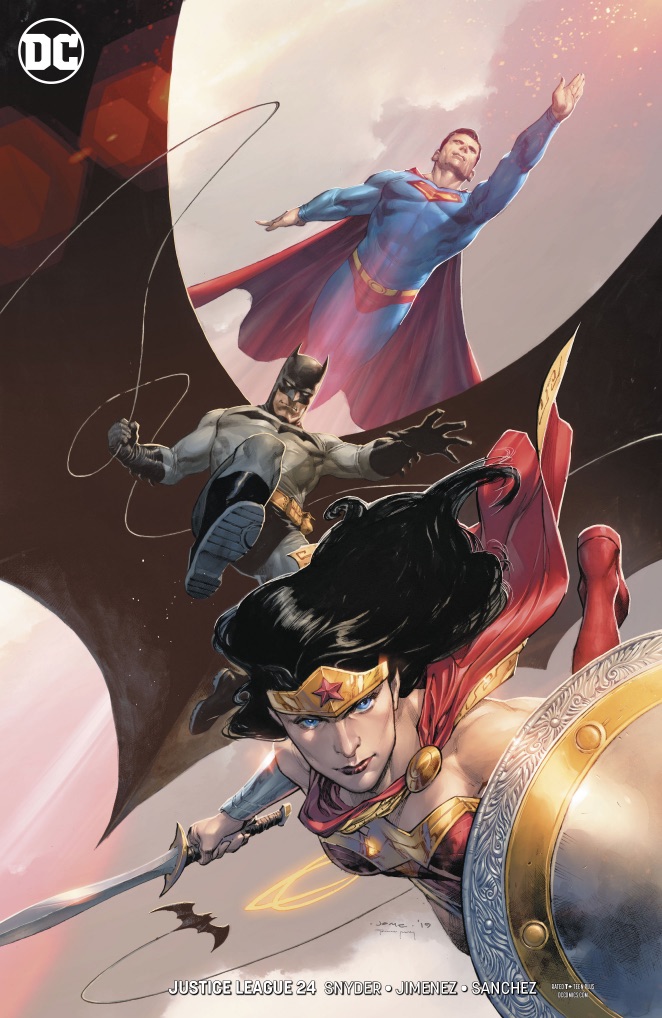 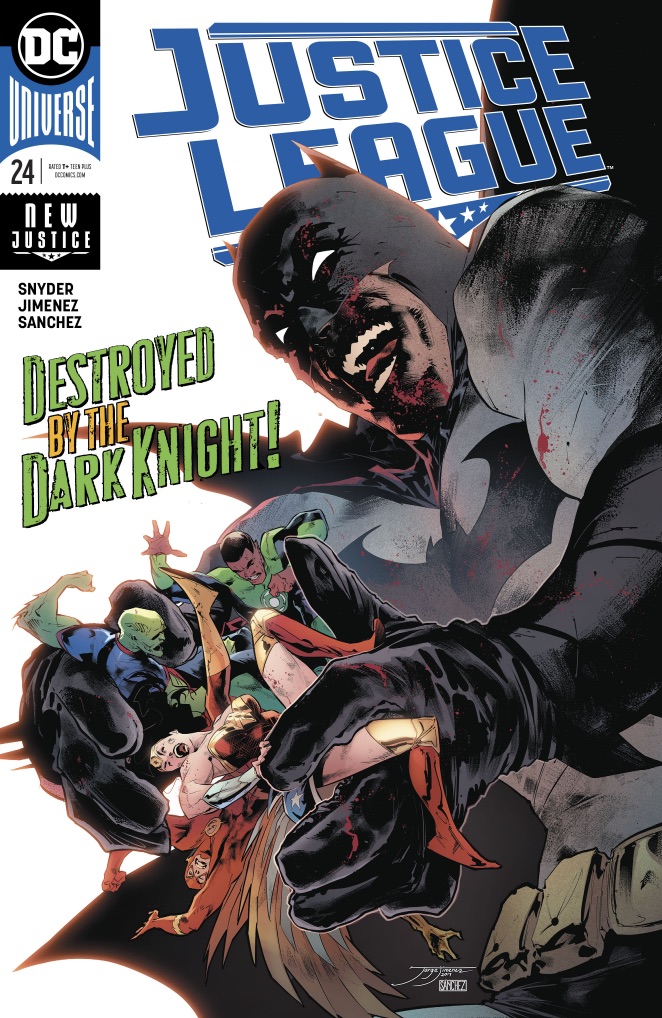 Reviewed by: James Lantz
Click to enlarge
Superman continues to use his memories of time with his son and attempts to light a memorial lantern for his father as a means to escape the darkness in which he is trapped in the Sixth Dimension. Batman is conflicted on whether or not to aid the World Forger even after moving the sun away from Clark's prison. The rest of the Justice League escape with Darkseid and the Legion of Doom from Lois Lane's pursing ships called Krypton Cradles, which can re-write any being's personality. Meanwhile the Dark Knight is shown to his throne room and final Bat suit which changed the multiverse by seeing into people's hearts. If he uses it, the multiverse will be reborn, albeit different. Yet, the price of such an act may be too big even for Batman to pay.

The Legion of Doom help the Justice League return to the Sixth Dimension's Hall of Justice to battle their possible future selves. To their surprise, they discover one of their own is allied with the older Leaguers. Batman is with them, and he has donned the final BAT suit.

Story - 5: Much like the MCU films before Avengers: Endgame, Scott Snyder's run on this title seems to be moving to a plot point or event that may begin to show up in the issues of the series. This is just one of the many reasons I keep coming back issue after issue. I'm curious about what happens next, there are some great character moments. Superman's memories and motivation for escaping, Batman's internal conflict on what is the right thing to do and the Justice League and Legion of Doom seeing each other in a different light (except maybe Grodd and Flash) combined with the all out darn good stories in the pages of this book truly make it a must read.

Art - 5: Jorge Jimenez pulled no punches with the art in this one. He put his best foot forward and gave us another issue full of eye-popping, incredible art. He and his style continue to work perfectly on this title.

Cover Art - 4: Creepy image, but it's awesome. Well worth every view.

Variant Cover Art - 4: Superman's face looks off in what is otherwise a beautifully rendered cover. It's enough to lower the image's score for me.