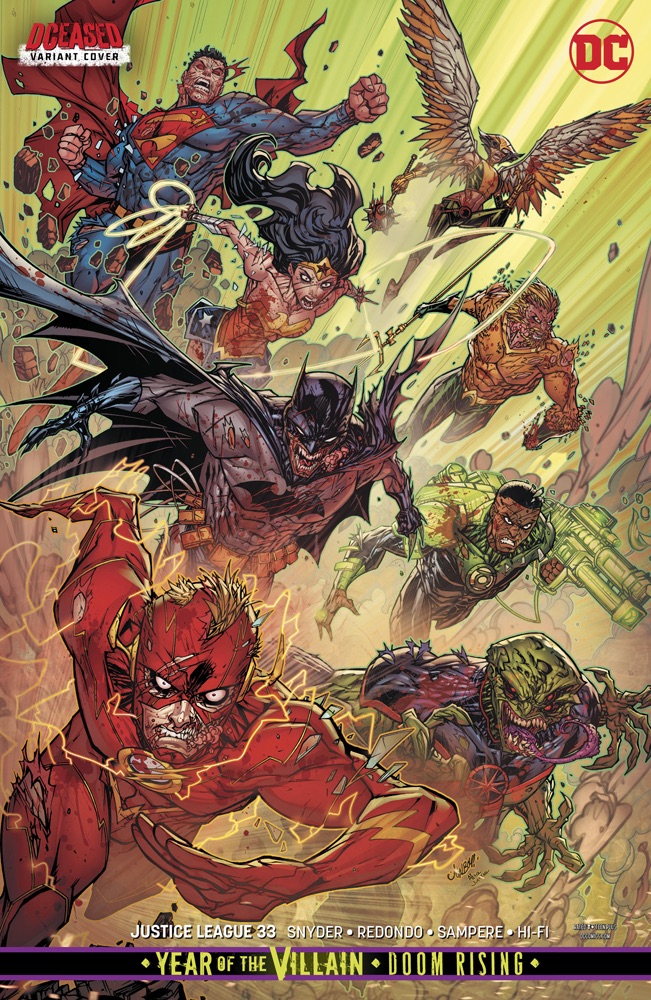 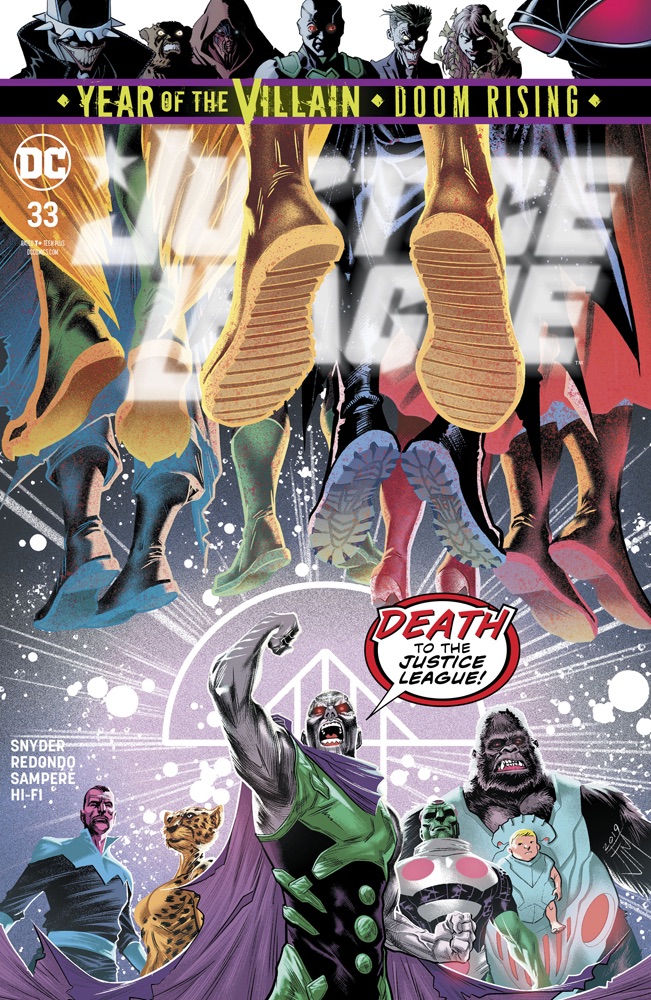 Reviewed by: James Lantz
Click to enlarge
Members of the Justice League in the past, present and future fight the Legion of Doom. In the past, Sinestro and Cheetah have taken Poseidon prisoner. Starman has charged the children of Perpetua with Totality energy, allowing them to become one being called the Ultra-Monitor. Mother and sons combat for the fate of the multiverse while Brainiac has taken the heroes of and in the future. Vandal Savage, new sovereign of Atlantis in 1941, has asked for the Justice Society, Green Lantern, the Flash and Aquaman to surrender their pieces of the Totality. The multiverse's only hope seems to lie in Kamandi and the Justice League Beyond.

Story - 5: Considering I just finished reading the new Legion mini-series as of this writing, this book is a breath of fresh air. There's a lot more going on in the 18 pages of this issue than in both issues of Millennium. Snyder and Tynion have written an engaging chapter in this arc that leaves readers begging for more and leaves them on the edge of their seat. I've gotten a bit picky, perhaps even jaded, in my old age. Yet, Justice League is one of those titles that gives me hope for modern comics.

Art - 4: Unlike the Legion of Super-Heroes: Millennium series, the changes in art styles throughout aren't too disruptive. It does distract at times. Yet, its transitions are smoother than most books with multiple artists.

Cover Art - 5: This cover fits this series storytelling like a glove. That said, it's a wonderfully rendered image.

Variant Cover Art - 5: Having not read DCeased, I don't know what is supposed to be the point of this variant. That doesn't hinder the fact it's a great cover.