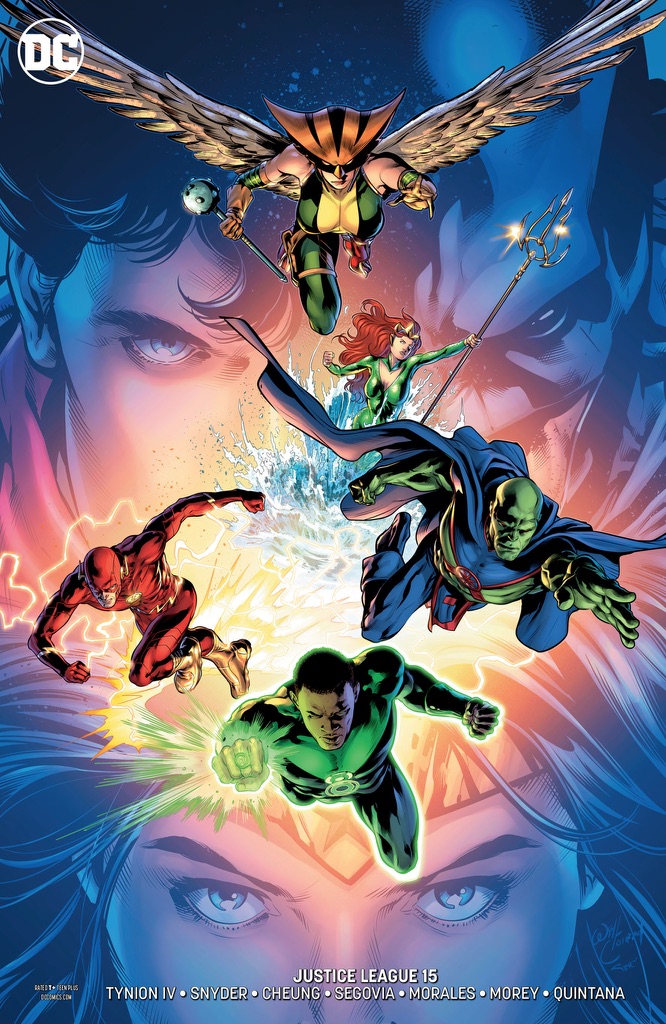 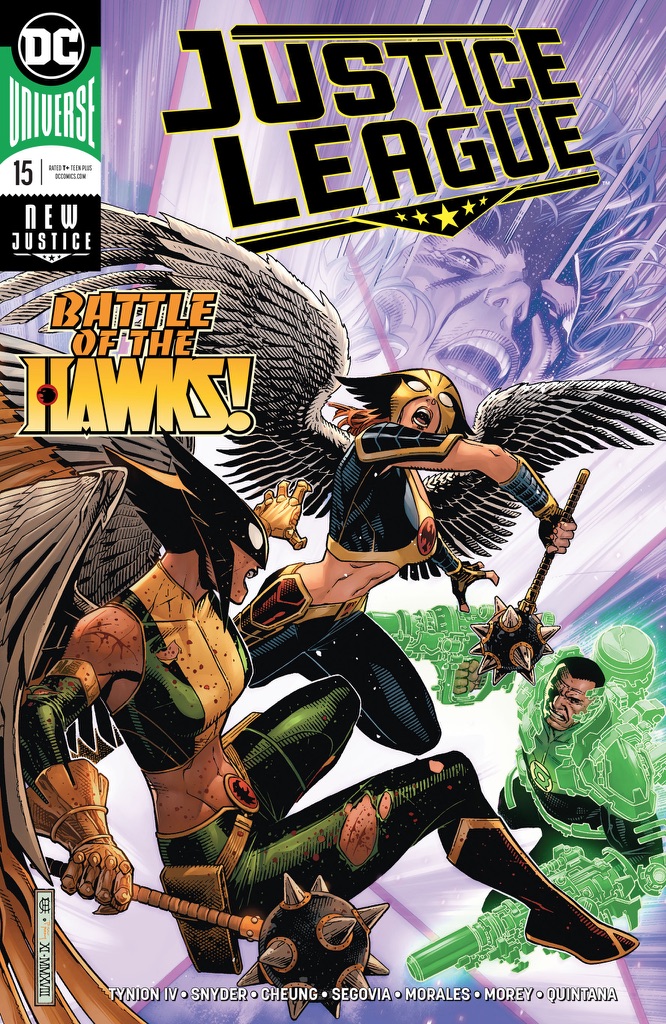 Reviewed by: James Lantz
Click to enlarge
Starman is on the verge of overloading on Earth. Meanwhile, John Stewart, Martian Manhunter and Hawkgirl must fight to get into Thanagar Prime's central vaults. The Martian Keep is being held prisoner there. Yet, if she is discovered by the cosmic members of the Justice League, other secrets may be uncovered, and some of those are what the Thanagarians do not want revealed. For if the truth is known, the multiverse will be changed forever.

As Hawkgirl and John Stewart take on the rest of the Green Lantern Corps, J'onn J'onzz has found the Martian Keep in spite of her warnings to stay away. She reveals that Thanagar and this Multiverse are all a lie. There was a multiverse before this one, and its mother is coming soon. She is Perpetua, and Starman is about to tell her story to Wonder Woman, Batman and Superman now that Diana's lasso has reeled in the energies contained in his body.

Story - 4: Considering most of the issue in this series have gotten a perfect score story wise, this one was a bit disappointing. I'm not saying it wasn't good. It was. It just wasn't as good as what came after issue #3. The story itself is on par with other chapters in Snyder and Tynion IV's saga. There are just some pages that feel like they deliberately prolonged the story for the hardcover or trade. Most comics are guilty of this nowadays. I had just hoped Justice League wouldn't be one of them. Still in spite of the middle of the book being a bit slow, this title is still one of the best DC has to offer these days.

Art - 4: The art suffers from the same problems as the previous issue. Jim Cheung's Superman doesn't look quite right once again.

Cover Art - 2: For an image that looks rushed, it's not a bad cover. Too bad it seems like it was done in the last minutes of the deadline. Perhaps I'm being too harsh, but this is the worst cover I've seen for this series so far.

Variant Cover Art - 5: This should have been the main cover. I want interior art by Will Conrad on this series.