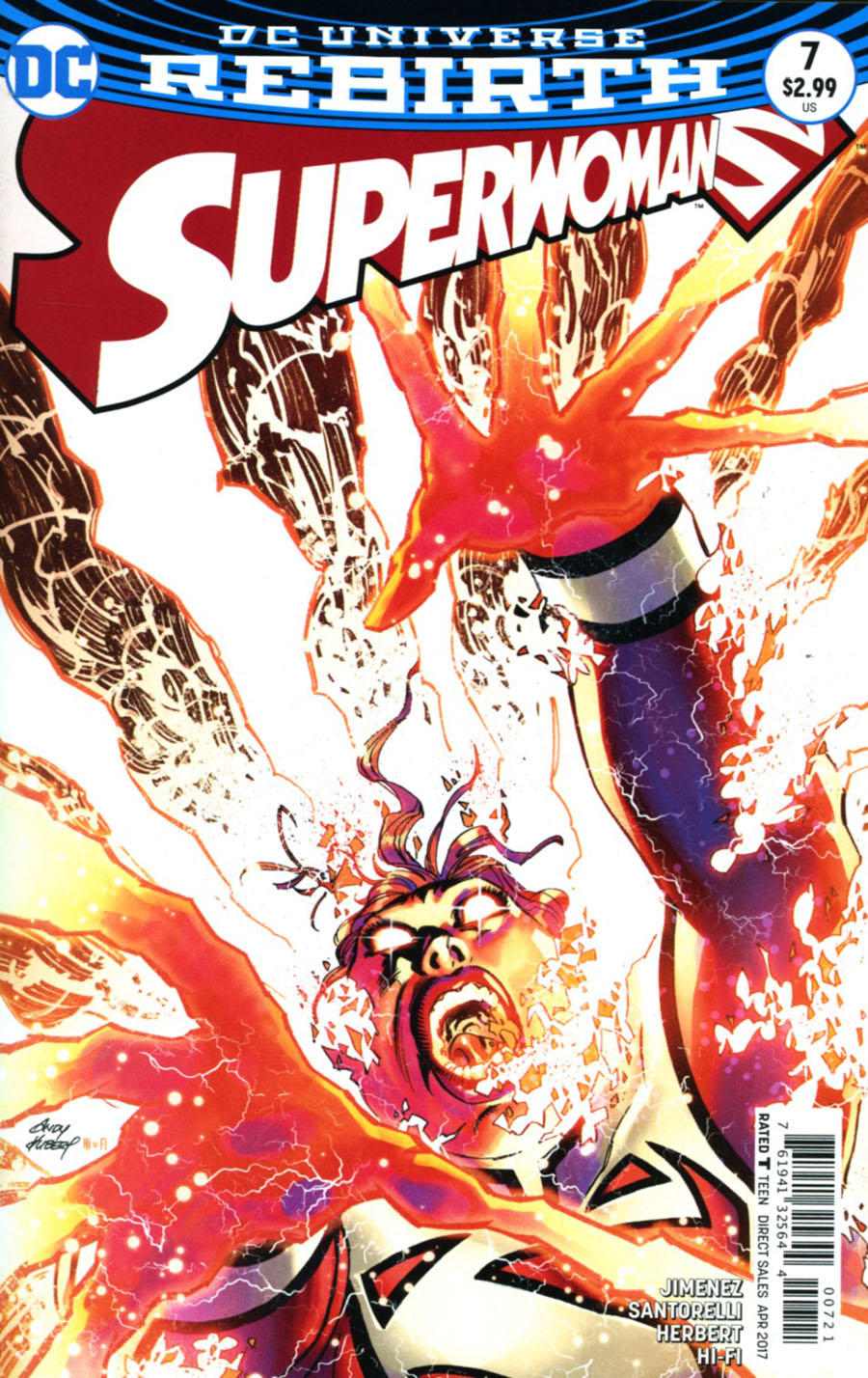 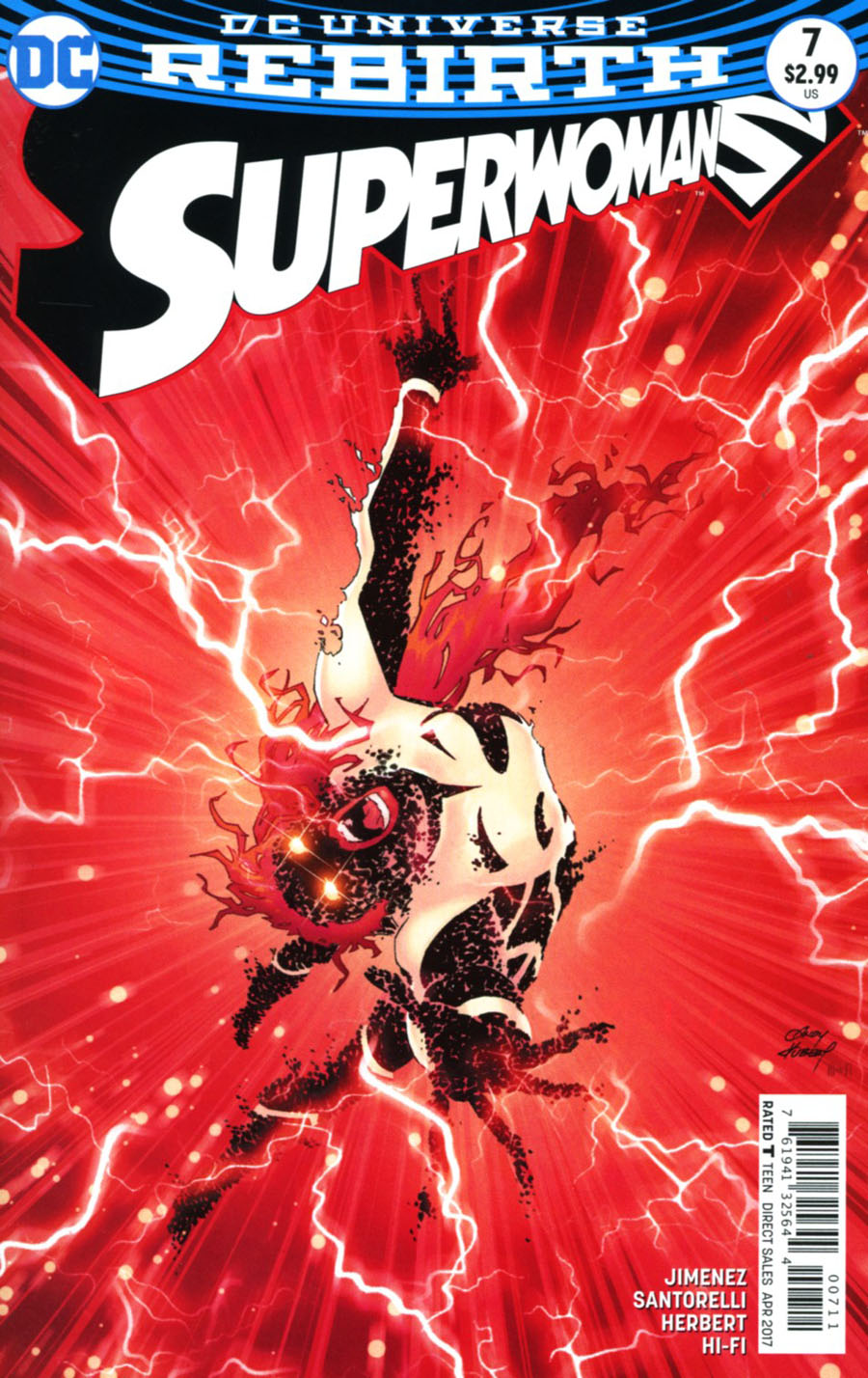 Superwoman and company face down Lena Luthor, and though successful, Superwoman's final fate is still uncertain as she proceeds to mimic the same throes that befell the New 52 Superman before he finally perished.

Story - 2: This "conclusion" disguised as the penultimate chapter in the storyline, is a clutter of panels. It's not that Jimenez's artwork is difficult to follow, but the plotting amid the mass of characters is altogether consuming of any sequential clarity needed to enjoy the images. The aforesaid coupled with six straight issues of Superwoman failing to answer the titular question of who killed Superwoman. The book has no... it is taking a monumental amount of restraint not to savage this title from stem to stern. I went in with high expectations that were met until the last page of the first issue. I have waited patiently and professionally for some resolution and some validation of the threads lain in that same first issue. Now, it seems like the book will be cancelled outside of a year, for all the talent amassed, these issues feel as if they are marking time for something readers who have bought on, did not ask for. The ghost of Lois Lane, the brusque Lana Lane, the emasculated Steel, and the incredibly discordant Lex Luthor (whom is forced to apologize in a manner that is beneath a character if his calibre), make me shake my head wonder just what is going on.

Art - 5: Plotting issues aside, Jimenez is still a powerhouse of panelling. The care, the detail, everything works, even when botched by fill-in artists who shouldn't be allowed to carry his water.

Cover Art - 2: An ugly mess, and from Andy Kubert no less.