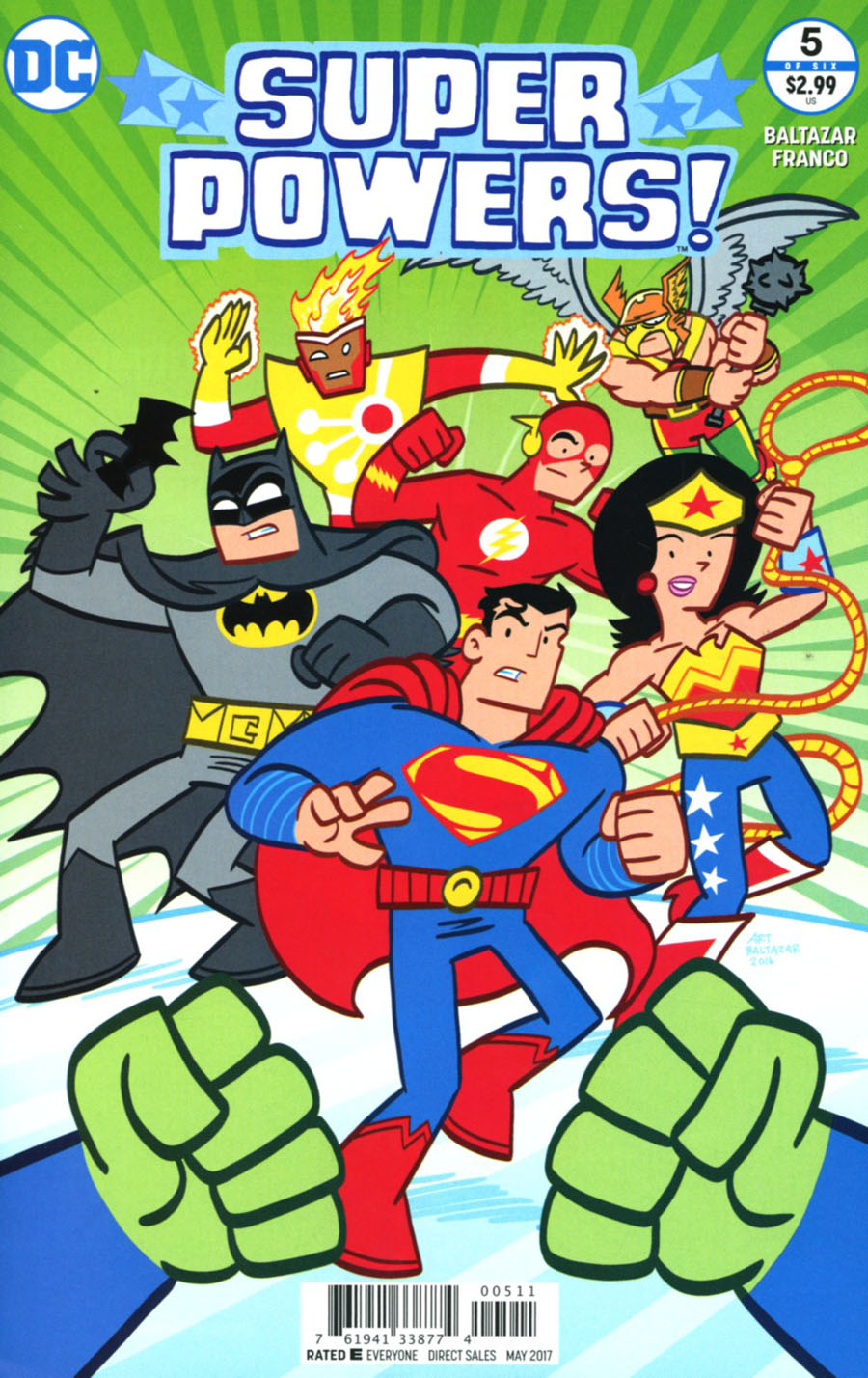 Reviewed by: Keith Samra
Click to enlarge
Brainiac attacks Lara, threatening to send her to the Phantom Zone. Pryme-El turns on Brainiac, as seeing his mother in peril makes him angry. The blast from the Phantom Zone projector hits New Krypton, sending the whole planet and Zod and his compatriots back into the prison dimension. The Legion of Doom flee, fearing that Pryme-El will destroy them in all his rage. The JL with Lara attempt to calm Pryme-El down, to no avail. Just then, the Superman of the future shows up, reveals to him that he is Pryme-El grown up, and takes him to the future.

Darkseid invades Gotham, and is greeted by the Joker. The other members of the JL arrive to stop his invading force.

The JL hears about Darkseid's attack on Gotham, and head on over to stop him.

Story - 5: I really feel that Art Baltazar and Franco should get the opportunity to write one of the regular books one day. They have a good grasp of the DCU characters and also complex storytelling. Even though they borrow ideas from other books for this one, they seem to make it really work flawlessly. I liked that Pryme-El was the unknown Superman from the future. It has All Star Superman written all over it, but they made it work as a concept that fits into concepts from the Legion of Superheroes.

I was surprised that Lara has become the new Super Woman. But when you think about it, why not? Jor-El is trapped in the Fortress as a ghost, she may as well make herself useful. Really wish we had had a chance to see Ma and Pa Kent though.

Just as I always say, this is a good little book for the young ones and parents alike.

Art - 5: The storytelling through the art is next to none. The simplicity, coupled with multiple panels per page is far better than what some other artists are able to accomplish in the main universe.

I've said it just about every issue, this style would make an awesome kids animated series! WB animation should really look into that!

Lastly it was great to see the Joker, but what I loved more was seeing Golden Pharaoh. The title Super Powers, and its trade dress is the same as the toy line of the 80's, which was my gateway into the DCU. Golden Pharaoh was one of the characters from that line that was created specifically for the toy line. I love that they bought him into this series. It's evident that they are fans of the toy line also.

Cover Art - 5: I like that the cover is seeing the JL through Pryme's eyes. Good group shot.