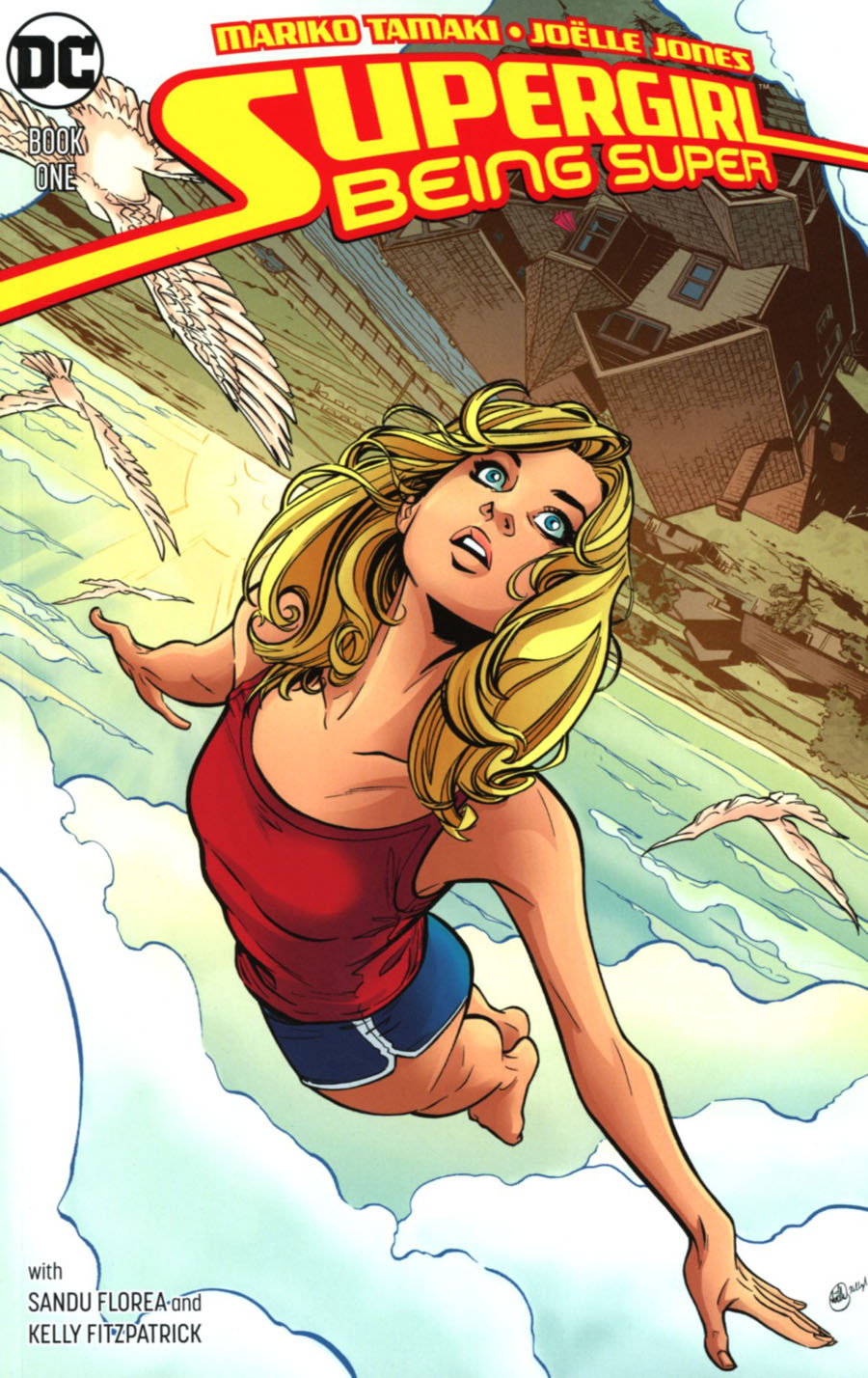 "Chapter One: Where Do I Begin?"

Reviewed by: James Lantz
Click to enlarge
Kara Danvers of Midvale is a sixteen year-old girl trying to live the typical life of a teenager in spite of superhuman strength, glowing hands, the ability to fly and a pimple that makes her bathroom look like a scene from Alien when she pops it. Her eccentric father doesn't believe in birthdays, but her mother allows her to celebrate. Yes, Kara Danvers has average good and bad days like everyone else. However, at a track meet where college scouts are observing students as potential material for their universities, an earthquake occurs. The ground cracks and crumbles. Kara is able to rescue her friend Dolly. Yet, in the pandemonium of a panicked crowd, her other friend Jen, who hopes to be an Olympic champion, is lost.

Story - 5: This is what a Supergirl book should be like. Sure, the pacing might be slow for some, but it feels like the creative team is trying to give Kara her own version of Superman: For All Seasons. It's mostly character moments throughout to set up Kara's life for the reader. Yet it works perfectly for this issue. It's a pity Supergirl's monthly book hasn't been this good so far. I'm looking forward to chapter two of this story.

Art - 5: The art in this book is stunning. More comics need to be rendered as incredibly as this one.

Cover Art - 5: This cover, like the interior art, is beautifully drawn. I haven't been impressed with a Supergirl cover like this since the New 52 series.