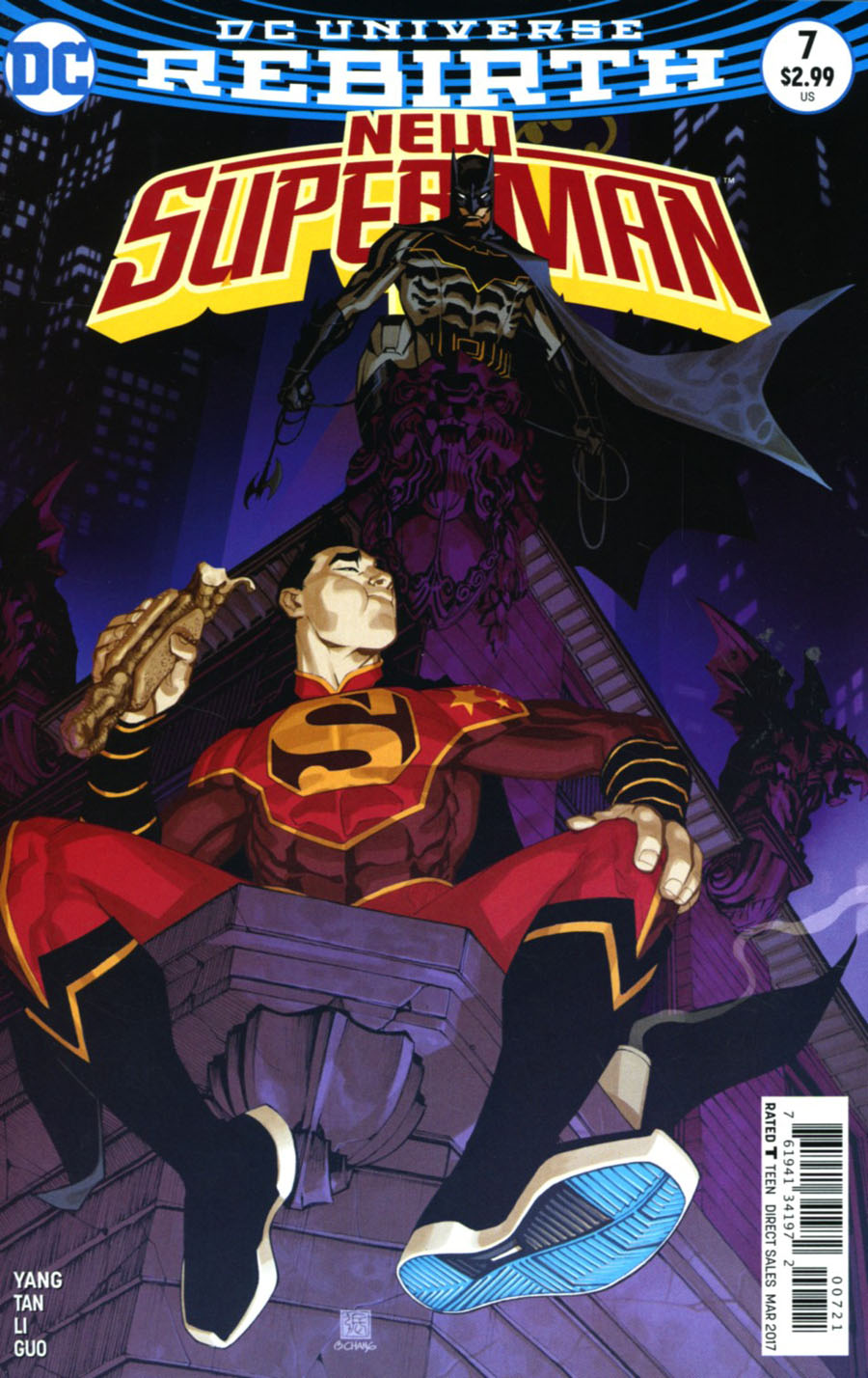 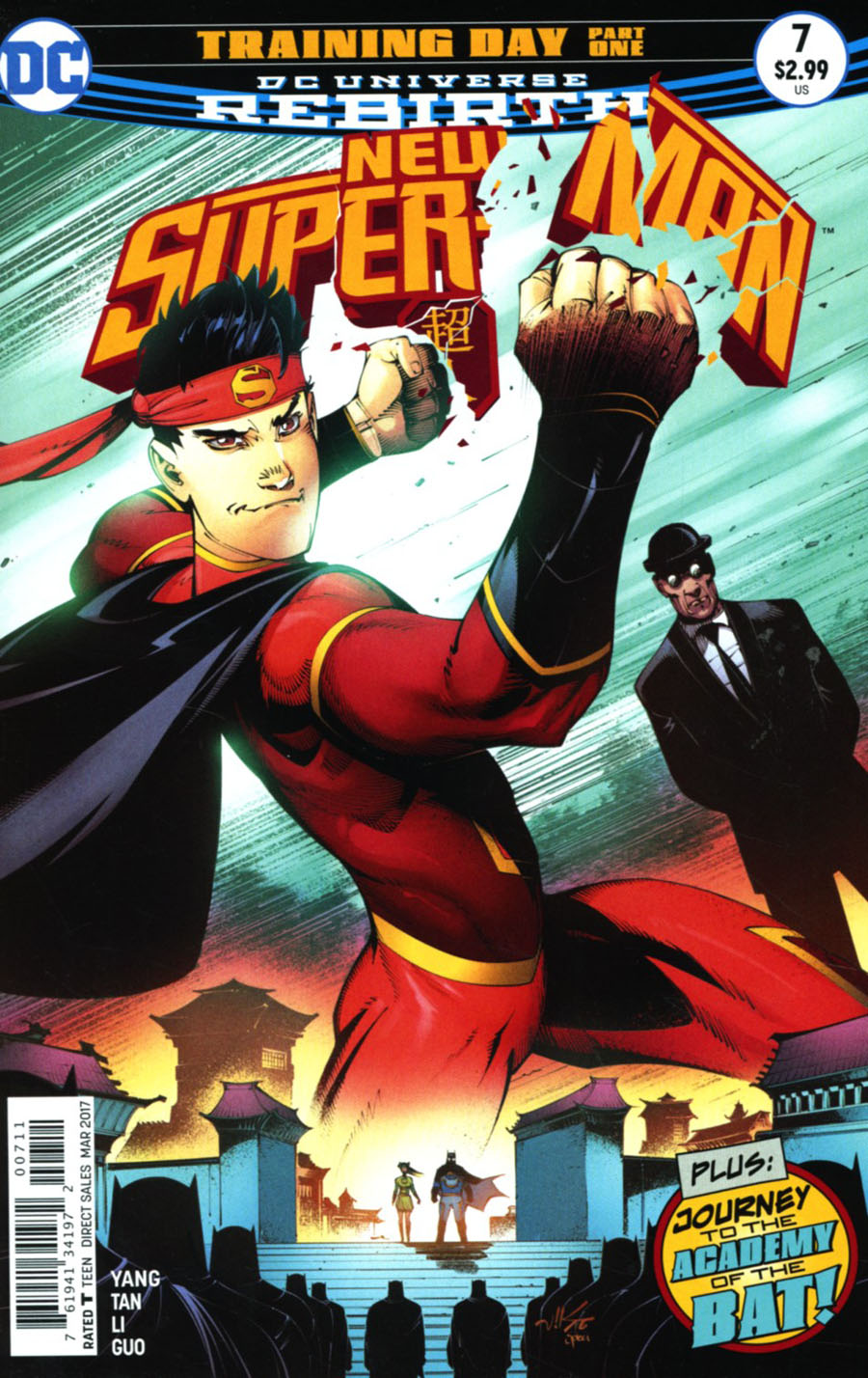 The JLC is celebrated for their defeat of the Freedom Fighters. Bat-Man and Wonder-Woman visit the Academy of the Bat where Bat-Man is challenged to a duel by a former classmate and rival. Kenan goes to receive training from Master I-Ching to gain control of Superman's qi.

Story - 4: There's a lot of comedy in this issue, and it's much needed after the dramatic conclusion to the last arc. The scenes with Kenan and Master I-Ching are probably the best in the issue. The characters play off of each other rather well. I also find it interesting seeing the Academy of the Bat. It gives some more insight into Baixi's backstory as well as develops the idea that the Justice League of China is something that the Ministry of Self-Reliance has been working on for quite some time, as training not one, but hundreds of students in the ways of Batman. It is also interesting to note that the Academy is still in operation and training new students, meaning that Baixi is totally expendable and can be replaced.

I'm glad to see that Kenan is not a perfect person in this issue. It would have been easy to have turned Kenan into this kind, selfless character fundamentally changed after the death of his father. He still has moments of selfishness and pride that shine through, but I can totally understand his motivations.

I'm not entirely sure why the scene on the first page of the issue was included. It's never referenced or expanded upon and feels a bit out of place because of this.

Art - 5: Billy Tan does a great job taking over art duties. I enjoy seeing another person's take on Kenan and his friends. I don't know if Tan is replacing Bogdanovic or filling in for him, but I would me more than happy to see more of his art on this title.

Cover Art - 5: This is quite the visually interesting cover. The light blues behind Kenan are eye-catching. The portion with Kenan has a sort of Karate Kid thing going on. I also appreciate the bottom portion of the cover. Bogdanovic has drawn a cover that gives the reader an idea of what the story is about, and that is always a plus in my book. I'm curious to know who the mysterious man on the right is. I don't remember seeing him in the comic. Unless he's supposed to be Master I-Ching. The only reason I say that is because of the glasses. Other than that, I have no idea who that is supposed to be. It isn't worth lowering the score for, but definitely something worth bringing up.

Variant Cover Art - 3: Okay, I think I understand what last issue's variant cover was about. It seems to me like they are featuring the members of the Trinity on the variants one member at a time. Interesting, but I feel like the idea could have been executed a bit better. Maybe a set of connecting covers featuring the Trinity and the JLC? I don't know. I just know I'm not too crazy about the art. On a side note, Batman looks great.