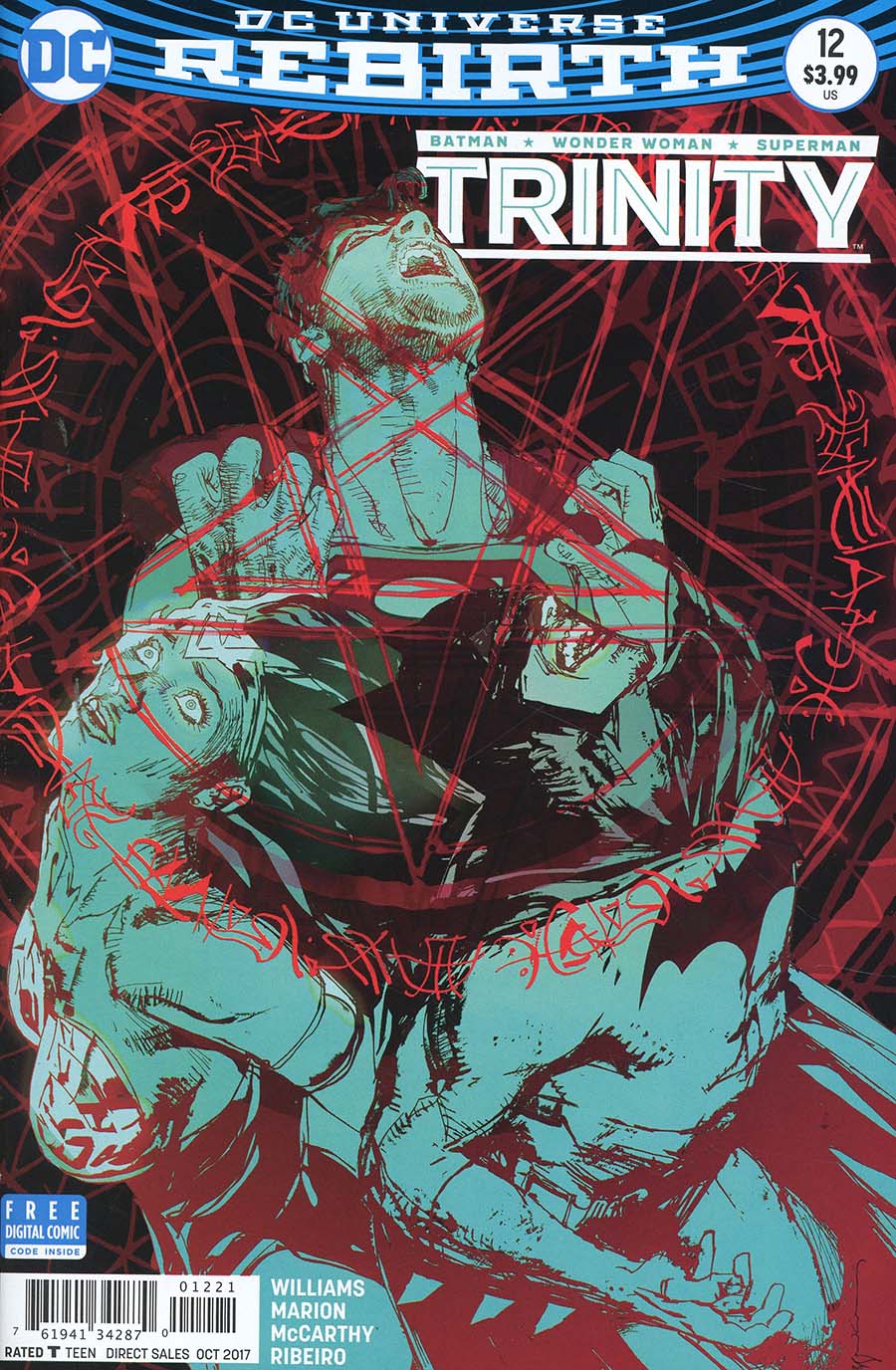 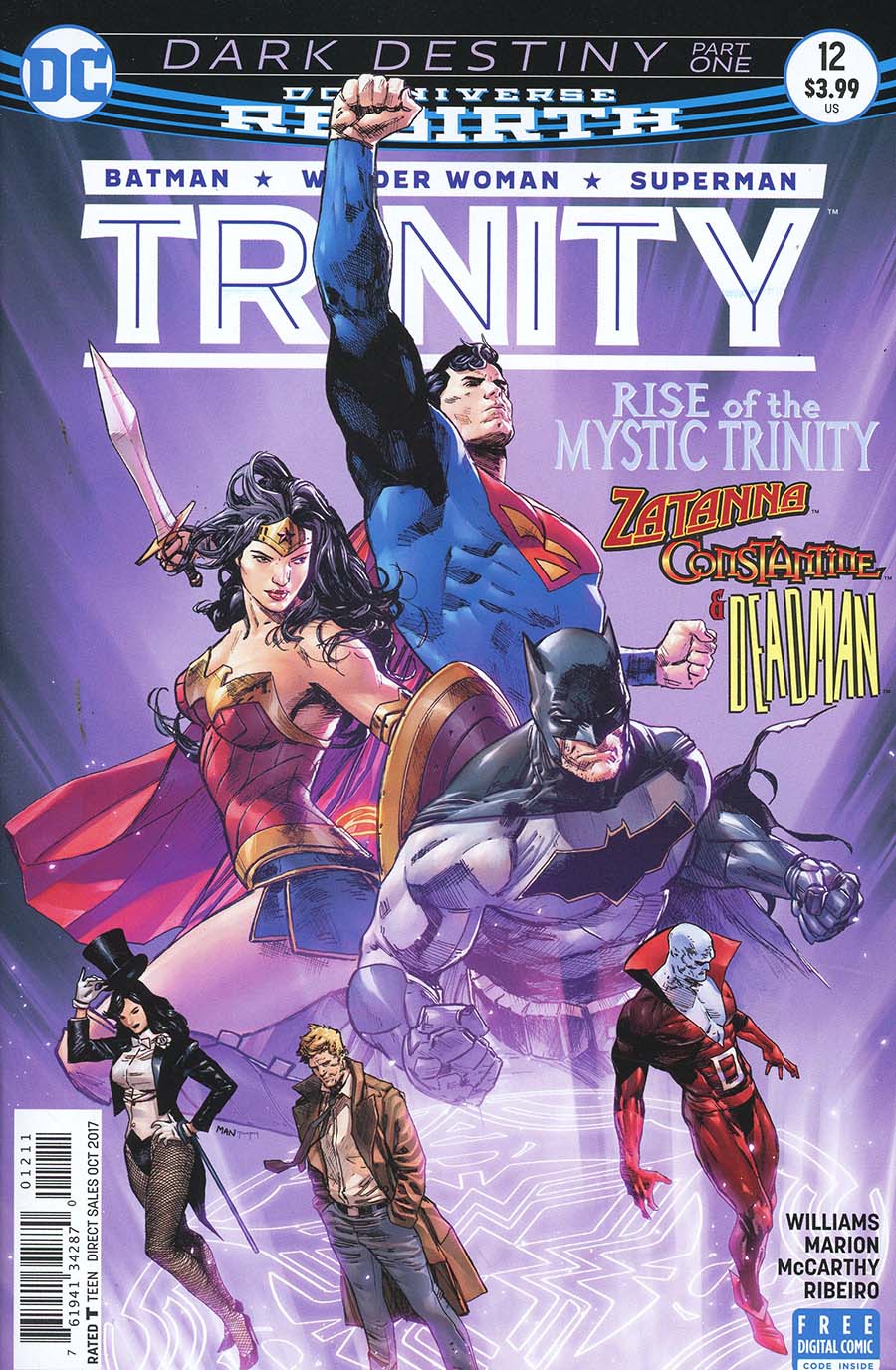 It is time to forge a new Trinity of heroes.

A mystic trinity consisting of John Constantine, Zatanna & Deadman are summoned to a mysterious location only to be greeted by Batman, Superman and Wonder Woman. Batman reveals to the curious supernatural heroes that three foes have attacked them.

The combined might of the Batman, Superman and Wonder Woman prevented them from falling to Artemis, Bizarro & Red Hood but by pure luck they captured Jason Todd before he could evade them. The Red Hood has become possessed by some evil force but Bruce, Clark & Diana don't have the skills to perform an exorcism.

Red Hood magically sucks in Deadman & Zatanna leaving only Constantine behind and the information that the Pandora Pits are behind their current woes. As John Constantine follows his friends into Red Hood's mystical doorway Bizarro and Artemis arrive to hinder the heroes. It is a race against time for the mystic trinity and if they fail, Batman, Superman and Wonder Woman will die!

Story - 4: Longtime readers of the reviews know that I complained about the Unholy Trinity arc not being followed up.

The annual expanded upon the story with Etrigan but it still didn't really do justice to the Unholy Trinity introduction.

I had hoped that Circe and Ra's Al Ghul would try the subtle route but as soon as Batman reveals the attack it was clear the two villains were no longer interested in hiding their plot. Williams seems to want to escalate the threat and the stories significance. Each continuation feels like it is a change of direction but I applaud the expansion of the material.

Art - 4: The pages are bursting with energy. The color palette and layouts want to escalate things just as much as the story. It works to a degree but the cartooning element to it doesn't seem to gel completely except when Jason Todd submits fully to the magic.

Cover Art - 4: This is a great cover but if I had the choice it would be to have the Mystic Trinity the focal point rather than Superman, Batman and Wonder Woman.

The palette could have been muted somewhat but again these are choices I would have made it I were in the driving seat. It is a cool cover but the balance between the two trinity teams should be addressed.

Variant Cover Art - 2: It is personal taste but the cover it too abstract for me. It is in keeping with the mystic theme but to me it isn't a patch on the main cover. It feels too busy with a mix of techniques and 'muddy' with heavy coloring.