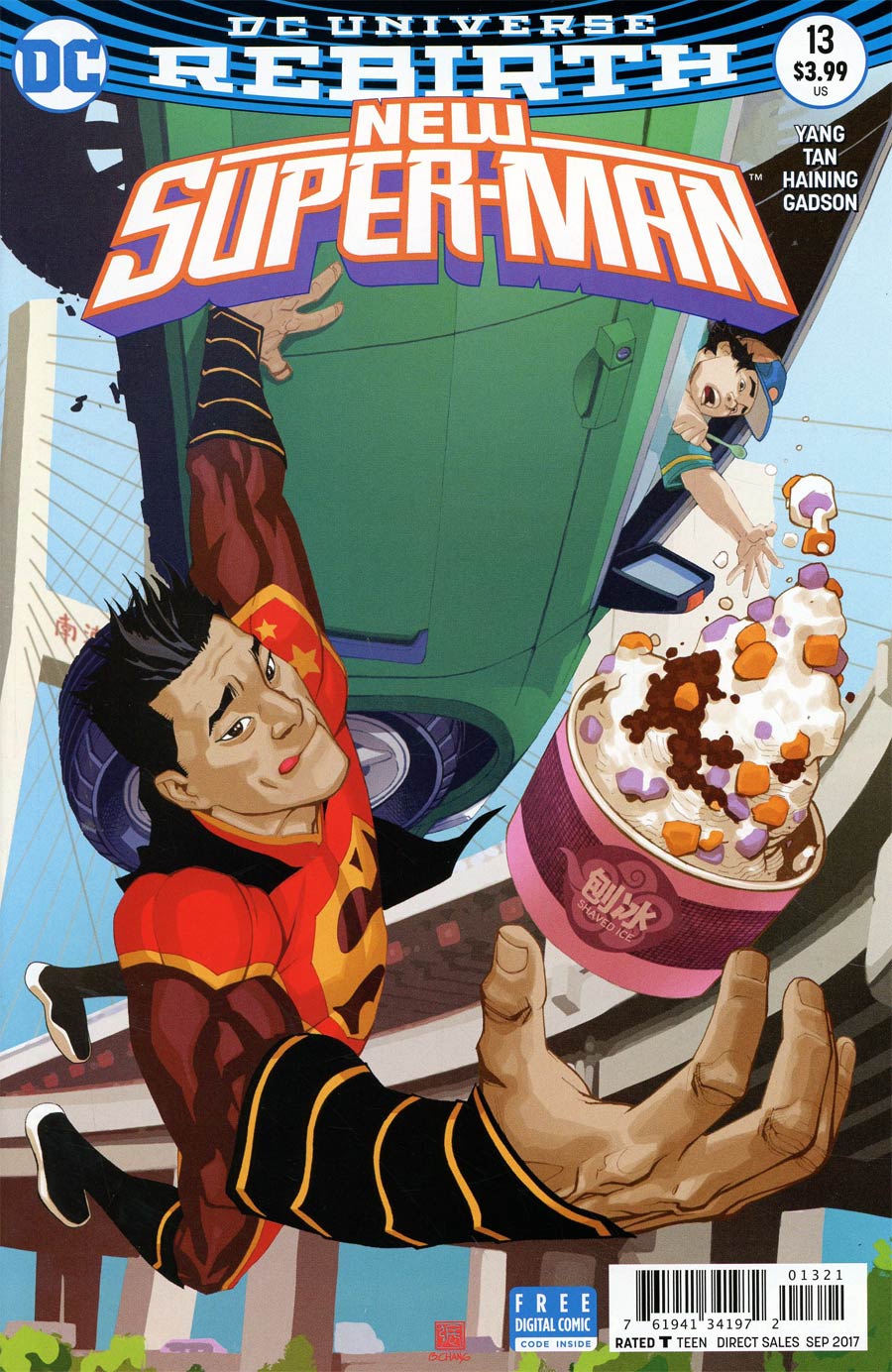 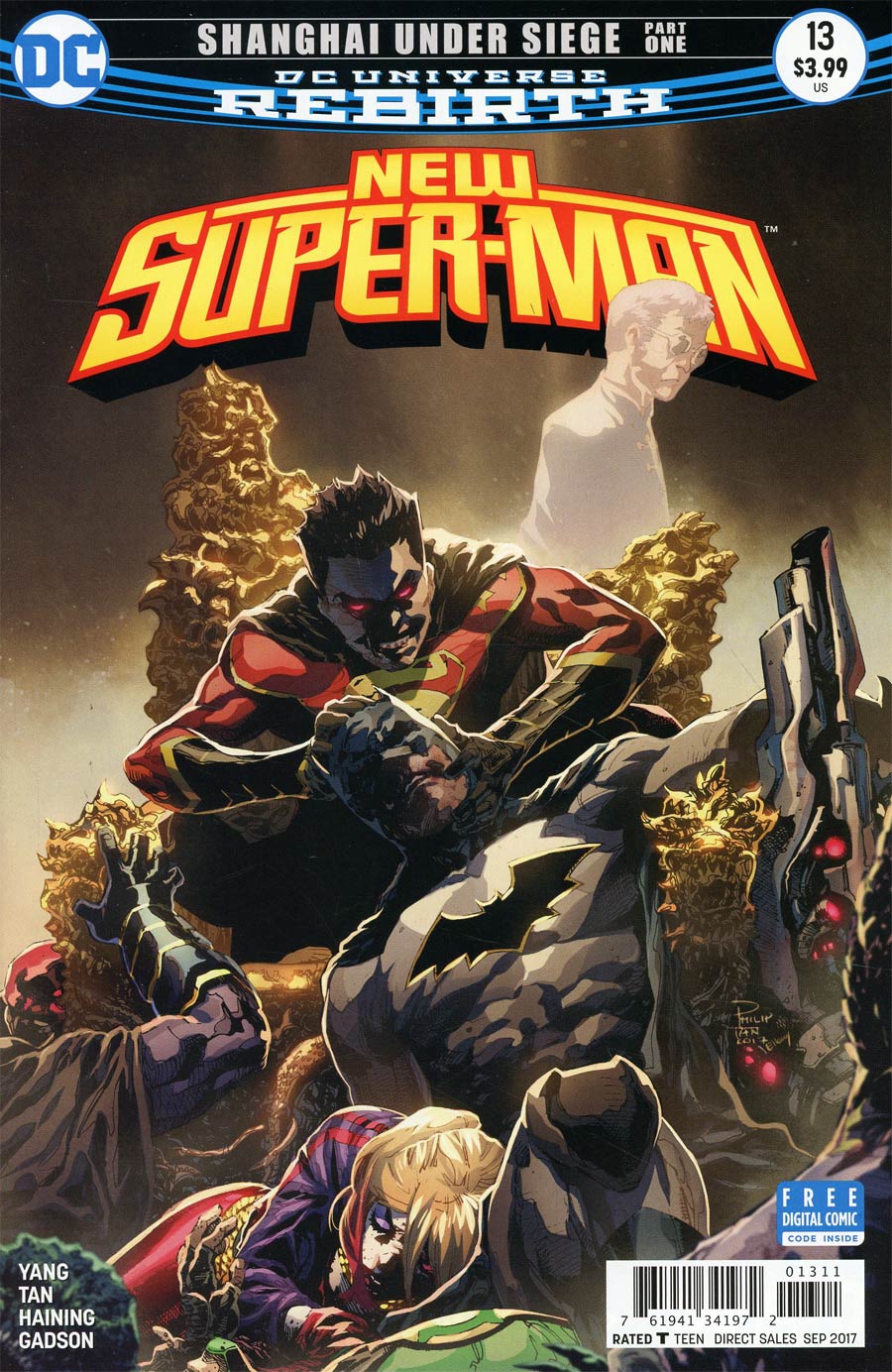 "Shanghai Under Siege" - Part One

Shocked by Dr. Omen's revelation, Kenan finds himself questioning if he should save her and if she's even telling the truth. Before he can rescue her, Emperor Super-Man snatches Dr. Omen and freezes Kenan with his ice breath. Kenan is freed by Avery and makes a bee-line for the Loess plateau where his father was being held, only to discover that his father has been taken. I Ching and Avery are brought up to speed and Kenan decides that now is the moment to lead. In order to do that, he must find the remaining JLC members.

At the Fortress of Sovereignty (formerly The Shanghai Tower), Emperor Super-Man holds Dr. Omen hostage. He demands that Dr. Omen release the prisoners of the Crab Shell Dungeon, or else he will boil her husband alive.

Kenan manages to find Baixi and rescues him from suffering a spinal injury at the hands of Anathema - a Chinese version of Bane. With Bat-Man found, the JLC spring into action to locate Wonder-Woman.

Story - 3: Not much happens in this issue. That isn't to say that the issue is bad. Overall, it's a quick and entertaining read. My problem lies with the fact that barely any development is present. By the end of the book, the reader knows as much as Kenan does regarding Dr. Omen. I know all will be revealed eventually, but I would like answers as soon and as cohesively thought-out as possible. At the end of the day, my desire for answers serves as a tribute to how well-crafted this title is.

Art - 4: Billy Tan continues to impress me. There's a great panel near the beginning of the issue showing Kenan flying to save Dr. Omen that just screams Superman. There are very few instances of wonky art. I hope Tan sticks around.

Cover Art - 1: This cover depicts nothing in the issue. It's also needlessly macabre.

Variant Cover Art - 1: I can't get on board with this. Is it too late to request a new variant cover artist? I'm just getting really tired of the "Kenan does something wacky with food" covers.