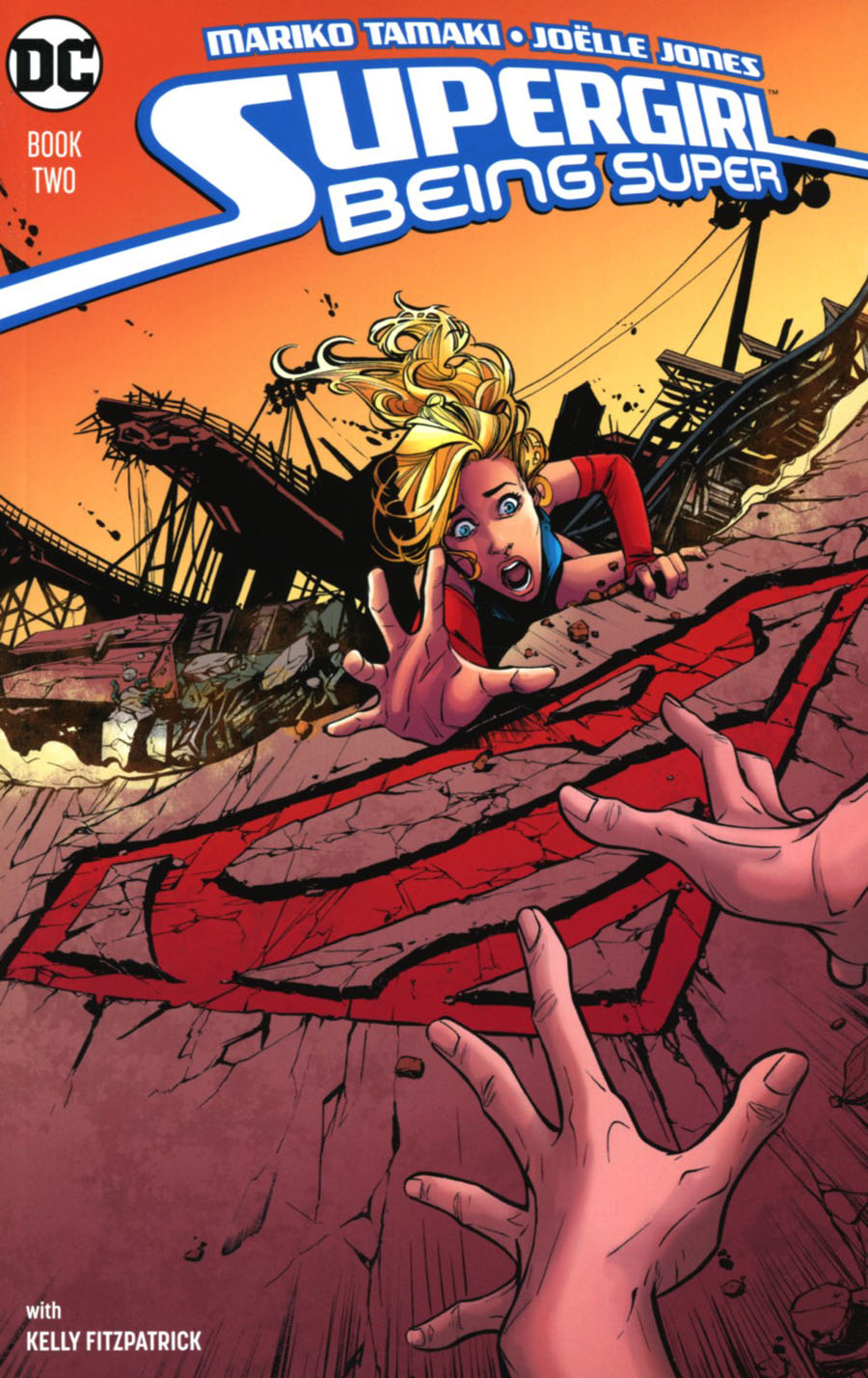 Reviewed by: James Lantz
Click to enlarge
Try as she might, Kara Danvers cannot save everyone from the Midvale earthquake. While she rescued her friend Dolly, she was unable to do the same for Jen. Her glowing prevented her from keeping a good grip on Jen. Her own tormented soul won't allow Kara forgive herself no matter how much anyone tries to console her. Meanwhile, Midvale's girls' track coach seems too interested in Dolly, Jen and Kara, for only they received fitness trackers from her when the rest of the team did not. In addition to that, Kara dreams of being placed in the pod in which her Earth parents found her. She had been in a red fabric with a yellow S-shield on it. There is also a cry for help in Kryptonian and some mysterious person tracking energy signatures. How does all this affect Kara Danvers? Is it connected to her unusual powers and abilities far beyond those of a mortal teenaged girl?

Story - 5: Why isn't Mariko Tamaki doing more for DC? At least in this series, Tamaki has shown a good grasp of characters and situations for a young Supergirl trying to figure out her powers and her place in the world. While the new monthly "Supergirl" book featuring Kara tends to force similarities to the Supergirl TV show into its pages, "Supergirl: Being Super" feel like it is a true reboot of Kara Zor-El. Here's hoping Mariko Tamaki gets to write a comic about the Man of Steel someday.

Art - 5: The art seems a bit rougher looking this time around. This could be due to the inking. However, every page is beautifully rendered.

Cover Art - 5: What was already said about the interior art goes for this cover as well. It's stupendous.