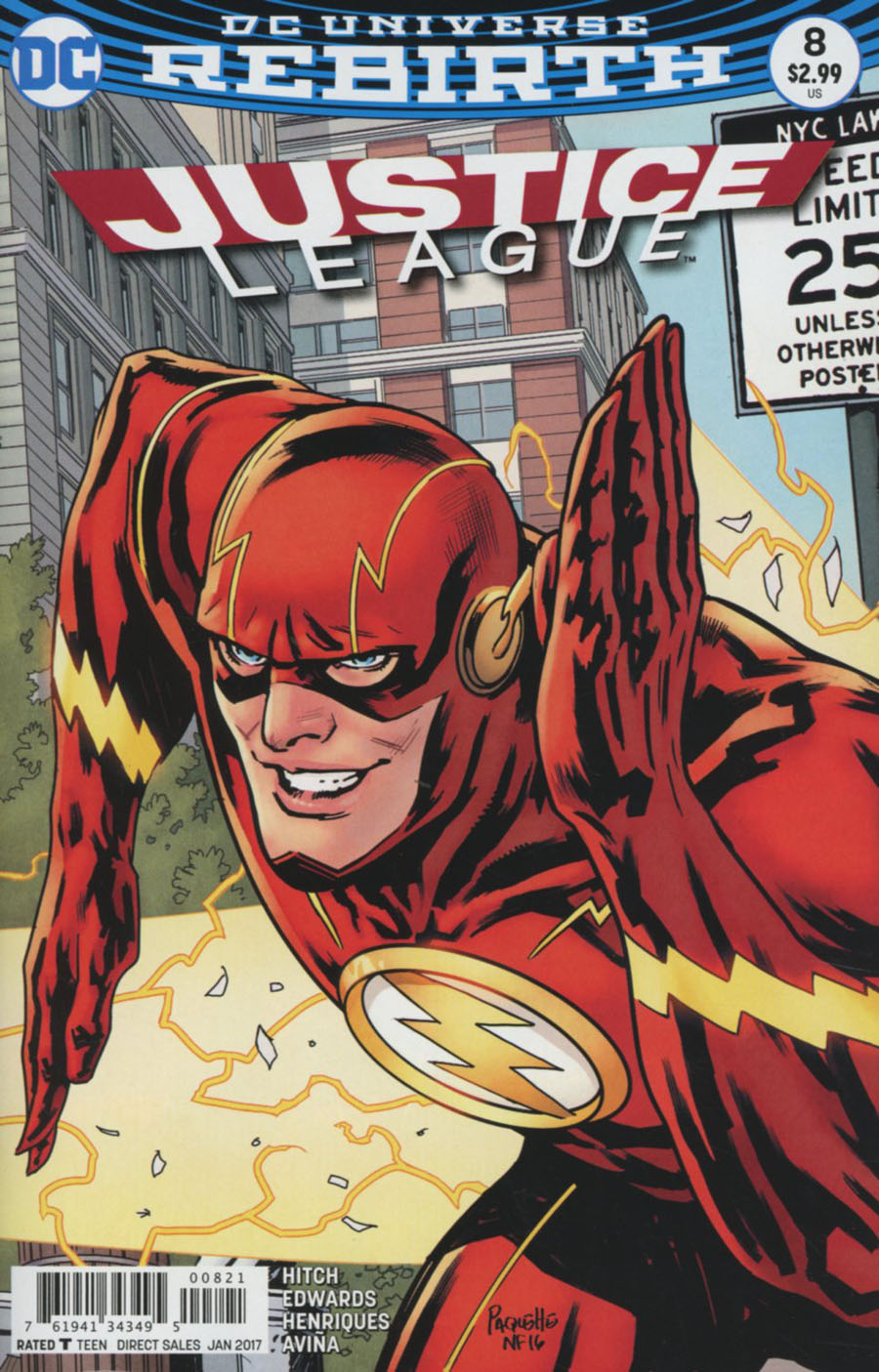 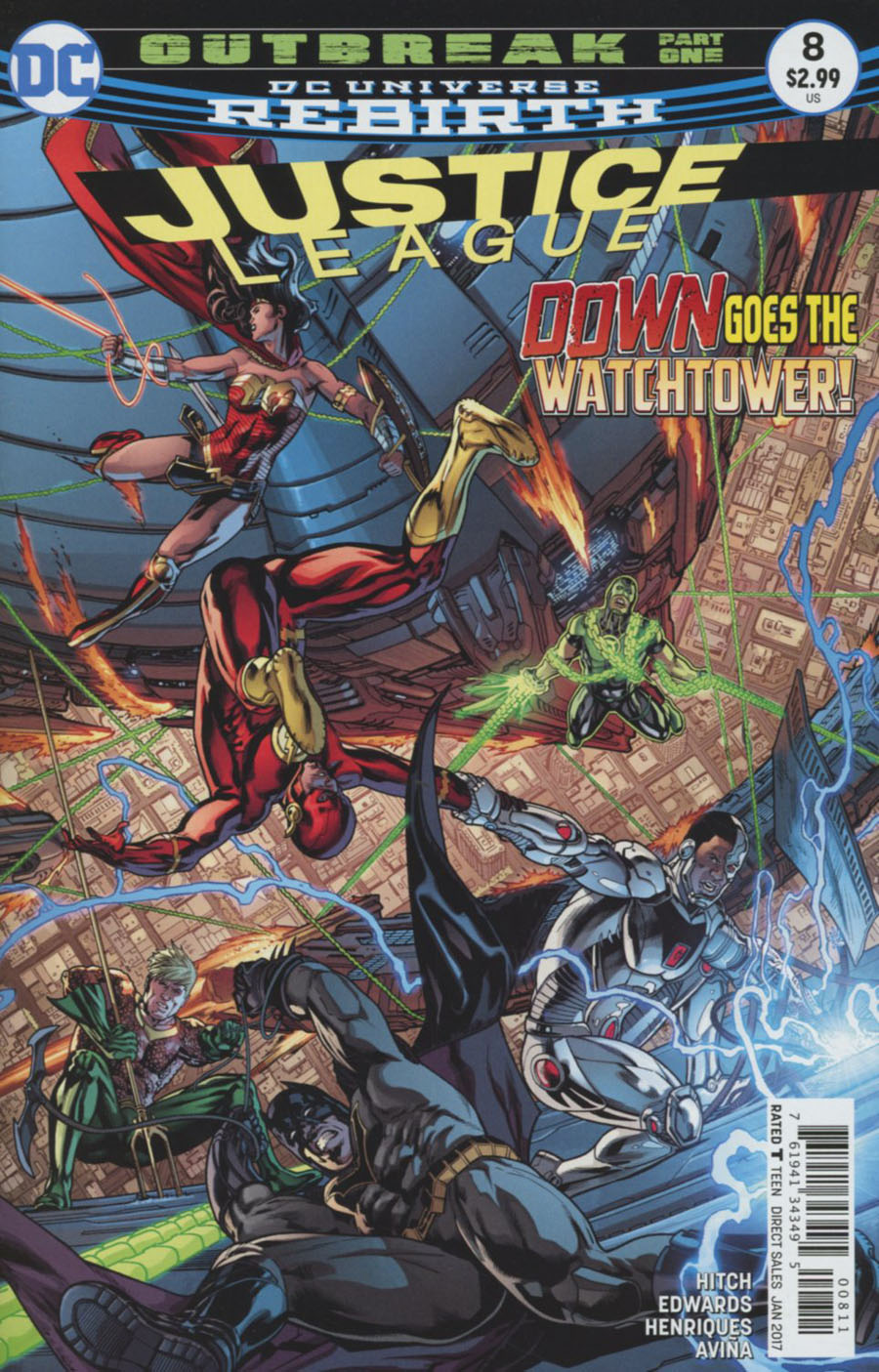 An unknown entity has co-opted Cyborg's text, and the Batman's utilities, forcing them to fight against the technology that is supposed to serve them. Things go from bad to worse when Cyborg corrupts Green Lantern's ring.

Story - 3: While this is a better installment, it's still a redundant one. Once again the Justice League fights against and unknown, unseen force, with the power to corrupt them. Previously it was fear that manipulated them. Currently, it's technology. Even the technology of Green Lantern's ring isn't immune (though it should be!), which leads to the set for next issue... much in the same way that fear infected Superman set up the stage for another Batman vs Superman battle. This time, however, we will have to be content with Green Lantern fighting the entire Justice League. There are some excellent scene this issue, and they all involve Cyborg's actions to stop a hurtling Watchtower from crashing into San Francisco a la "Star Trek". Still, one of the most hackneyed situations with Cyborg, is him being co-opted through his technological being, so it's hard to award points for good results through jobbing him. Next issue will be a big indicator in whether or not Hitch has settled into the role of a writer, or still making things up as he goes along.

Art - 4: Edwards is definitely a competent artist, but this issue lacks anything dynamic enough to make it more than that.

Cover Art - 4: The covers are getting better as the story struggles.