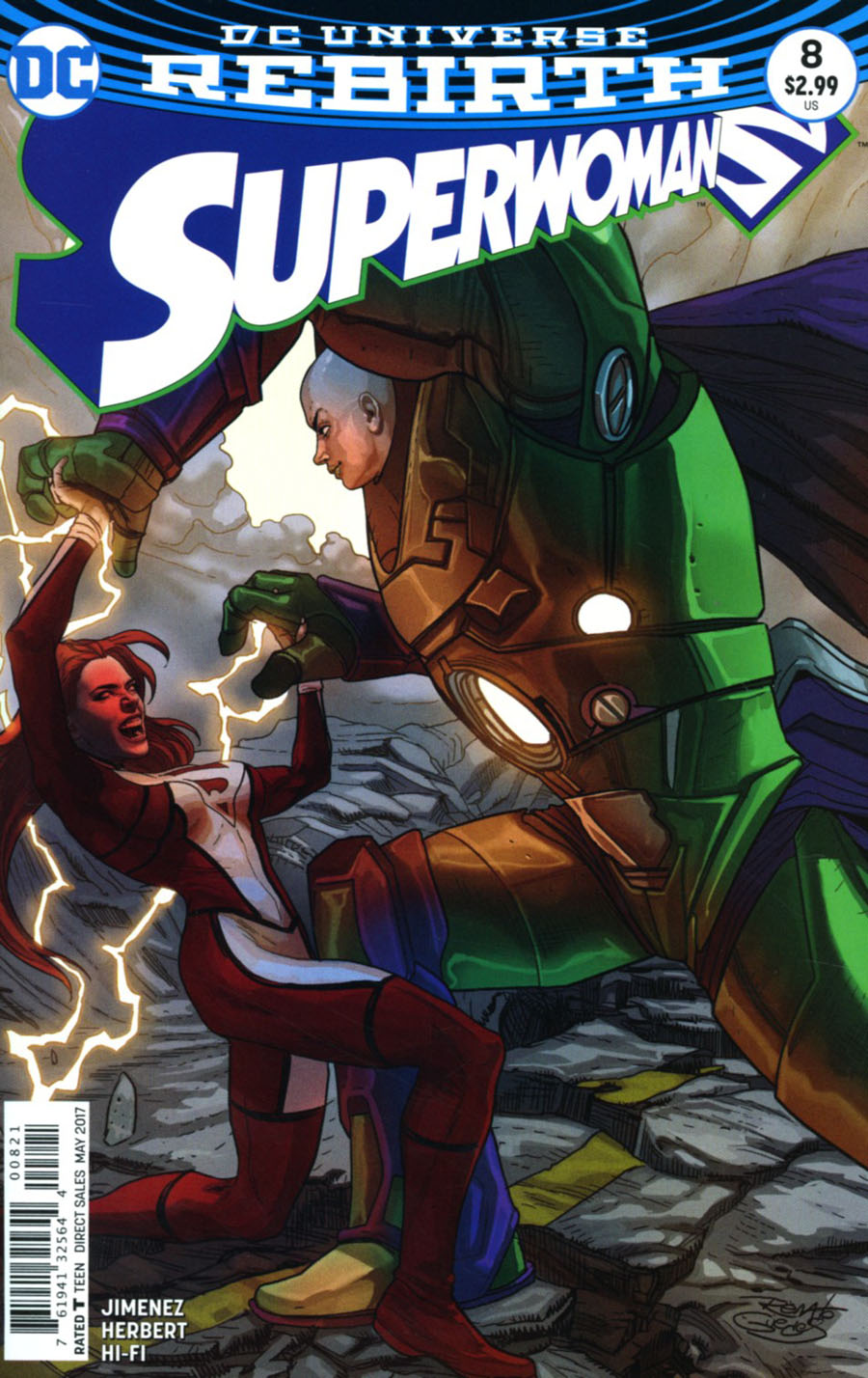 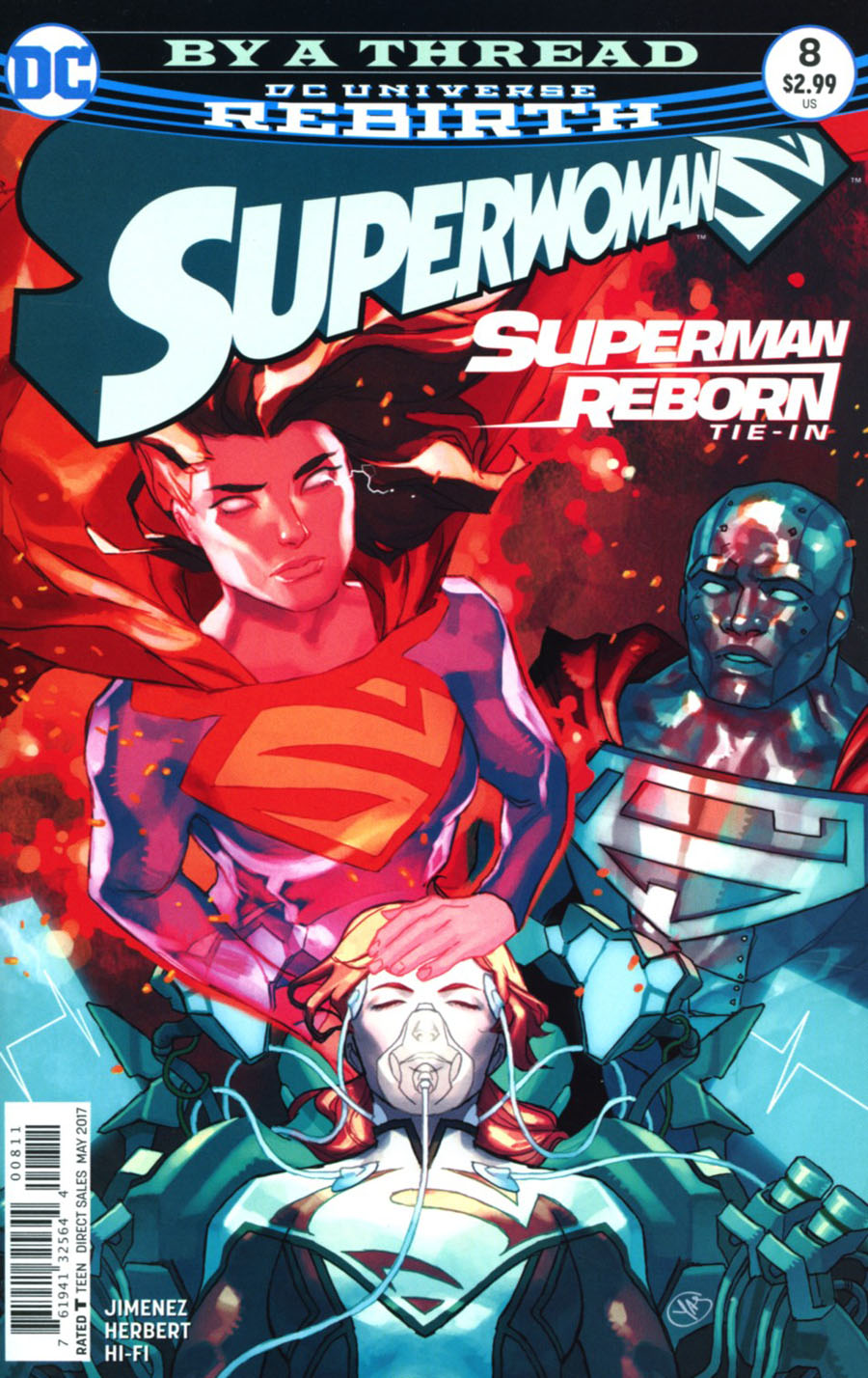 "By a Thread: Superwoman Reborn?"

In a state of imposed reverie, Lana Lang/Superwoman, carries on a discussion with the people of her past. The conversation provides her with direction, but not freedom from her unconscious state.

Story - 5: Lana Lang has been brusque, whiny, and overbearing. Jimenez has decided that she will be a heroine, made, as opposed to a heroine, born. That process has been beset with pitfalls and annoying deliveries. The worst of which was the complete misdirection of Lois Lane as the lead, only for her to be reduced to literal ash by the end of issue #1. However, the dialogue and disposition of the current installment, along with the offering of a poignant idea that somehow, for some reason, the relation, the love between Superman and Lois Lane is of such importance, that it will demand the rewriting of the world at large so that it can exist, is an incredibly compelling thought. The reconciliation of Lana's angst and bitterness is done well, though dumped by an ending rolled in bathos. Still, it's a solid, well written issue, and even with Superman being silenced in the strangest, most perplexing of manners, the dialogue between Lana and Lois is a step short of golden. There's an old comic book reader adage: "If I stop reading, how will I know when things get better?" This is one of those rewarding times where I'm glad that I've stayed the course. I can only hope that it continues.

Art - 4: Jimenez's hand is what really sells the book, but having the issue competently rendered while Jimenez devoted his time to the story, did pay its dividends.