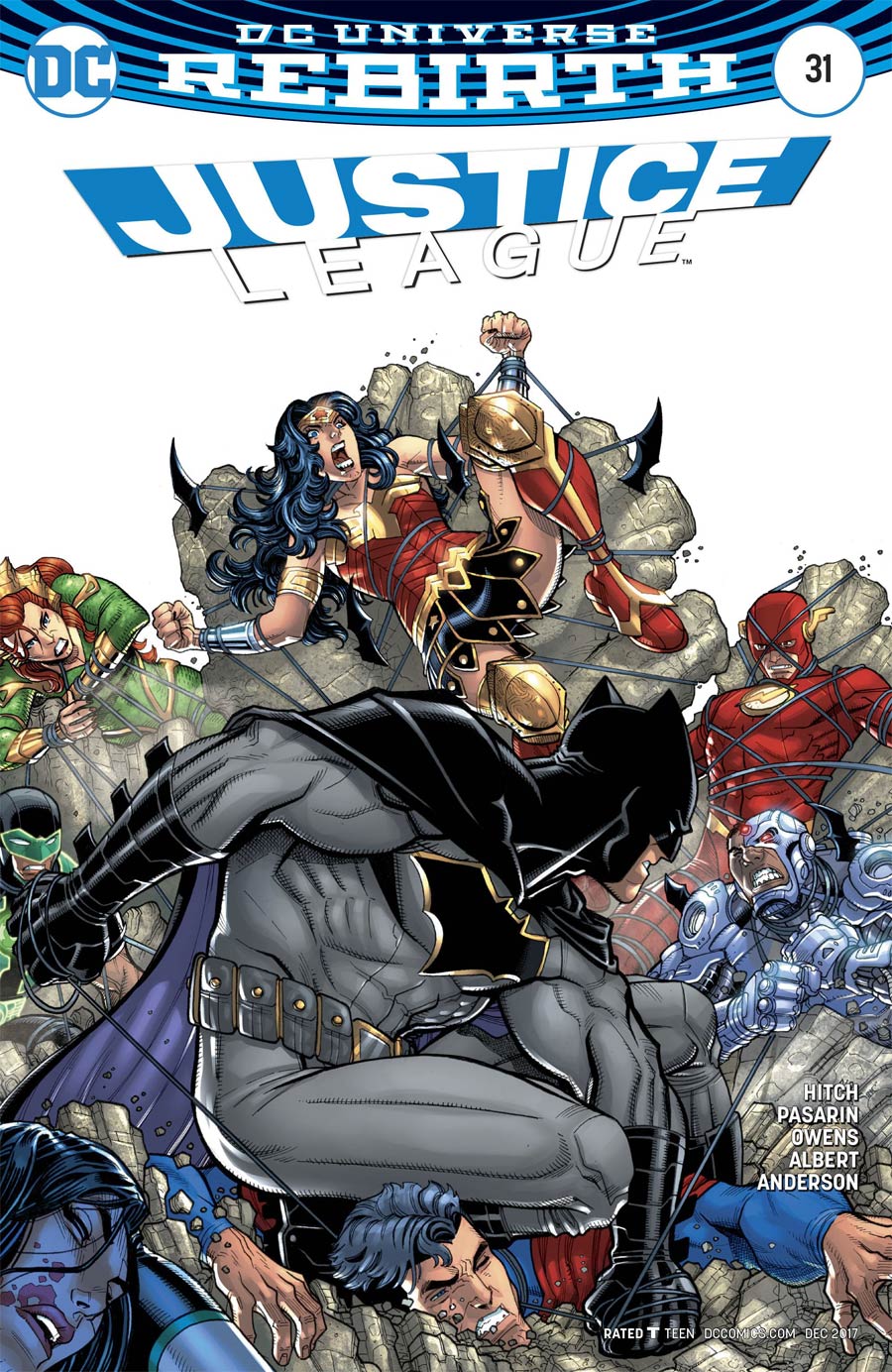 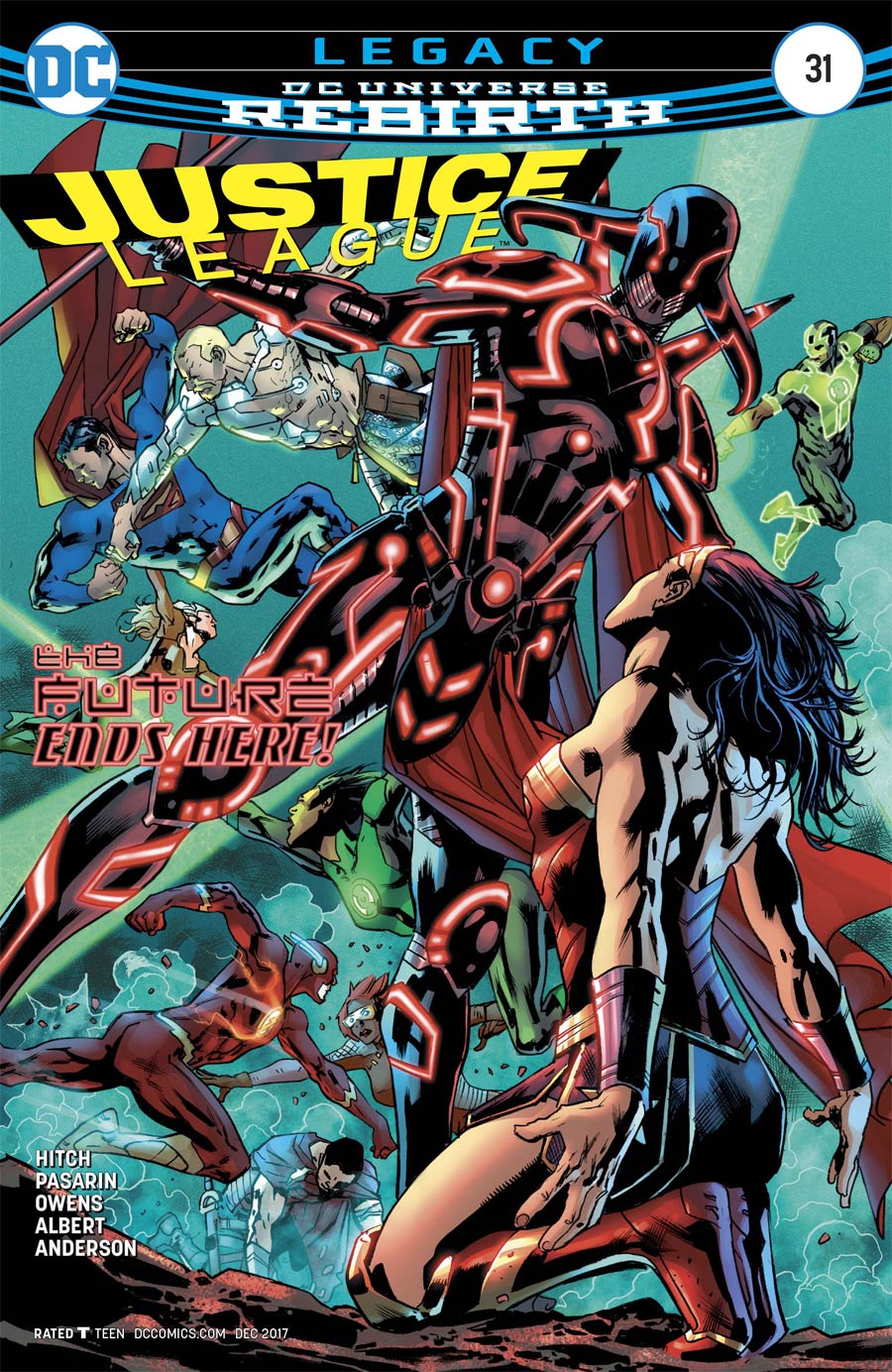 Sovereign is here, and the darkness has taken control of our heroes, let the chaos begin. Wonder Woman and Sovereign (her mother from the future) are trading blows. The Darkness is still persuading her to "kill her, kill your mother, your children, hate them, kill them". Flash is fighting his two children. "I want Iris, I want to have my children with her. Kill you to save my future with Iris". Batman finally rejoins the heroes completely unaffected by the darkness. "Lois told me to save you Superman, and I'm damn well going to even if it kills me".

In the last issue, Baz took what appeared to be a lethal blow, he remains motionless the entire time. The Lantern twins (who have control over the whole light spectrum) go Black and White and heal him and bring Baz back to life. In a flash forward, thanks to Cube syncing with Cyborg again, we learn that Diana was already possessed with the Darkness when she gave birth to Hunter, and the Darkness convinced her that he would grow up to become the next Trigon or Darkseid, so, out of love, she abandoned him.

The Lantern twins, with their new found confidence, join together and with a chant of "No anger only compassion. No intolerance only forgiveness. No hate, love" they force the darkness out of our heroes and contain it in a sphere and boom tube it to nowhere.

After a week of children-parent bonding, the children of the future say their goodbyes and return to their own time. As the book comes to a close Batman says, "Think the future will be different?" "Let's go find out," replies Superman.

Story - 2: Kind of like this review, this story was all over the place, which pretty much sums up Bryan Hitch's entire run. This story arc had its moments, some of it was very good, but the ending seemed rushed, and made very little sense. Batman says he is going to save Superman and then never seen again until the end of the book. What was his purpose again? Was Sovereign actually the hero the entire time, upset that the Darkness corrupted her and the rest of our heroes which made her hate the world? Taking the darkness out of everyone and containing it? Some threat this Darkness turned out to be. Overall this was the best story in the entire run, I am disappointed the payoff in the finale was not there.

Art - 3: Just like the last issue, as this story progressed, the art slowly declined. To the artist's credit, this issue was packed, it was almost one giant battle scene cover to cover, so many pages were cluttered with multiple characters which can't be an easy task to do with deadlines.

Cover Art - 2: Lack of details hurts this cover, but like this book, it is very busy with a lot going on. The fact that it represents what is actually in the book gives this an extra point or two.

Variant Cover Art - 2: It is hard to believe that the same people did this cover that did last issue's. While I really liked last issue's variant, I did not care for this cover.