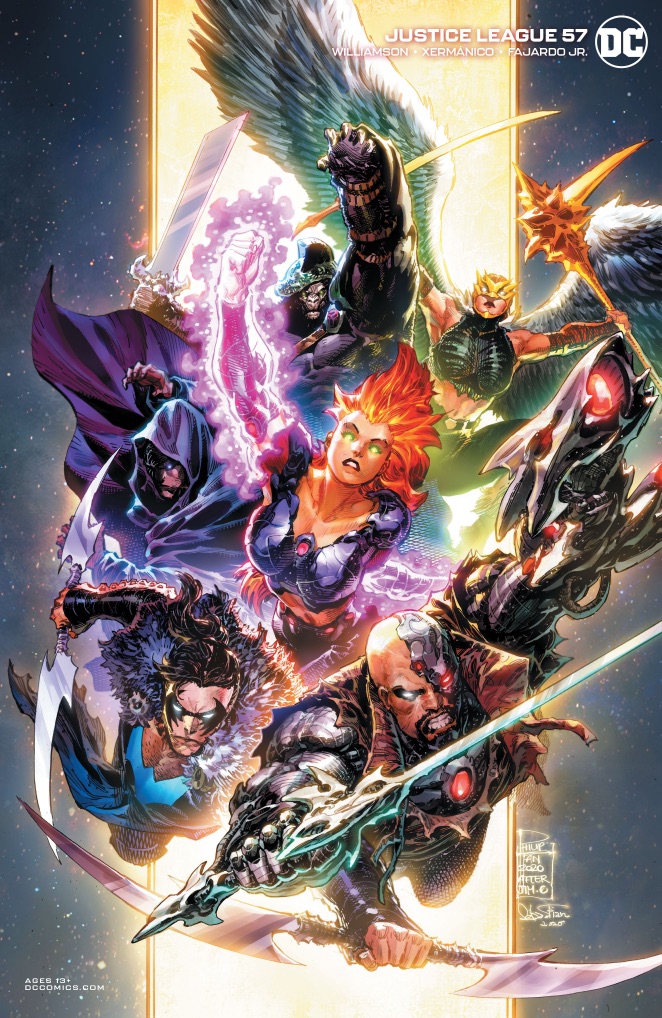 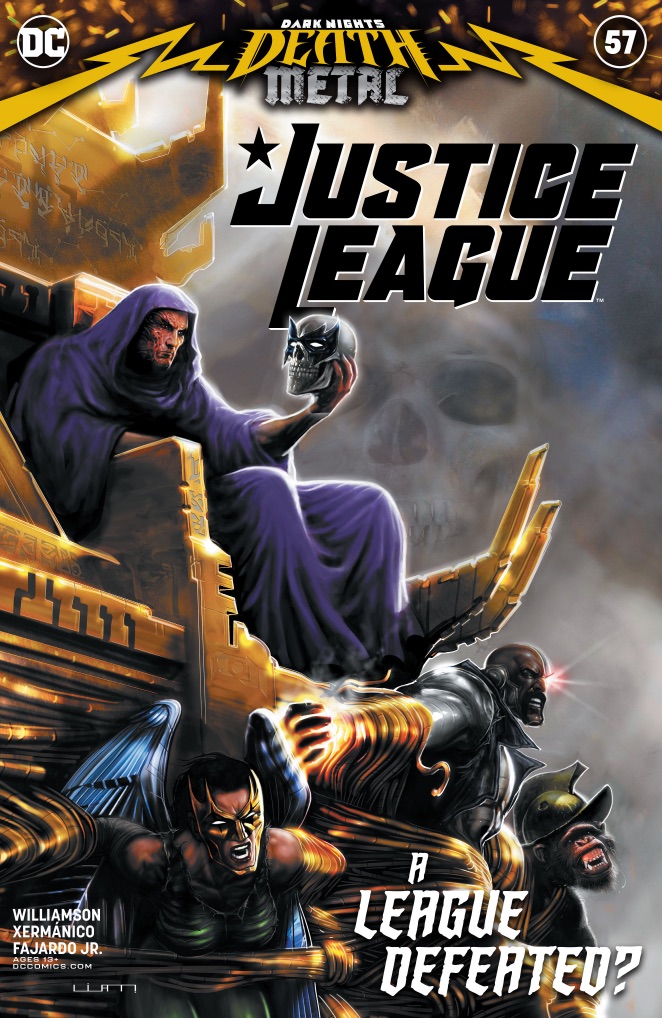 Reviewed by: James Lantz
Click to enlarge
Detective Chimp has survived the Omega Knight's attack, but so did the Omega Knight. The power of the Legion of Doom combined with the throne of Perpetua has managed to weaken the giant somewhat. Now they must do so again if they can stop trying to kill Nightwing, Lex Luthor and the Justice League. Otherwise, Perpetua's forces will continue to make the multiverse a living nightmare.

When Nightwing was Robin, he worshiped the Justice League. Now, as he's grown and witnessed the conflict with Perpetua, he understands that each member inspires their teammates to be the best they can be even in the face of defeat. Nightwing and his team now have a chance to be heroes (Cue David Bowie music) by going to Themyscira to meet the Green Lantern Corps. Once there, forces will regroup and hopefully aid Wonder Woman, Batman and Superman on New Apokolips with their fight against the Dark forces of Perpetua.

Story - 5: In addition to writing an entertaining story, Joshua Williamson examines Nightwing's character brilliantly. He does so by showing the youthful hero worship he had as Robin and later discussing his growth and seeing his idols with more mature, analytical eyes. This helps him overcome his doubts, fears and insecurities as he leads a team of Justice Leaguers into what may be the most dangerous mission of their lives. All this combined with an uneasy alliance with the Legion of Doom and the survival of Detective Chimp (Note to DC: Make a Detective Chimp and Superman team-up comic. I'll buy the absolute edition) make for what is perhaps one of the best comics in the "Death Metal" event and from DC Comics in general.

Art - 5: It's great to have Xermanico return for the art chores. He conveyed the perfect atmosphere, settings and overall storytelling visuals in his previous "Doom Metal" chapters perfectly.

Cover Art - 5: It's a pity we don't see more of Liam Sharpe's art. His style is not only perfect for this serial, it's also darn amazing.

Variant Cover Art - 5: Tan did a fantastic job on this variant. He seems to be paying tribute his previous Justice League images.