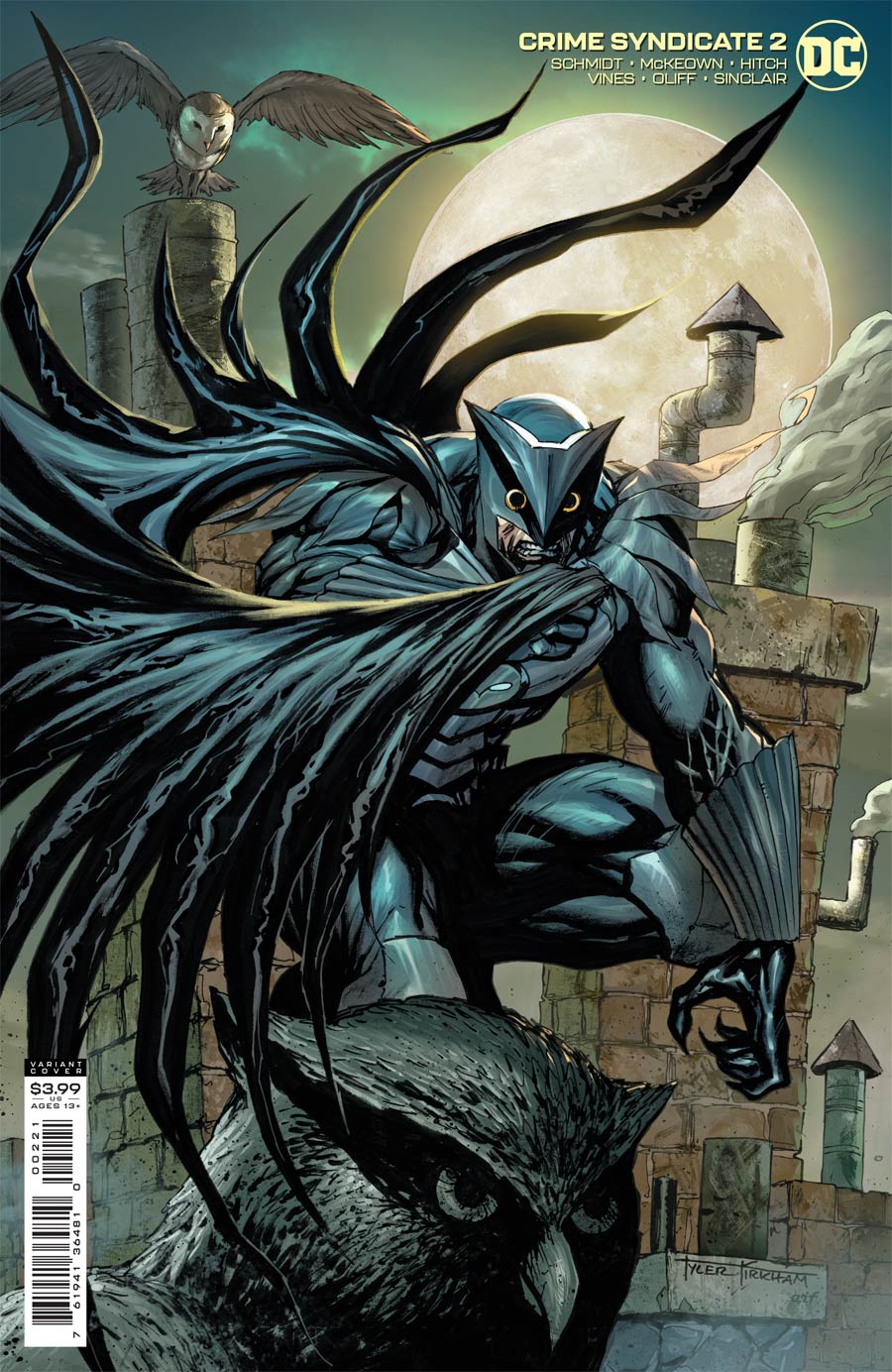 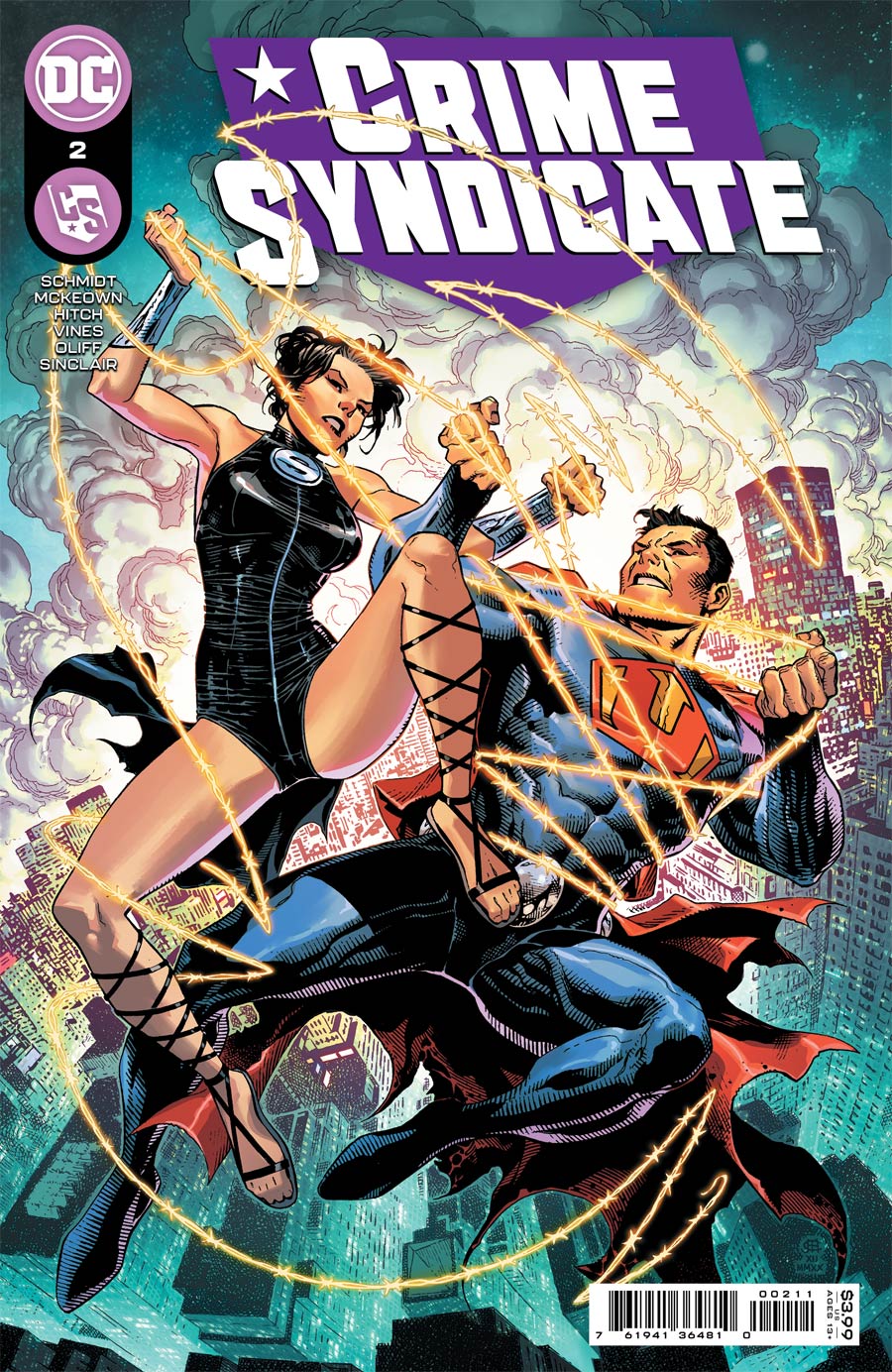 Reviewed by: Craig Boehmer
Click to enlarge
Owlman posits about the potential end of the world while fighting these space star fish. He decides these creatures are not worthy of killing him. We then flash to Arnold, DC where Superwoman is fighting alongside President Green Arrow and the secret service. Ultraman arrives, under the control of the aliens, to attack Superwoman. Their fight takes them to space. We then flashback to Owlman's Owl's Nest, where Owlman is analyzing one of the aliens. They discover that the aliens are targeting the cities with metahumans. Superwoman is gaining the upper hand against Ultraman, but the tables are turned with the arrival of Johnny Quick. John Stewart's Emerald Knight arrives to fight off the infestation, his ring is quickly co-opted by Owlman to be more efficient at freeing the metahumans from mind control. Owlman then arrives to lead the villains against the invasion.

Story - 4: This arc is a fun variant of the way the original Justice League was formed. It shows off the various differences between each character and their prime earth counterpart. Each character has a role to play and gets some time to be highlighted. It's a fun story if you like these characters.

Art - 5: The art is vibrant and fantastic. Each character looks enough like their prime earth counterparts to be able to understand who they are. Most of the facial work is clean and appealing.
"An Owl in the Night"

Story - 4: This was an interesting look at the devolution of Thomas Wayne into the murderous Owlman, rather than a heroic figure. Reading his interactions with Bullock did a good job of slowly showing that psychological change.

Art - 5: Hitch is a great artist. This really highlighted the dark, dingy nature of Gotham city.

Cover Art - 3: This cover does a good job of teasing one of the primary conflicts of the issue. I don't like the art style used for the faces, it's too pinched and blocky. Also, Superwoman shouldn't have stringbean arms. She doesn't need to be jacked, but give her a physically intimidating presence.

Variant Cover Art - 5: This cover was awesome. The owl gargoyle, the feathery ends to his cape, and the decrepit looking chimney. It gives the idea that as bad as Batman's Gotham is, this one is worse.