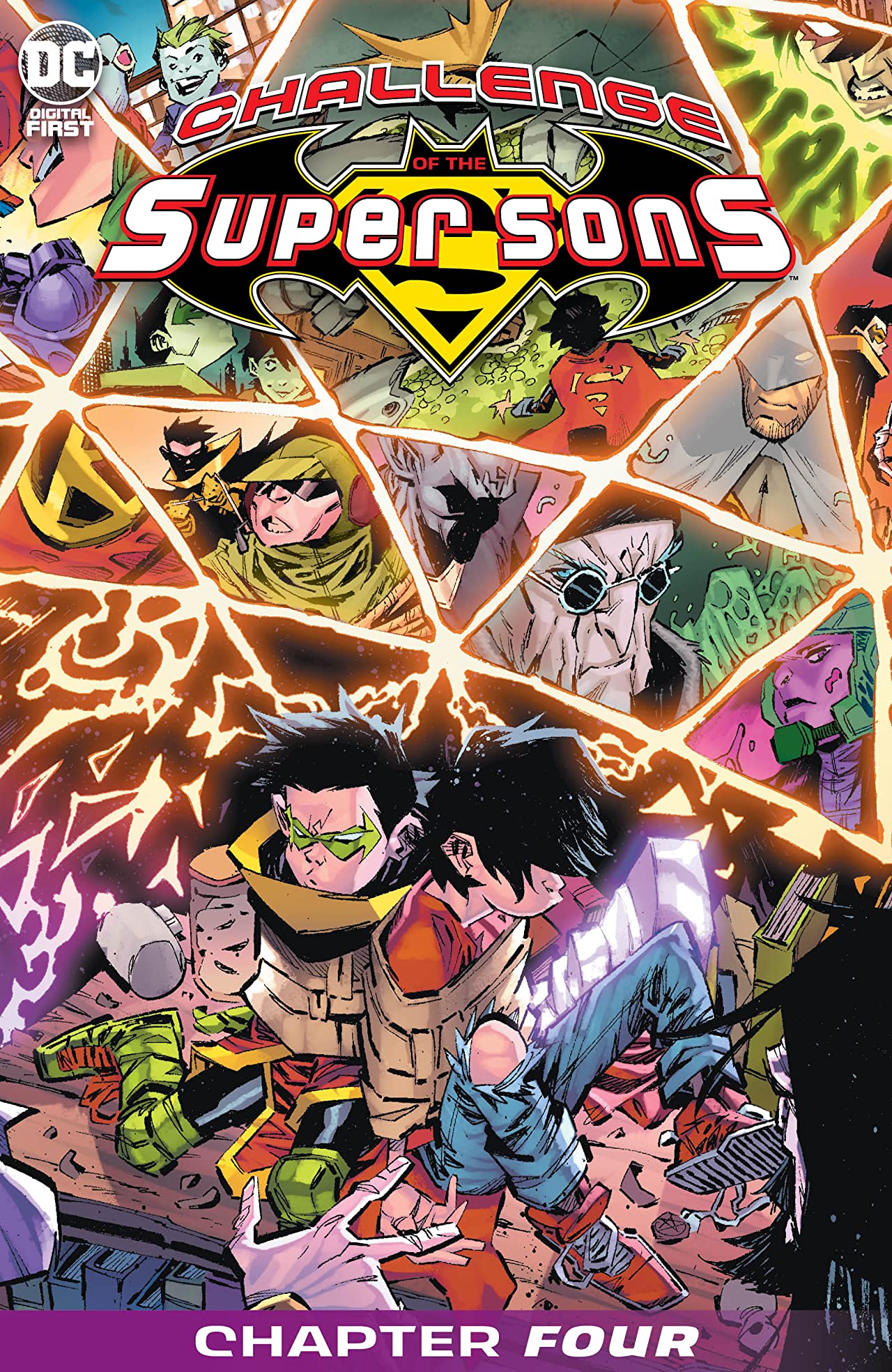 Challenge of the Super Sons #4

"Gotta Get Back in Time"

Reviewed by: Craig Boehmer
Click to enlarge
Vandal Savage wanders the past until he meets up with Felix Faust in Sixteenth Century England. The two converse, and a year later during another of their meetings Damian and Jon are dropped outside their door. The two boys are quickly captured and analyzed by the villains who discover the boys are from the future.

Story - 4: This issue halts the fast paced forward momentum that had been building in previous issues. I don't necessarily like the structure Tomasi chose for his story. If he was going to reveal where they went in issue one, so early in the run, I think it would have been better to just show it in issue two. That quibble aside, it was fun to see the boys react to being in the past. Connecting Savage and Faust together in the past as antagonists to the boys is a cool idea. Savage is a great physical foil for Jon and Damian.

Art - 3: The art, by Jorge Corona, captures the energy of previous issues, however, the style is over exaggerated for my tastes. This is particularly evident in the anatomy of Vandal Savage, and in the face designs. It's the kind of art that pulls me out of the story, and art should never do that.