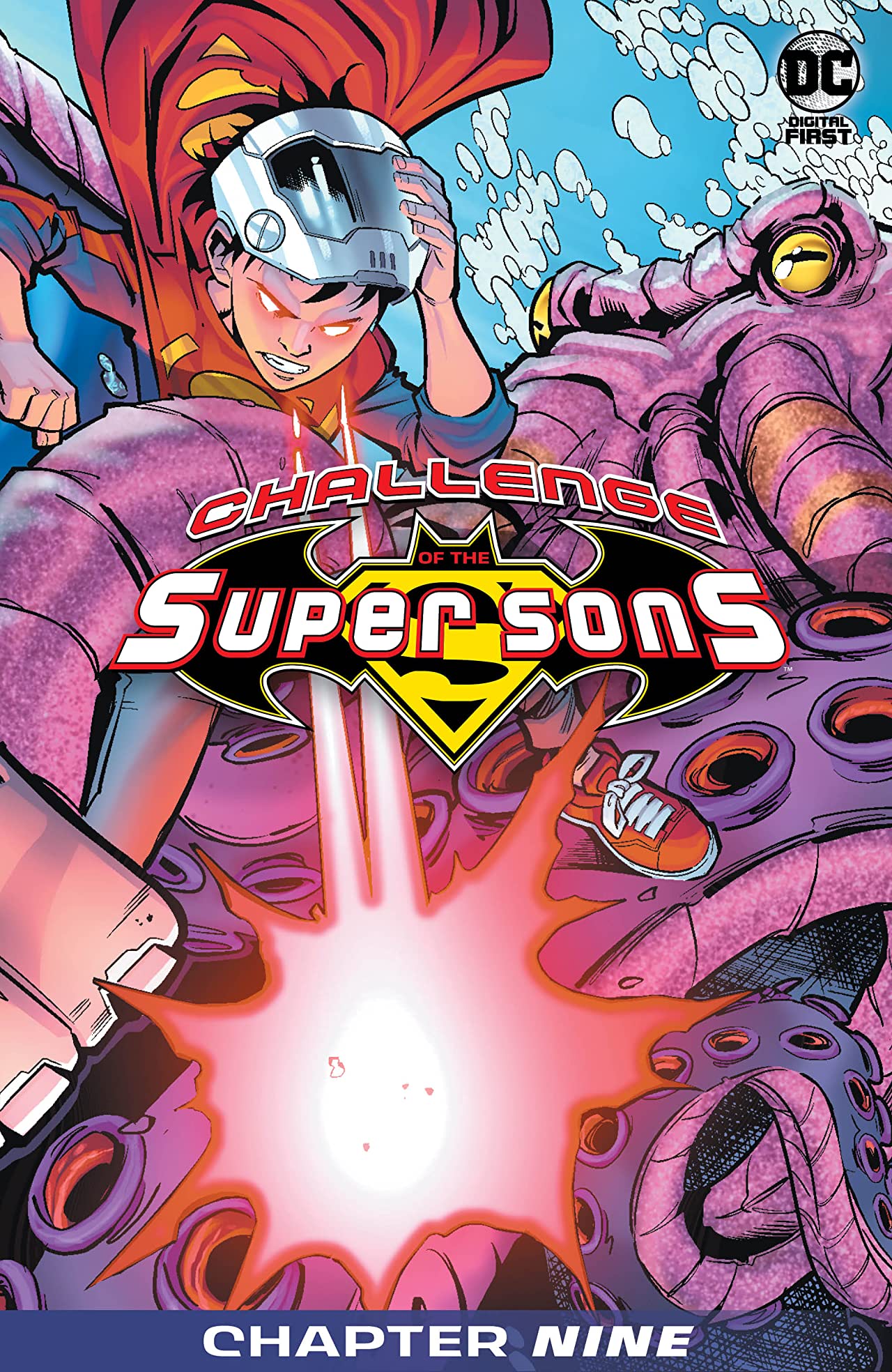 Challenge of the Super Sons #9

Reviewed by: Craig Boehmer
Click to enlarge
Aquaman is being interviewed by a couple of EMTs about a recent experience he had. He was in the water when a great fear drove him out. It is revealed that Robin released a fear toxin on him to clear him out of the area. With him gone the two Supersons must face the Kraken. The Kraken is about to kill Superboy, when Robin releases the fear toxin on it. This drives the Kraken out of the water where they can catch him in a containment pod. The two surmise that their fathers are next on the list, but are mistaken when the Doom Scroll reveals their combined logos.

Story - 5: This is the ninth chapter of this maxi-series, and I don't think I've given a score lower than a four. This series is amazing, and I can not recommend it enough to everyone who enjoys comics. Read this series, buy this series. If enough people do, we may get an ongoing Supersons series. That being said….Robin and Superboy used a Scarecrow Fear Toxin on Aquaman…How insane it that? I also loved Robin's remark about finding Superman by jumping out of a skyscraper like Lois Lane, the shade is amazing. And the fact that Robin and Superboy are next….how will that work with the issue of certain death falling on any victims of the curse who learn of the curse?

Art - 5: The splash page of Aquaman swimming is just beautiful. What a great image. The Kraken looks powerful and ferocious. This art should be on the main Superman titles, I am not a fan of what they look like right now. Great work again by Raynor.