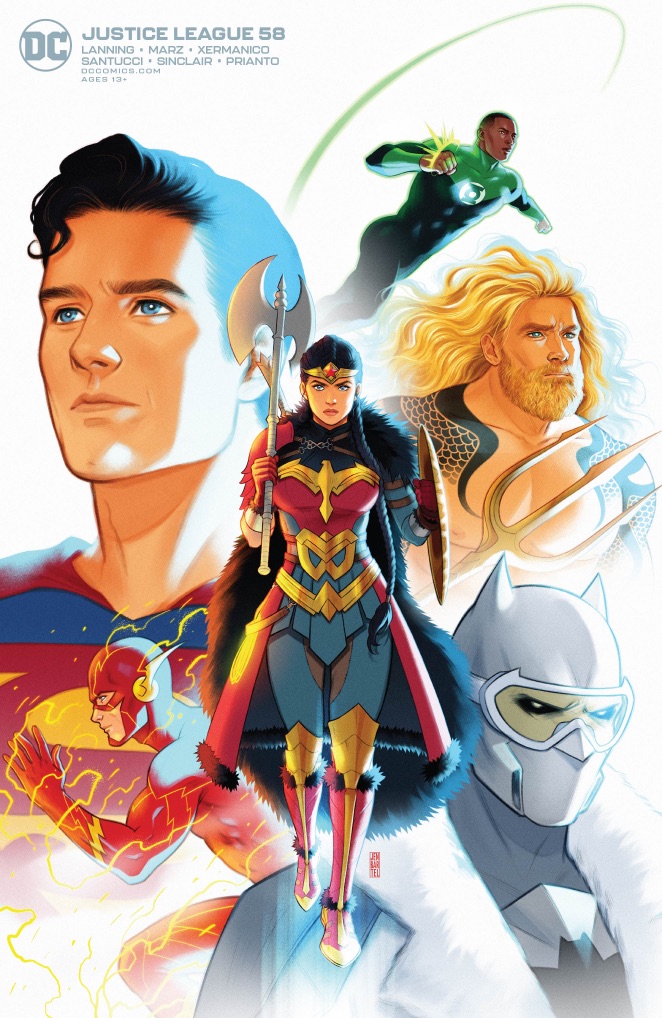 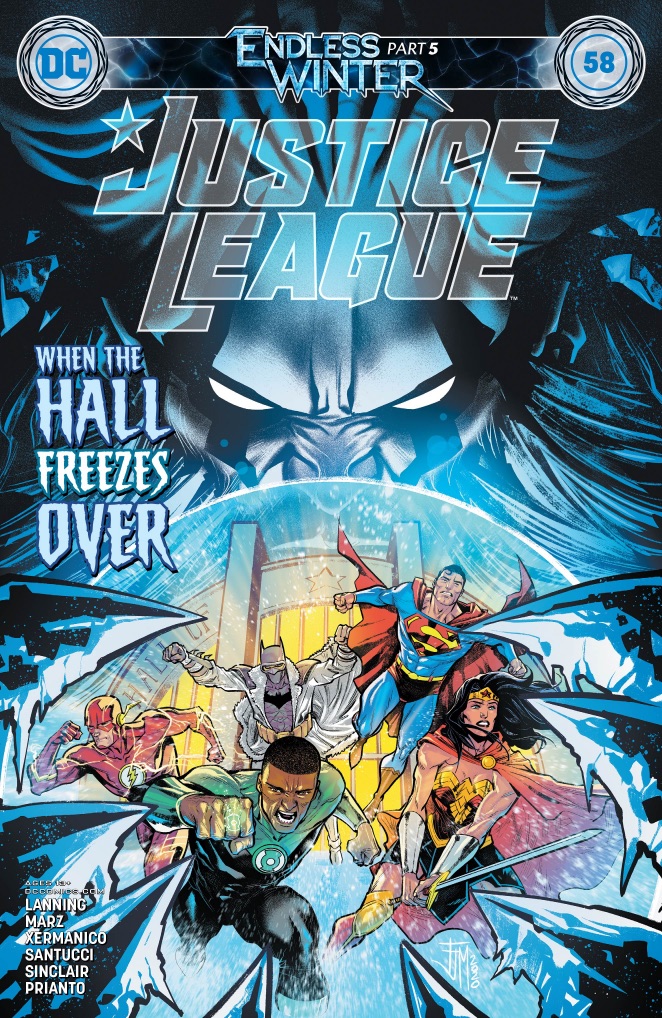 Reviewed by: James Lantz
Click to enlarge
In 1810 Greenland, Black Adam used the Frost King's family as bait to trap him and attack him. In the present, the Justice League and their allies are stretched thin trying to help people survive the worldwide winter weather created by same Frost King, who is currently powered by Kryptonian crystals left behind in the remains of Superman's Fortress. Meanwhile, Detective Chimp points out something of importance. The Frost King's ice minions have been attacking various scientific facilities. The League has no time to investigate, however. The Frost King and his army are preparing an assault on the Hall of Justice. The Justice League will surely need every available hero to stop this frozen menace. The Frost King that fought the League at the Hall of Justice was merely an ice avatar meant to distract them, leaving our heroes to wonder where the real Frost King is. He is actually waiting for the right moment to strike at the Stagg Industries Research Facility in Gotham City where the frozen remains of his family are kept.

The Teen Titans will have to deal with this in their own "Endless Winter" special.

Story - 5: While I haven't had a chance to read other chapters in this saga, it doesn't feel necessary to do so. It's very reader friendly and focuses on the League's battle with the Frost King without being too tied to previous books in this story arc. In other words, one isn't lost if they skipped a comic or two. This is just one of the reasons why Lanning and Marz have written a great story that is perfect for the Justice League. They are both great writers in their own right. Yet, together they have created a tale that will leave readers on the edge of their seats.

Art - 5: Xermanico is the artist this title needs. It's not that other artists haven't done well on this book. There's just something about Xermanico's style that is a perfect fit for this series no matter who's writing it.

Cover Art - 5: It's a pity we don't see more of Liam Sharpe's art. His style is not only perfect for this serial, it's also darn amazing.

Variant Cover Art - 4: Superman looks a little too young to be Superman, but this is a beautifully drawn variant nonetheless.