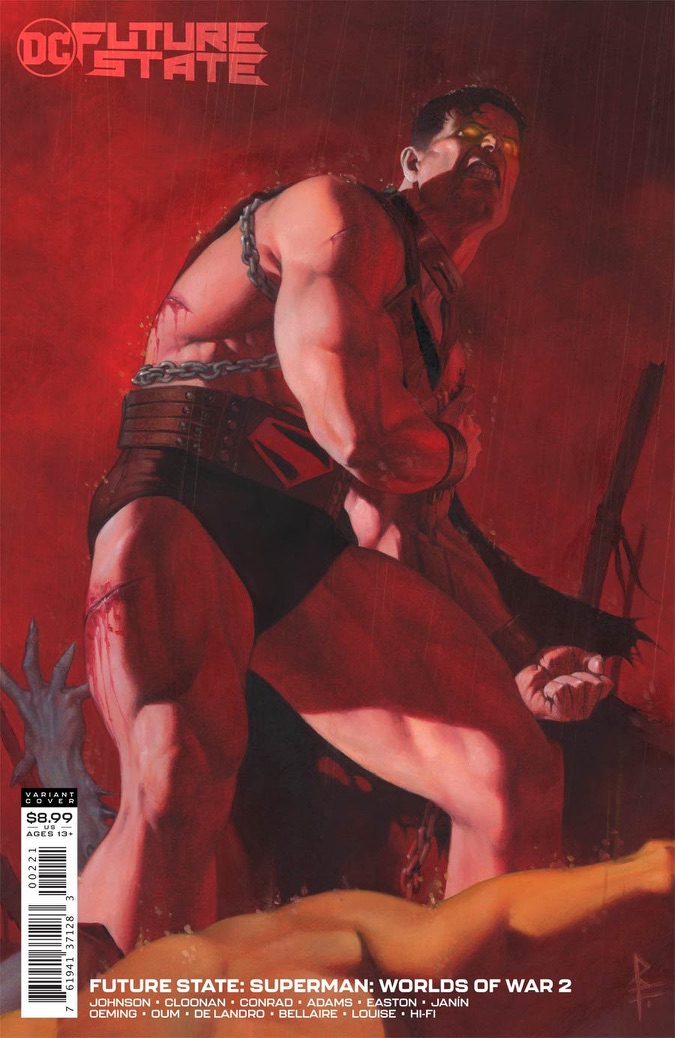 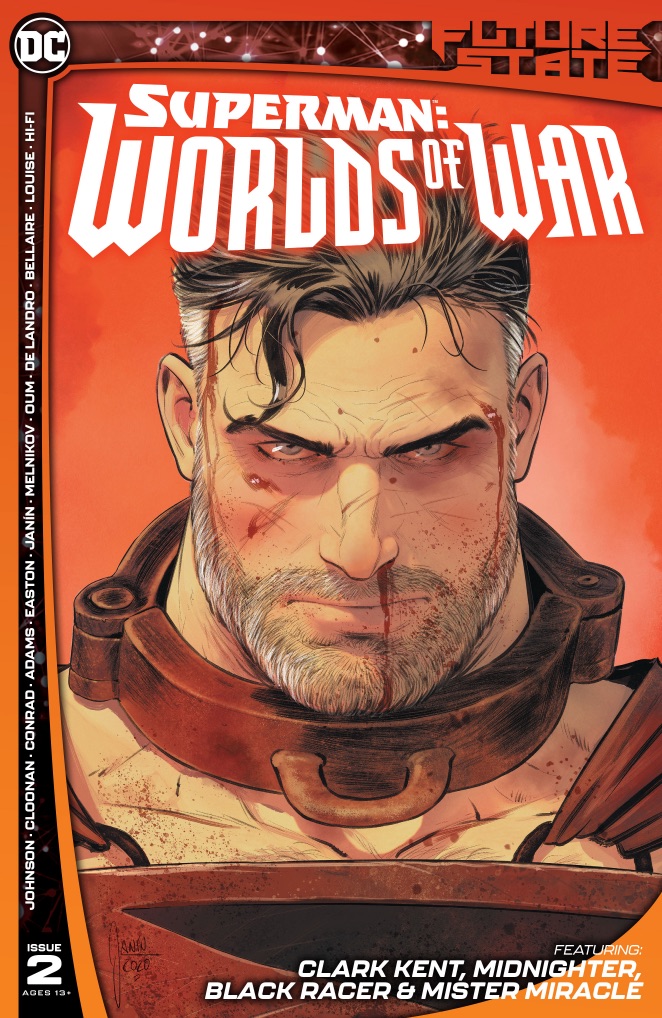 "The Many Deaths of Superman"

Reviewed by: James Lantz
Click to enlarge
While many have traveled to Smallville, Kansas to tell how Superman rescued them with his powers and abilities far beyond those of mortal men, one person tells how Clark Kent saved her with his writing of an article about African American musician Edgar Watters who fought in World War II in spite of a foot deformity. Mister Watters was wounded at Normandy and eventually became homeless, and he died shortly before Clark's piece was published. Watters was horrified to have to kill enemy soldiers. However, innocent lives were saved by his actions. He became a civil rights advocate upon returning to Metropolis. He lost his wife and son. Yet he created a scholarship in the latter's name. He ran for public office, but he never won. Even when he was on the streets, he found a way to make certain that the scholarship continued. Edgar Watters, through all his trials and tribulations, had a strength and resolve that never faltered even when he lost everything.

As Edgar's story is recounted, the rocket that brought Superman to Earth is found in the remains of the Kent Farm. Meanwhile, we see Kal-El on Warworld fighting the neverending battle. He never kills his opponents, and he targets the links upon which they are chained. Mongul wants to break Superman to the point he forgets those who he loved and wants to kill them. However, like Edgar Watters, Clark Kent will not back down. He'll continue fighting to free every warrior Mongul has enslaved. Once he has done that, Superman will return to Earth.

Midnighter, Black Racer and Mister Miracle continue their adventures in back-up features in this issue.

Story - 5: This story has more of an overall impact on the reader compared to that of issue #1. Not that the first didn't strike a chord with me. It just did so differently as it set up what would happen this time around. The entire story shows how Superman is perceived, but it's Clark Kent's article on Edgar Watters that really shows how he is by showing how alike both Superman and Edgar are. If Philip Kennedy Johnson is the future of Superman, I can't wait to see what he has in store for the Man of Steel.

Art - 5: While I'd have loved to have seen some scenes or images of Edgar Watters' life, the art is still fantastically drawn in spite of what I feel is missing from this issue.

Cover Art - 5: This basic frontal head shot says a lot of things about what Superman is going through on Warworld, and all those things will make you want to read this issue.