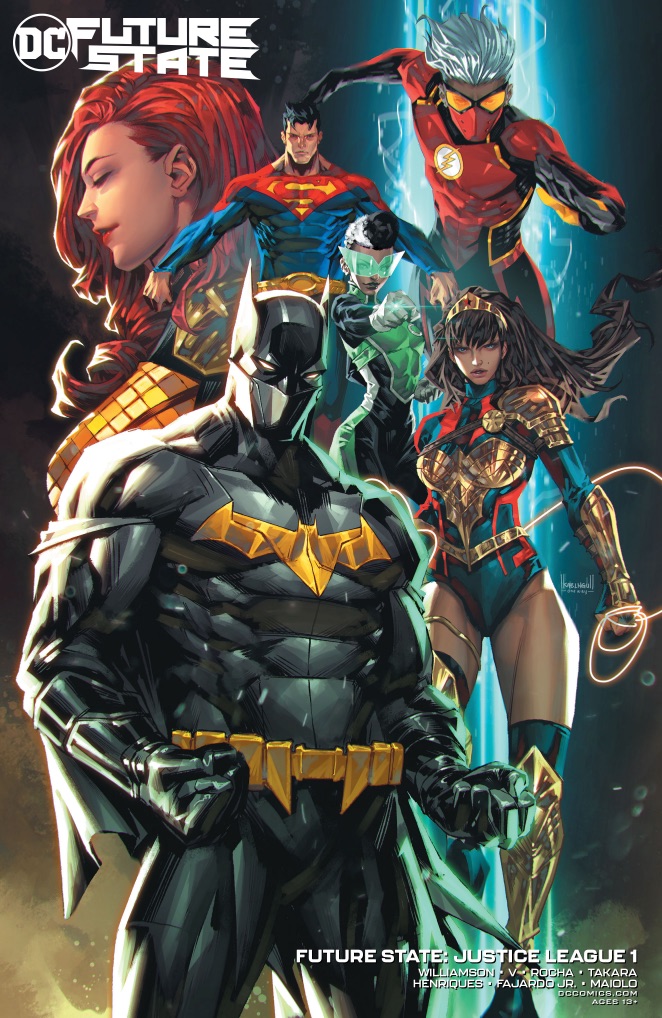 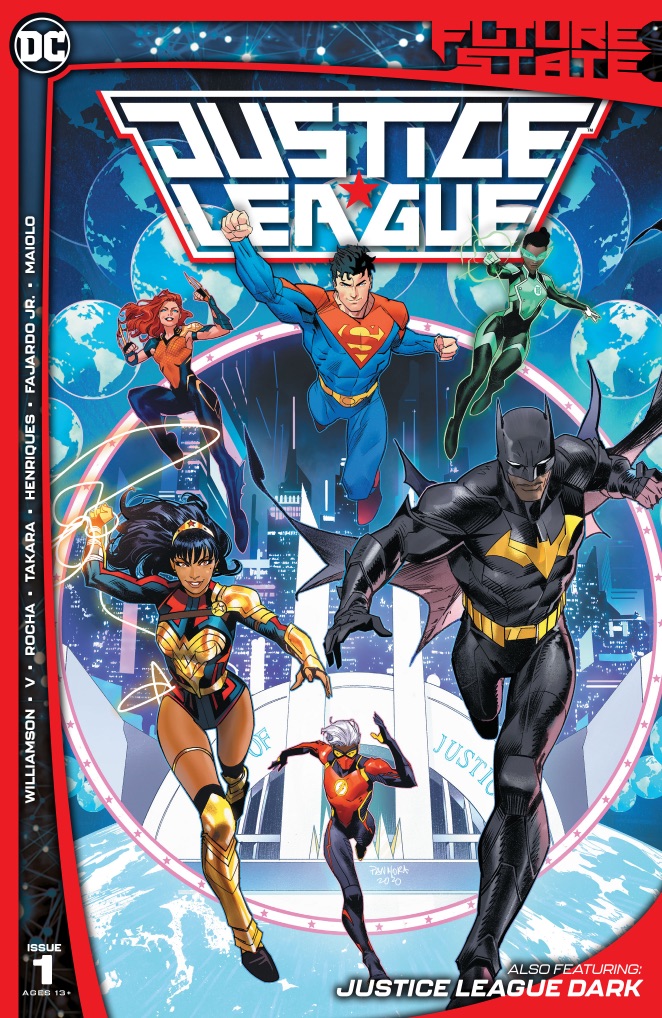 Reviewed by: James Lantz
Click to enlarge
With the multiverse saved from the brink of destruction, from the ashes of Death Metal, comes Future State. The worlds loves the new Justice League led by Jon Kent, who has taken his father's place as Superman. T.O. Morrow and Professor Ivo's Legion of Doom has been found dead in the remains of the derelict Hall of Justice. is debating whether or not to violate the Justice League's rules and add new members. As Green Lantern investigates the crime scene, she is attacked by Superman, who somehow is attacking Aquawoman and the Flash at the same time. However this is possible, the Justice League may need every hero at their disposal to stop Jon Kent.

Story - 5: I went into this one cold, meaning I didn't read anything about the "Future State" event. This helps me say more detached in a sense. I must say this book was quite fun to read, and it's reminiscent of the "DC One Million" crossover from many moons ago. I became cynical about some modern comics roughly a couple of years ago. Yet, this is one that gives me hope for the medium, the industry and the possibilities for the DC Multiverse.

If you want more eerie, supernatural JL adventures, there's a bonus Justice League Dark story by Ram V. and Marcio Takara in this issue as well.

Art - 5: Robson Rocha did an excellent job conveying the characters, lives and worlds of this event. Great art showcases every page and leaps at the reader.

Cover Art - 5: This is an iconic image of this version of the new Justice League. Dan Mora's style reminds me of Kevin McGuire's art.