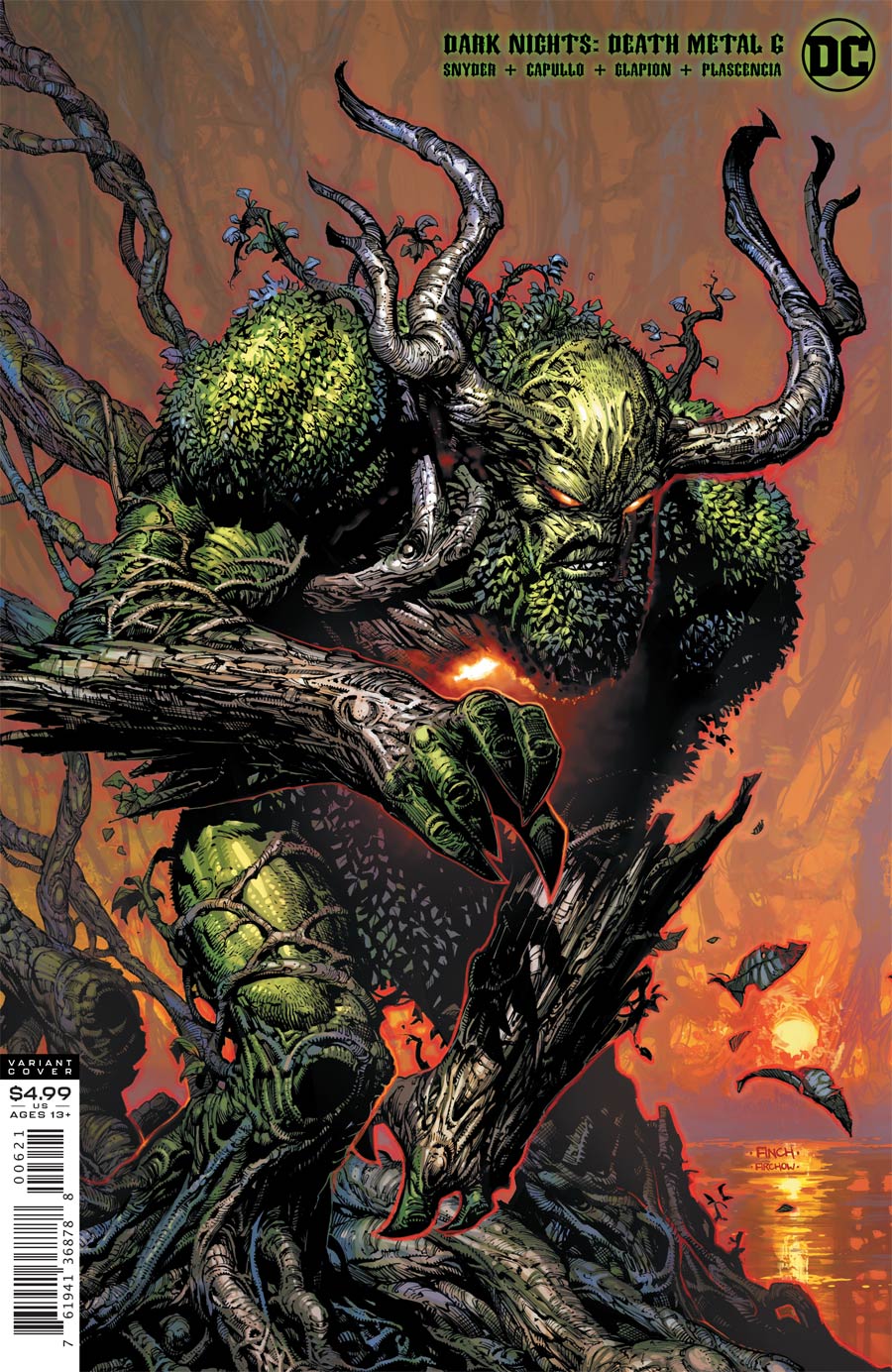 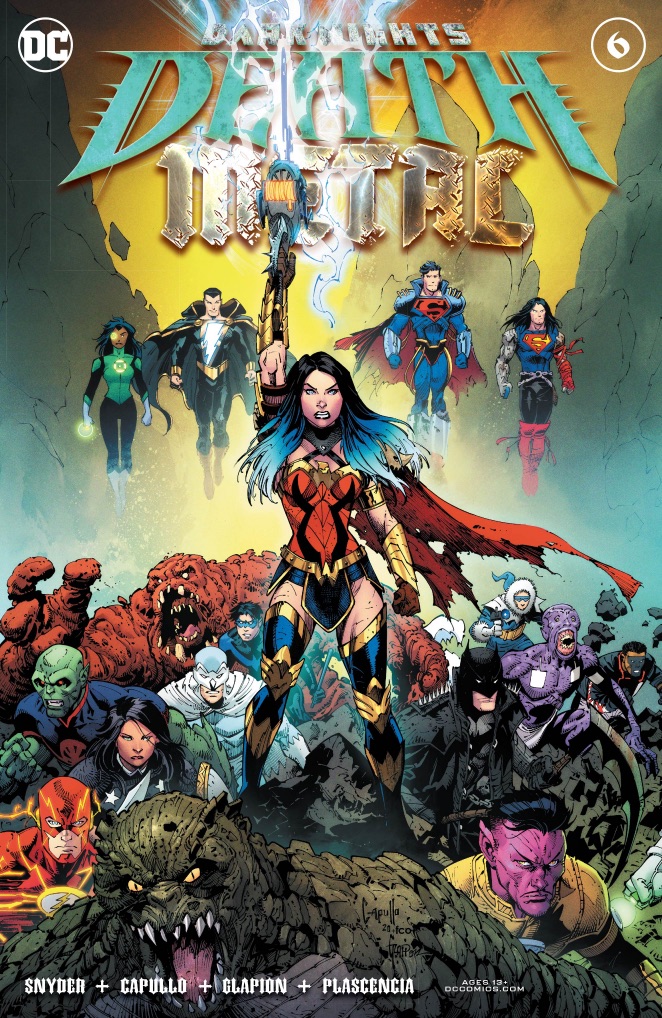 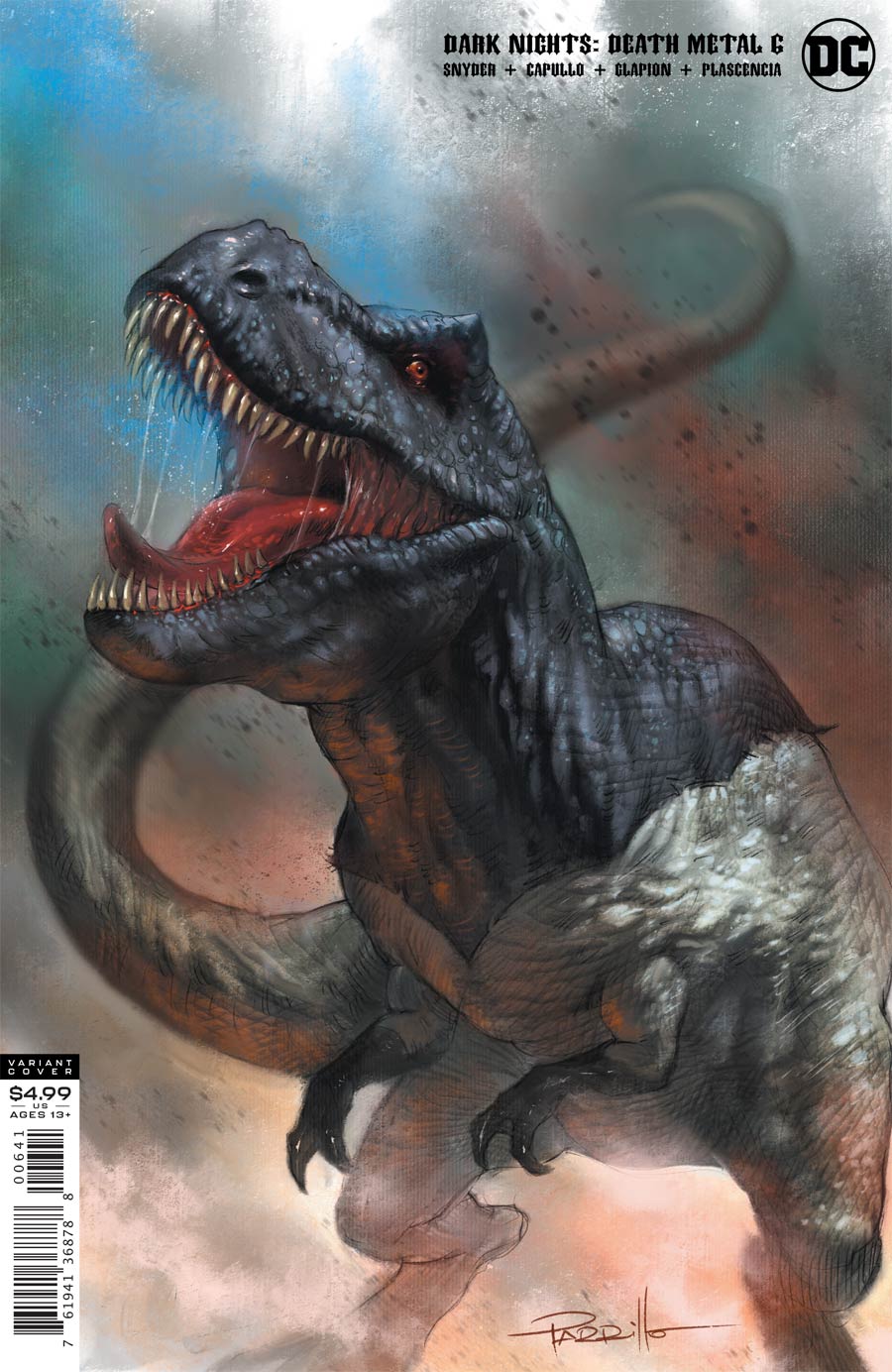 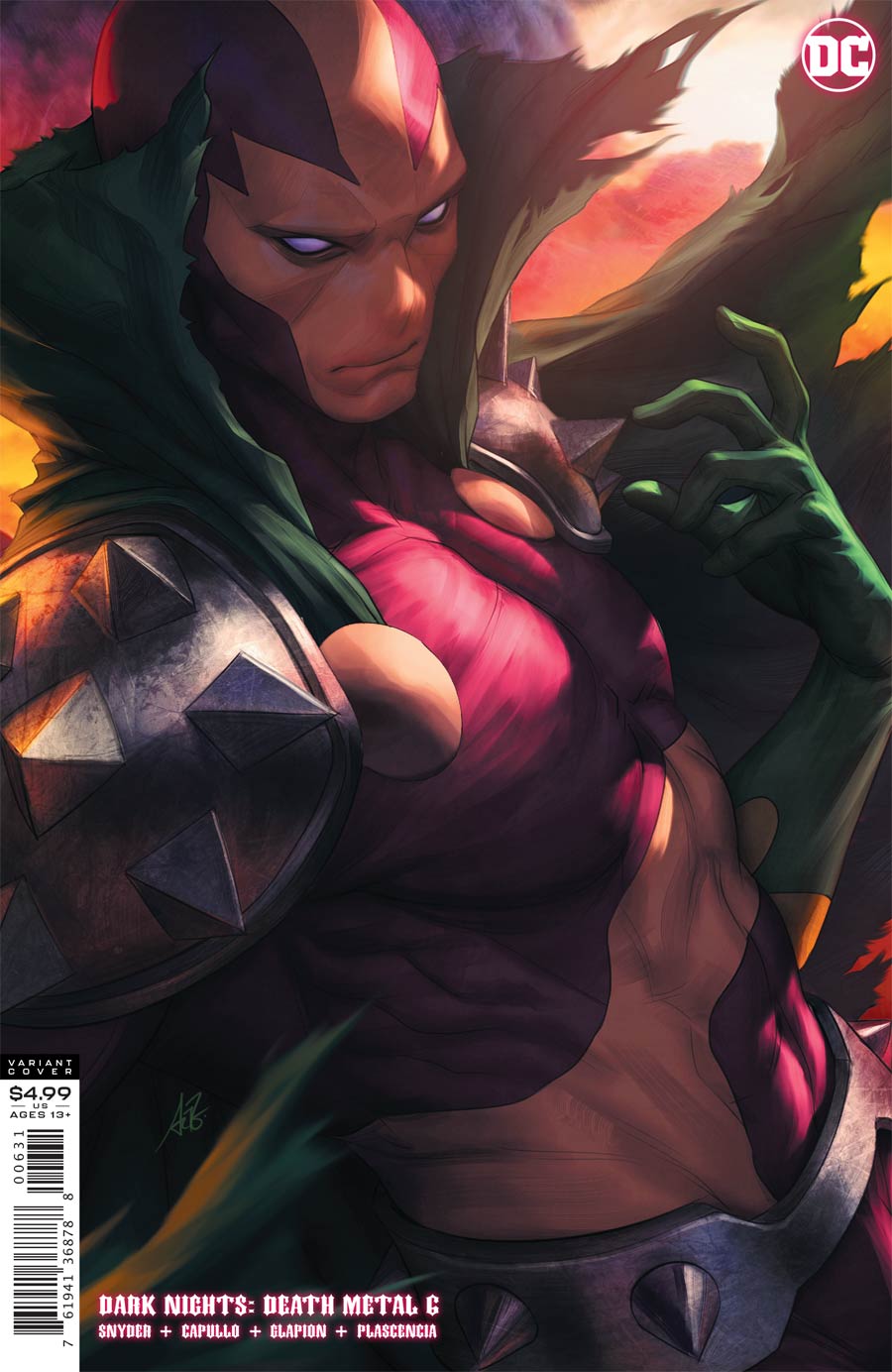 Earth's heroes gather as a last line of defence, as they face off against the monsters of the Darkest Knight's "Last 52" Earths. Batman uses the original body of the BWL's fight by their side with the Black Lantern Ring.

Realigning the Prime Earth so the Crisis Energy continues to empower him, he sends his "favorite soldiers" to attack Earth's heroes in their last moments while also reviving The Devastator, The Drowned, and The Red Death.

In the passage to the World Forge, Wonder Woman and her army of Lobo's are attacked by souls created by the BWL's which steal the journal of Carter Hall from her. Diana falls into the World Forge where she's confronted by non-other than Darkseid and the infant Anti-Monitor.

Darkseid tries to persuade Wonder Woman that humanity doesn't want to know the truth, Diana refuses to believe this and comes to realize how to make Lex Luthor's machine work and starts by dipping her Lasso of Truth into the World Forge. As the heroes stand, and all claim "One universe", against the hordes of the Darkest Knight, they start remembering their entire history (including their own deaths and revivals), just as Wonder Woman in Golden armor erupts from the ground to confront the Darkest Knight.

Story - 5: Even though this was basically the "fight\battle" issue, I enjoyed reading it immensely, mainly because of the story culminating to its conclusion, but also the peppering in of all the small details, with the hint of the old universe about to be restored. Snyder managed to continue keeping the energy high with this chapter, whilst also maintaining the stakes and even the humor, fantastic writing in my book.

With Wonder Woman 1984 about to hit theatres in literally a few days' time, it's no surprise that she took centre stage this issue. She definitely was the MVP of this issue, as Snyder reminded us of why she is such an integral part of the DCU. However in thinking that, working out such logistics would have been a nightmare, so kudos to DC for this effort.

Seeing Darkseid and a baby Anti-Monitor was a surprise, one that fit the story so perfectly, meanwhile we have Superman who's slowly transforming into one of his greatest foes. The scene with him and Lois, as he thanks her giving him a son like Jon and being the love of his life, was actually really sweet, and one of the best Superman moments of the year for me.

Lastly with all the heroes now aware of their histories, their deaths and resurrections, it seemed like a moment almost a decade in the making, as the remnants of Flashpoint and N52 finally realign with the universe of old. The One Universe line did get me thinking, if the multiverse were to start to collapse anytime soon, like it did in the original crisis.

Art - 5: If there ever was a great moment to tie in a look for a character that is being showcased in a movie it's here, as wonder Woman dons a golden armour that is very reminiscent to the look she will sport in the Wonder Woman 1984 movie.

Greg Capullo's art is always fantastic and explosive, and if I'm honest a large factor as to why I requested this book to review. He may not be as hyper detailed and "realistic" as an Ivan Reis and Jim Lee, but he manages to hold his own in that company, with the massive amount of detail to characters and cinematic flair. In fact I feel that his art, being a little more on the cartoonish side, adds more depth to the art and story, as he is free of the confinement of "holding a look". Just take a look at how battle ready the heroes are, and then you have a little Starro yelling profanities atop a hat on Harley's head.

Superman's transformation into Darkseid is almost complete, as the infection has spread to both arms and neck, really digging this aspect of the story, as it leaves him less majestic looking, and more a casualty of the war being waged. We all know he will return to his glory, but a good look for the story so far.

I also really loved the subtle yet powerful scene of Batman using the Black Ring to re-animate TBWL's body to use in battle.

From the cosmic battle between Perpetua and darkest Knight, to the battle on Earth with the heroes and villains, to the World Forge and Darkseid, the art was amazing in this issue. I can't say enough for how much I loved it.

Cover Art - 5: Wonder Woman front and centre, it is obvious she is the main character of this chapter, and as mentioned before, this is most likely due to the fact the she has a movie about to debut. I like the cover, featuring heroes and villains alike, really good composition. If someone were to paint over this in warmer colours, it would be very reminiscent of the Heavy Metal magazine covers from the 80s and 90s.