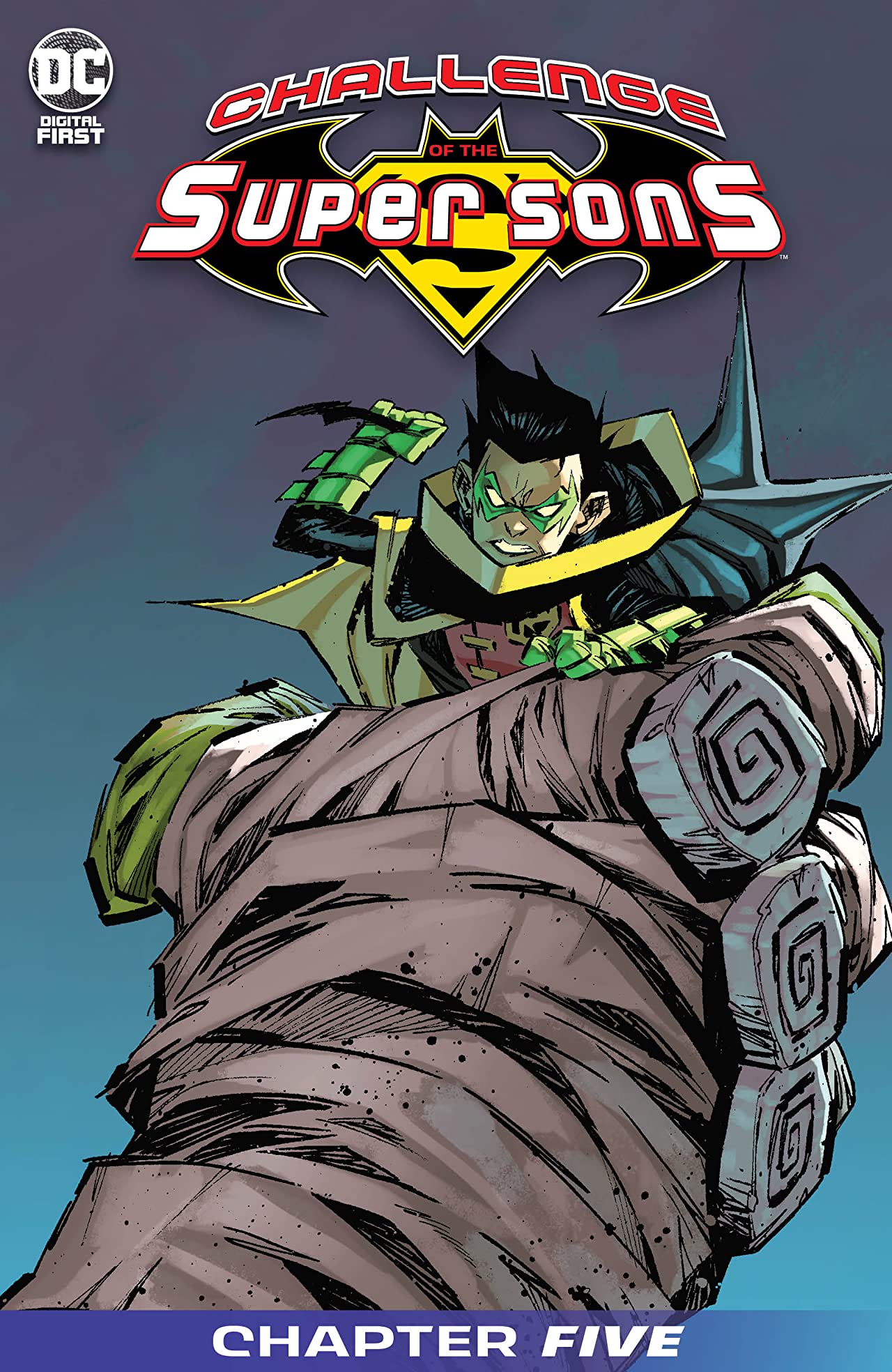 Challenge of the Super Sons #5

"Rora to the Rescue"

Reviewed by: Craig Boehmer
Click to enlarge
With the Super Sons captured Faust and Savage are reviewing their memories and trying to determine how best to use this information. They leave Faust’s slave Rora to clean up and watch the boys. In the night Jon and Damian break free from their restraints and attempt to flee. While flying away from the village they run into a magic barrier. Beyond them a giant monster lumbers forwards, preparing to attack. The fight is very one sided, with the magic of the monster neutralizing the powers is Jon. Faust’s slave, Rora, comes and attacks the beast, freeing the two boys on the condition that they take her to the future with them.

Story - 4: The story was fun and entertaining. But I do have a problem with one of the major elements of this story. As far as I know, please correct me if I'm wrong, magic does not leech away at a Kryptonian’s powers. Magic affects Kryptonians as it would affect anyone else. This means Jon would not have gotten weak from the monster, and could have led to a very bombastic fight. Granted, with Jon being said Earthling and half Kryptonian, it may affect him differently. In spite of this, it was a fun issue.

Art - 3: My criticisms from last issue still apply. Except, with less Savage in the issue, there are less problems with proportions. I do not like how big the boys ears are in this, they just don't for with the previous renditions of these characters, Jon and Damian should not look like Sam Guthrie from New Mutants. The monster looked suitably creepy and formidable.