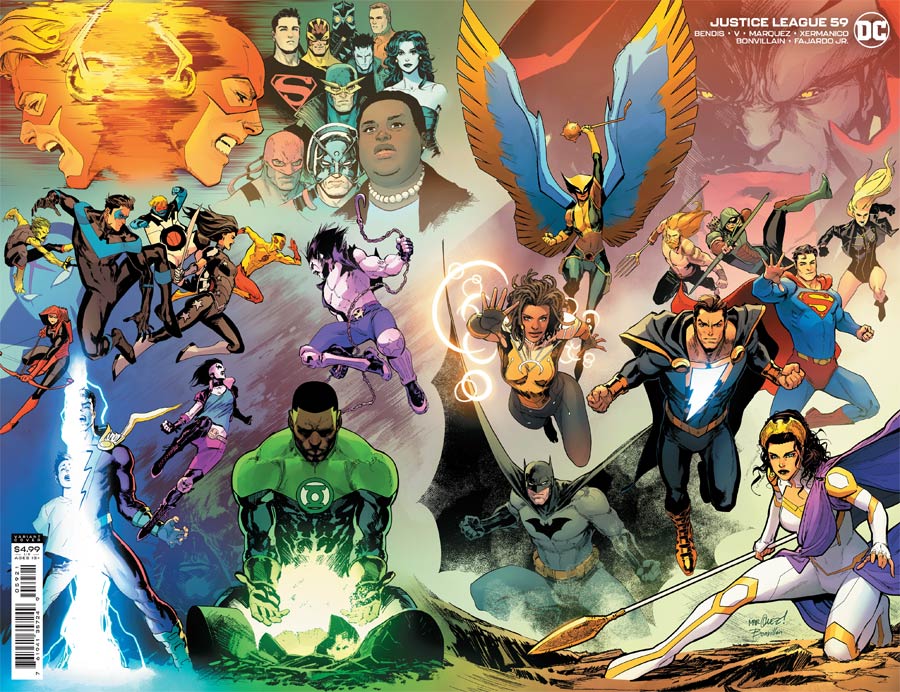 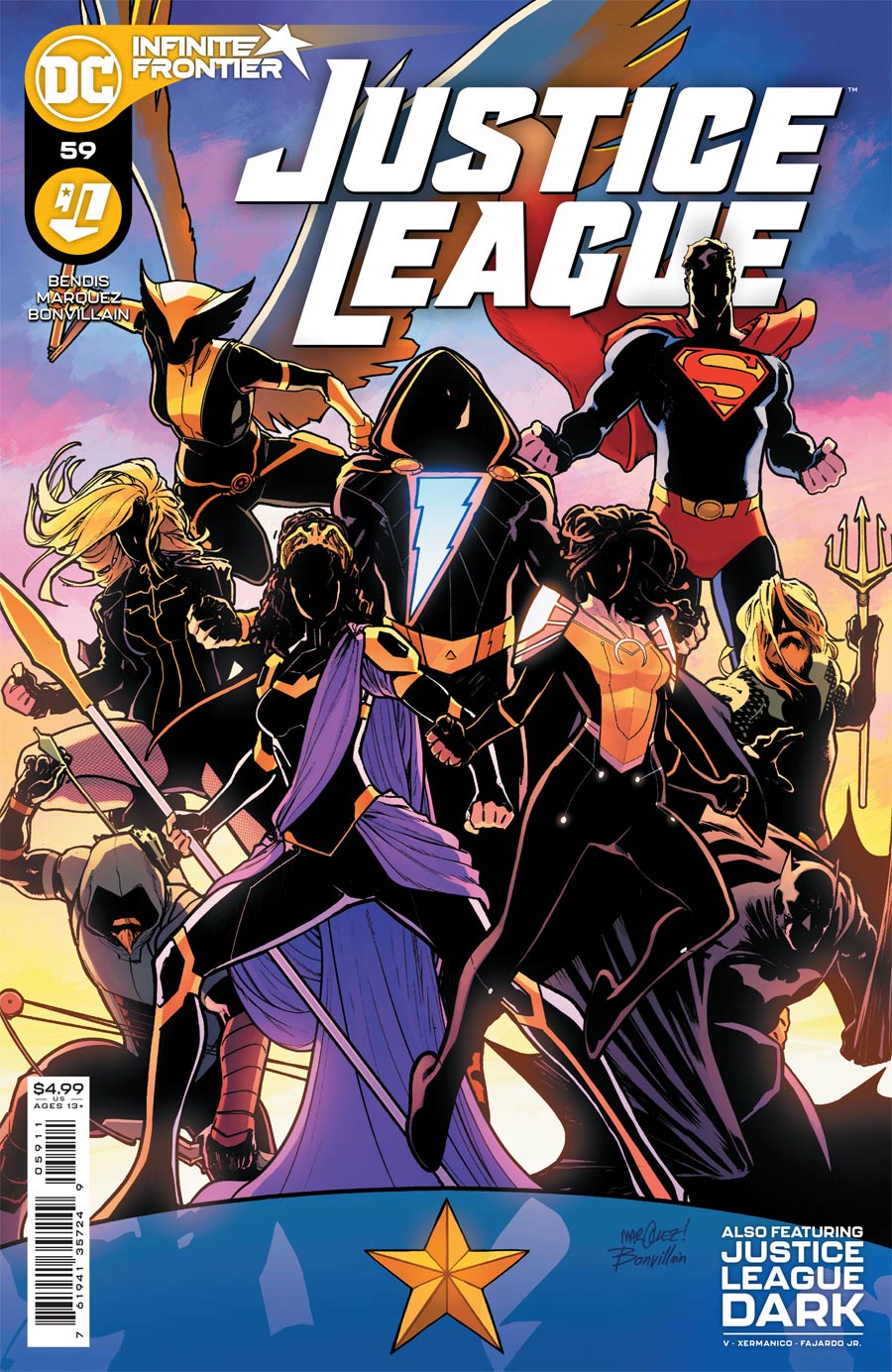 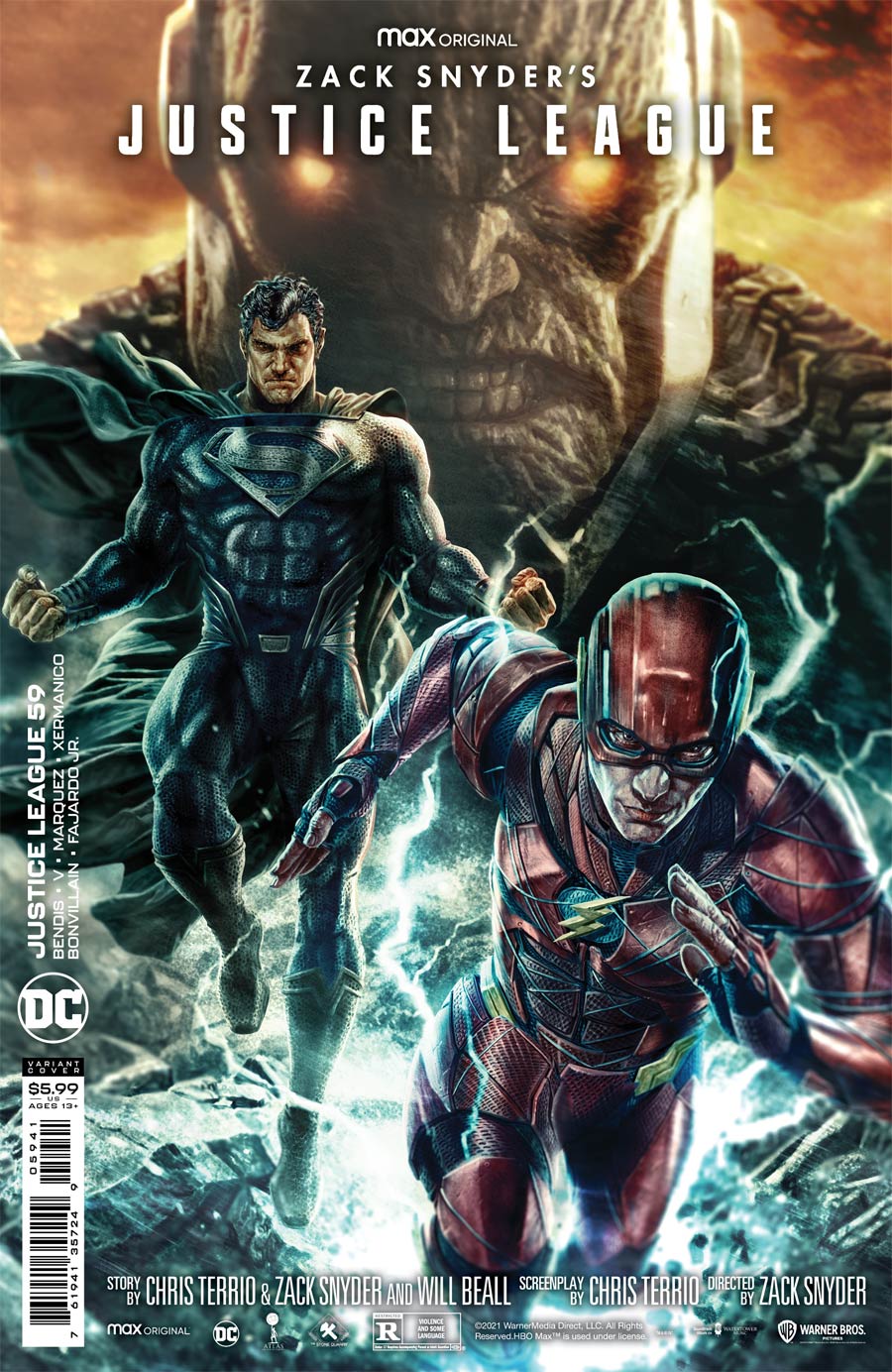 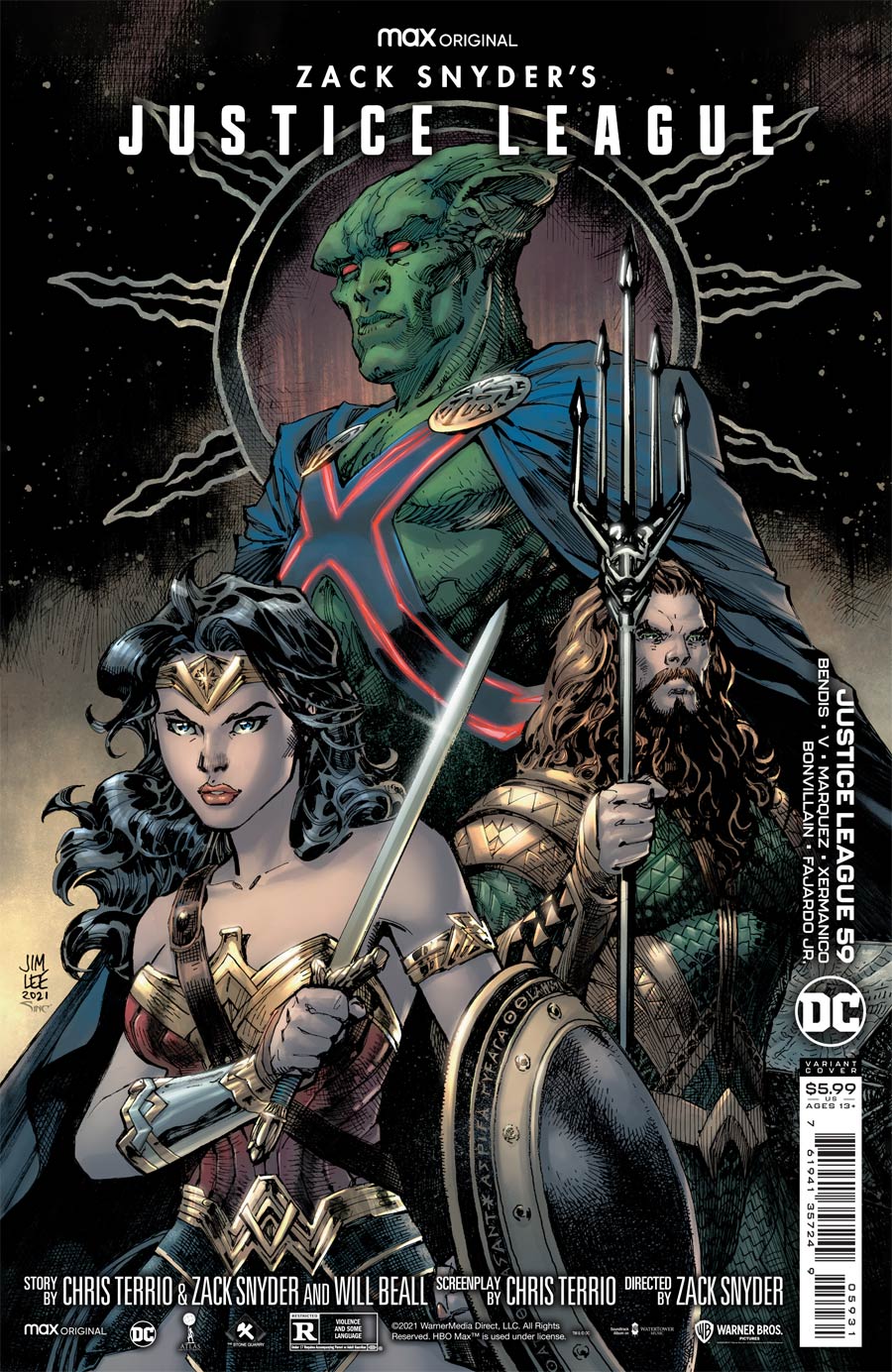 A boy in Kahndaq is paying his respects to his mother when Black Adam arrives at a cemetery to do the same for his beloved. Their conversation and solemn moment are interrupted by the demon-like creature from another universe, Brutus, who seems to be ill prepared for Adam and the Justice League. Hawkgirl's Nth Metal mace seems to react to Brutus. Other than that, little is known about this new threat. The Justice League will need every mind at their disposal if they are to learn of Brutus' true intentions. Otherwise, their ignorance could prove fatal for the entire multiverse.

NOTE: Ram V. and Xermanico collaborated on a Justice League Dark bonus story in this issue.

Story - 5: While Bendis did an incredible job on Superman, Ultimate Spider-Man and Daredevil, his writing strengths clearly lie in team books like this one. Much like his Avengers, he puts a new spin on classic characters and their team dynamic while paying tribute to what's been done before. That combined with his continuing with plot threads and characters he left in his previous DC work makes this a delightful issue to read. Bendis is off to a good start in this series, and I hope he stays with it for a long time.

Art - 4: Superman does look slightly too much like Superboy in some panels. Despite that, the art works well for Bendis' story.

Cover Art - 4: While the League seems too hidden in the shadows, the art is beautifully rendered.

Variant Cover Art - 5: This variant gives one an idea of what the DC Universe is like on so many levels. It's just plain awesome.