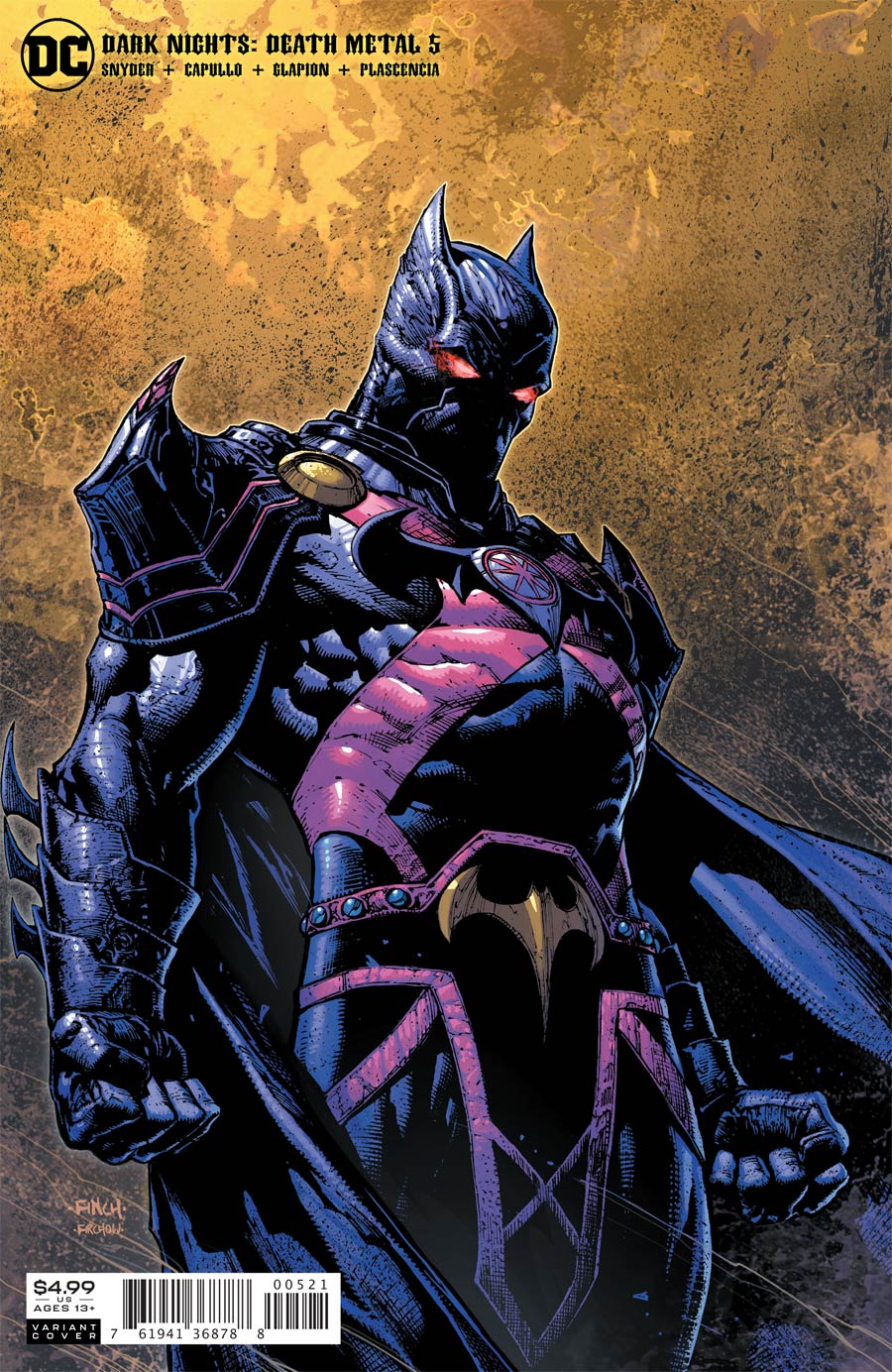 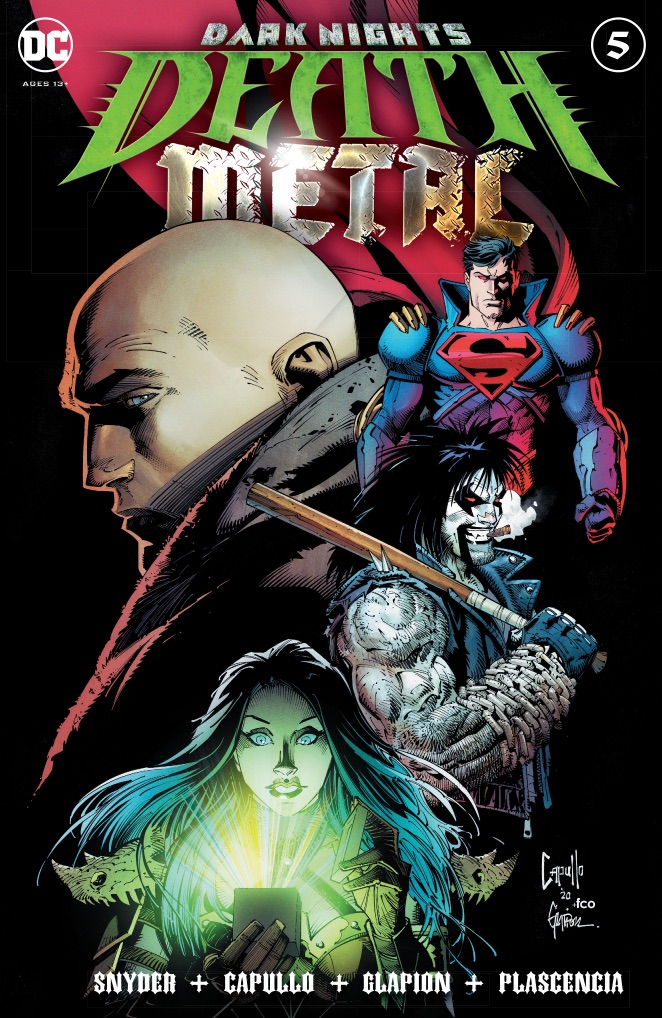 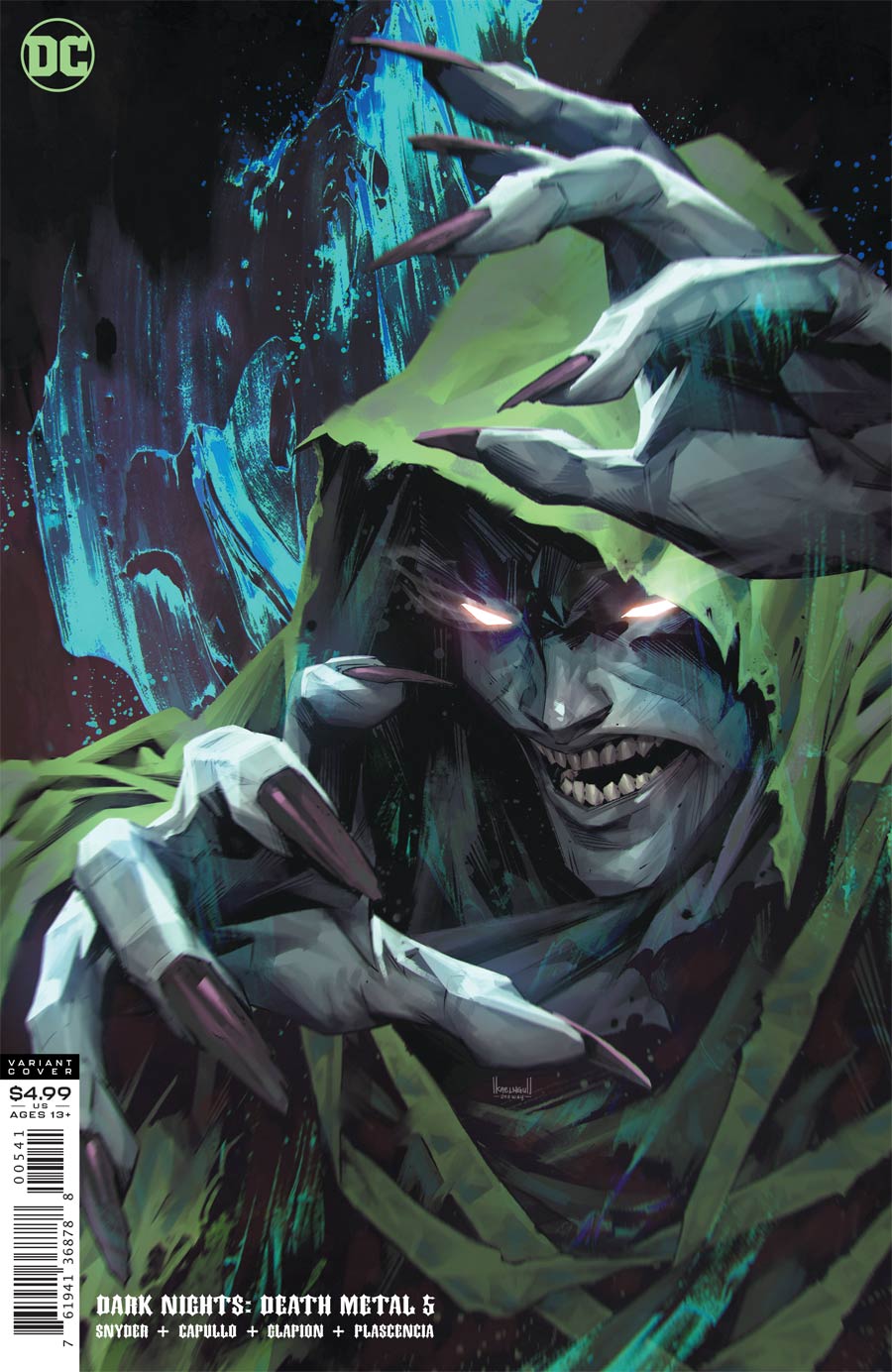 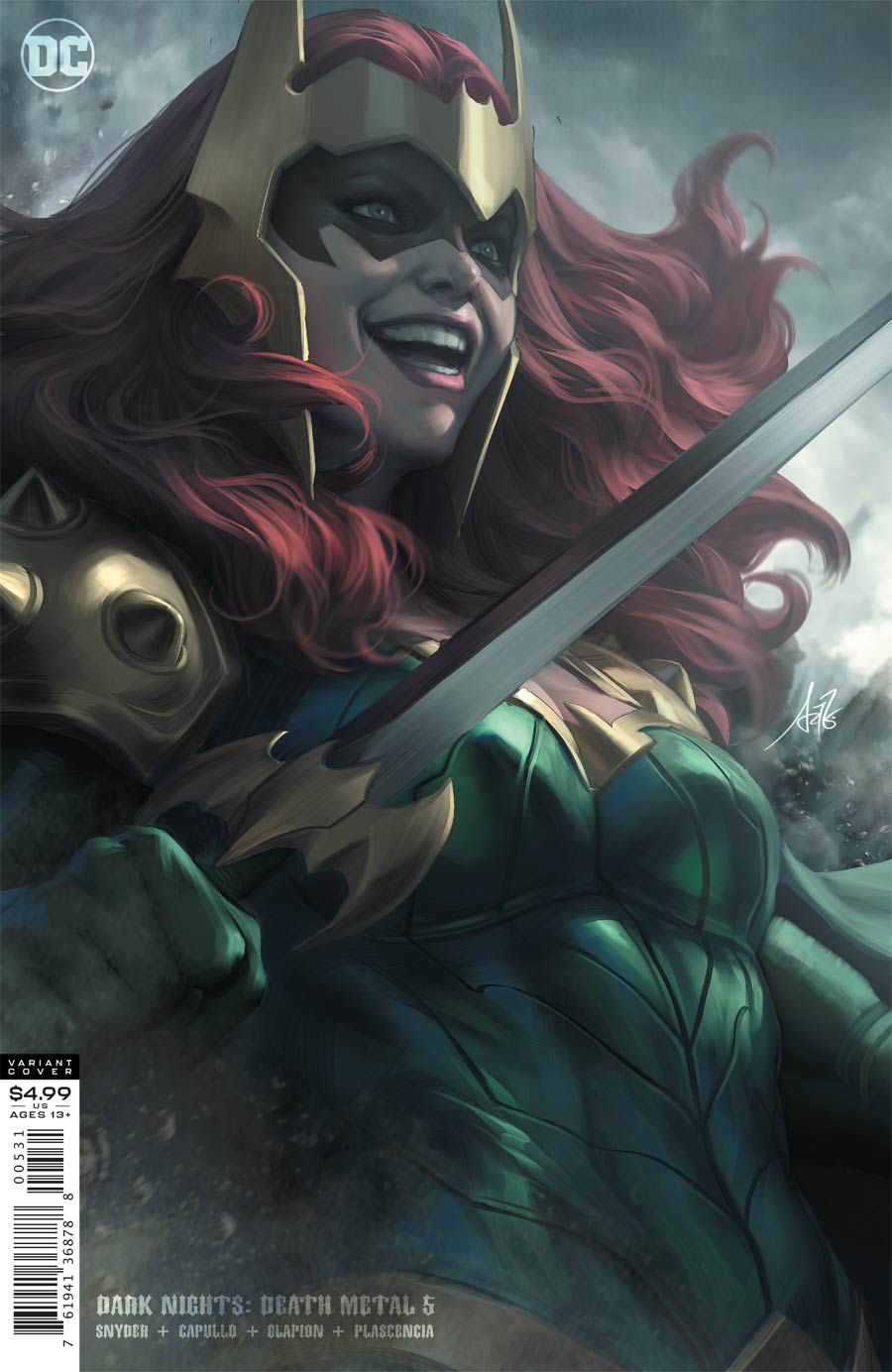 The Darkest Knight, now a virtual god, heads to kill Perpetua leaving Castle Bat, now in the form of a giant, to take care of our heroes.

The heroes stand zero chance against the giant who is now a walking formation of Kane County. The heroes attempts to stop it are to no avail, until the Hall of Doom arrives, with Lex Luthor at its helm. The battle between the Darkest Knight and Perpetua begins, Lex Luthor tells the heroes he has the Death Metal (Element X/Tenth Metal that the Monitor locked away after the events of Dark Nights: Metal) and how he had been making a machine that could look into the heart of reality. With the machine, they can remove the obstructions of the timeline, unlocking all lost memories of the DCU, giving them the Anti-Crisis energy needed to fight the Darkest Knight.

Once learning the truth, Wonder Woman realizes that she was the cause of the Justice League failing against Perpetua in the first place. Batman reveals that he's been dead all along (hence the use of the Black Lantern Ring), Superman admits that there's no stopping his transformation into becoming a Darkseid, regardless the World's Finest pledge to fight alongside Diana one last time. Wonder Woman leads an army of Lobos (made from Lobo's blood) to the Rock of Eternity, Superman frees the villains locked away and asks the remaining Supermen, the Lantern Corps and Black Adam himself to destabilize the Prime Earth (the centre of the Multiverse), effectively stopping the Darkest Knight from drawing anymore Crisis energy. Noticing this, the Darkest Knight sends his evil Earths out to kill the united army of heroes and villains, ready for the final battle.

Story - 4: We certainly are gearing towards the end of the series now, and this issue was a lot of exposition and the putting the pieces in place for the final battle.

The biggest take away was that Batman has been dead all along, thus the reason he has the Black Lantern ring. This was the coolest aspect for me, as it caught me by surprise, and I kicked myself for not realizing it beforehand.

Superman's condition being irreversible, and his fate as a Darkseid being imminent was something that I had picked up earlier, and no doubt he will return to his usual self at some point, but this was a great bit of writing, having him use whatever time he has left to help save the multiverse.

Truth has always been Wonder Woman's gimmick per se, but it was great characterization on Snyder's part, having her accept her loss/mistake, and go to set it right.

Really loved seeing Lobo used in such a way, it took me back to "Our Worlds at War" Young Justice, when Lobo had similarly used his blood and become an army, such a good call back, something I love about Snyder's writing.

Lastly, having Lex come to the rescue, and having his hero moment, seems to still be the thing that DC editorial seems to want to push, but seeing that this is basically a Crisis event, a heroic Lex is a must, just like a Monitor. Also putting into place the fact that the DCU timeline will be restored back to pre New 52, got me really excited.

Looking forward to seeing how this series will conclude, hopefully Snyder still has a few tricks up his sleeve to show us.

Art - 5: Greg Capullo's art is always a joy to behold, and this issue was no exeption. From the opening page to the closing, Capullo manages to capture the scope of Snyder's writing, and tell a great visual tale.

Castle Bat in the form of a giant opponent for the heroes reminded me of the Transformers for obvious reasons, but what made me laugh was that Batman and Harley were pulling on a rope/cable attached to its legs, in what appeared to be them trying to stop it from walking away. This was one of the silliest moments I've seen all series, but did make me laugh though.

Really love the transformed look of Superman, and the really long hair that he's sporting. I hear that McFarlane Toys is making an action figure of this, so I can't wait to track that down and add to the collection one day.

Cover Art - 5: At first look, it seemed that Wonder Woman is holding the lead box that houses the Kryptonite ring. Not sure why Superboy Prime was used in place of Superman. Really like Lobo in there, as well as Lex. Just wish that something was there that represented Batman and the Black Ring.