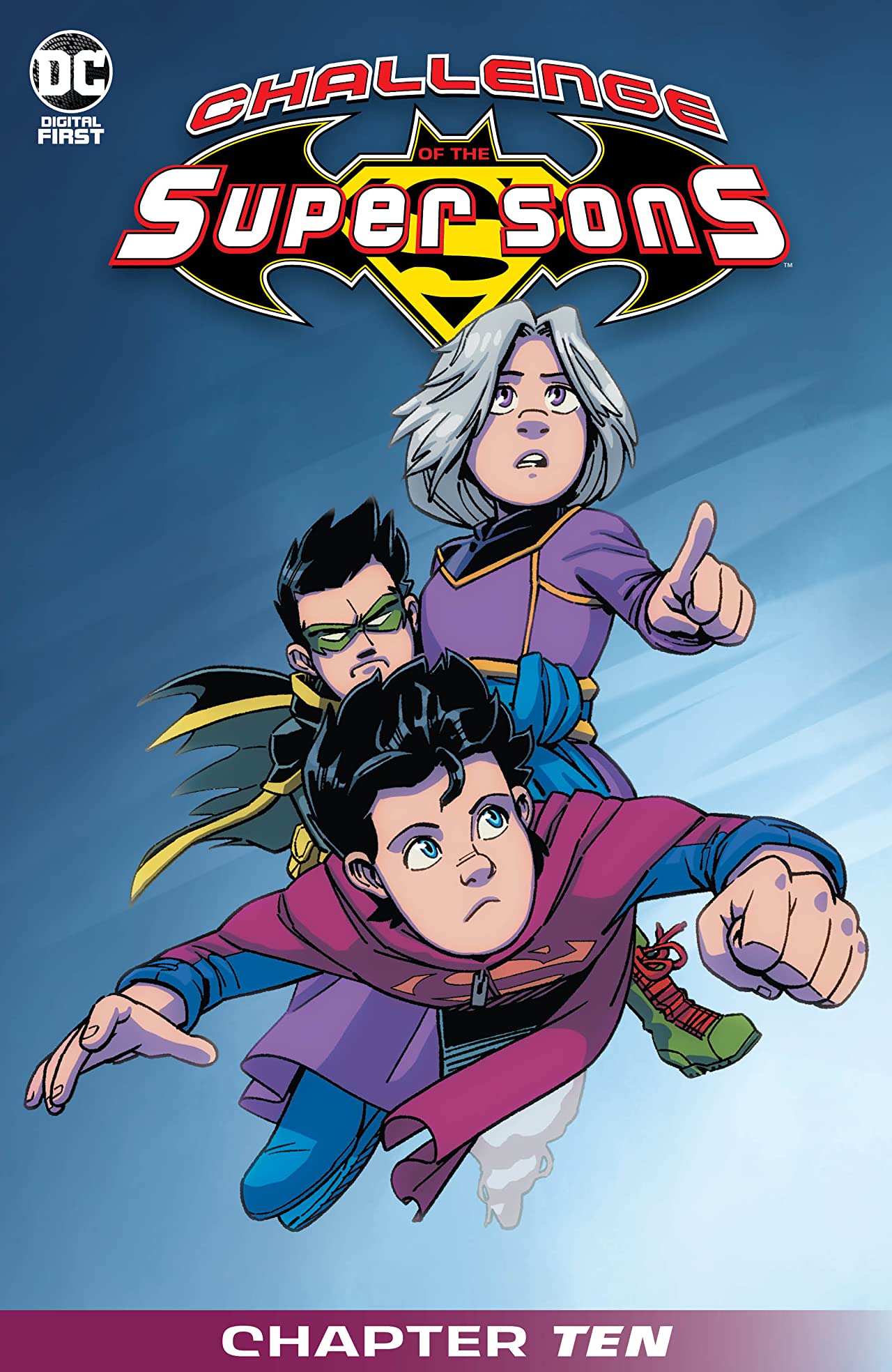 Challenge of the Super Sons #10

Reviewed by: Craig Boehmer
Click to enlarge
Told from Felix Faust's perspective, this issue takes place in the past. Faust and Savage have misled their slave Rora to believe she can hide the boys in her treehouse in an enchanted forest protected by trolls. Savage brutally dispatches of the trolls, and the two villains confront Rora and the boys in her hideout. Rora has discovered the magic of time travel and is preparing to send the boys back to the future to protect the Justice League. During the fight between the boys and the villains, Rora is captured. Through threatening to kill Rora Savage can incapacitate the boys, and they head out.

Story - 4: This was a fun read, but I docked a point because there is no context for what is going on compared to last issue. The previous issue ended with the boys realizing they were on the list, and then we are dropped into this issue without any notice as to whether this was during the boys first trip to the past, or a second one, or if it is occurring in the present. That being said, it was a fun fantasy-esque story. The interplay between Robin and Superboy when they discover that Superboy drank fermented troll's urine captured their relationship quite nicely.

Art - 5: As jarring as the art on this issue is, compared to previous issues, and as much as I hate when artists change in the middle of a story arc, the art works for this story. It really sells the idea of this story being its own whimsical, fairy tale motif. It feels like they are in the Smurfs village, granted the villains are definitely a lot more competent and savage than Gilgamesh. I wish they would have tapped Evan Stanley for the earlier lost in time issues, it would have looked nicer, and it would have created better story continuity.