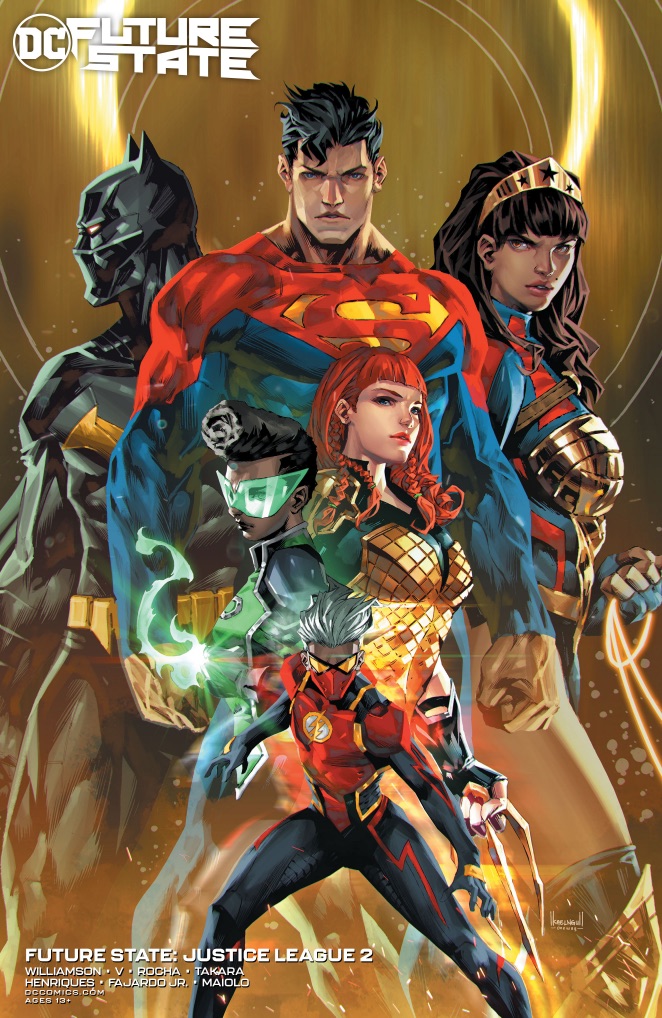 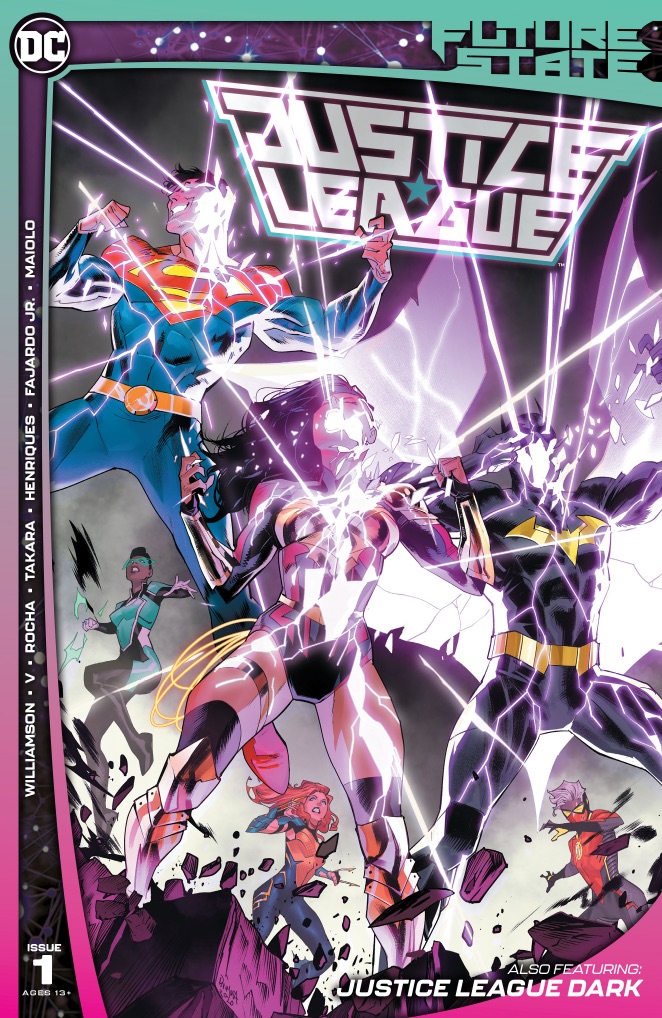 Scheduled to arrive in stores: February 9, 2021

Reviewed by: James Lantz
Click to enlarge
The White Martian shapeshifting Hyperclan has banished the Justice League to Hell World, a fiery Earth in another part of the multiverse where the Hyperclan themselves were exiled by the previous League. The Hyperclan is impersonating Jon Kent and the rest of his allies in an effort to sully the heroes' reputations. How Justice League escapes their imprisonment could be a matter of life and death for all life on Earth and in the entire multiverse.

In order to prove they are not White Martians, members of the Justice League reveal secrets to one another. This comes in handy when they return to Earth to fight the Hyperclan. Their impersonation of the League doesn't last. In fact, our heroes' knowledge of one another allows them to uncover who is part of the Hyperclan and defeat the villains. Now, the Hyperclan is back on Hell World, and Jon Kent's Justice League is meeting to discuss new members.

The Justice League Dark story by Ram V. and Marcio Takara also continues in this issue.

Story - 4: This is a good story. However, it feels like two or perhaps even three issues were crammed into the book. Had this Future State event lasted a month longer, perhaps Williamson would have been able to flesh out the areas that feel rushed or left out in his part of the overall arc. In spite of that, the comic is enjoyable. The aforementioned flaws do stick out like a sore thumb though causing it to lose steam somewhat.

Art - 5: Robson Rocha seems at his best when he works on Superman related art, including this one. The scene of the Justice League returning to Earth is particularly mind blowing. I can't wait to see more of his art in Superman's universe.

Cover Art - 5: This another awesome cover that seems influenced by the Justice League comics of the mid-to-late 1980s. Dan Mora should be drawing at least one story arc in the League's main title.

Variant Cover Art - 5: This, to the best of my knowledge, is the first time I've seen Ngu's art. I hope I see more of it.