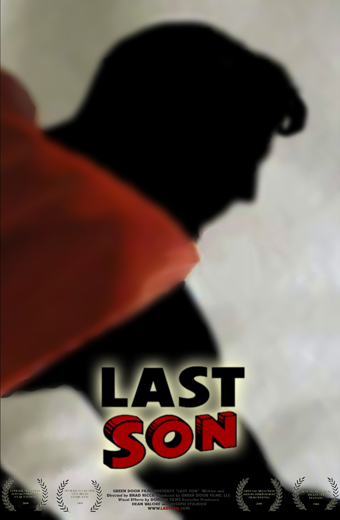 "Last Son" is the highly anticipated, unauthorized documentary film about Jerry Siegel and Joe Shuster, the two creators of Superman. Painstakingly researched for five years, "Last Son" throws out all the boring old mistruths and oversimplified stories in favor of a sharp, oftentimes shocking new take on how the Man of Steel was created during hard times and dark days in Depression-era Cleveland.

Incorporating previously undiscovered artifacts, newly unearthed art, and stunning, unseen movies of Joe, Jerry, and the 1940 World's Fair, "Last Son" tells a story of unbearable loss leading to a character literally designed to save the real world, not a fictional one. Now, for the first time, a man in blue tights and a spitcurl can begin to make sense.

Done in a provocative DIY style meant to mimic the boys' own creative process during the miasma of the Great Depression, the films eschews the commercial style of most celebrity-driven documentaries in order to present information in a way that encourages the viewer to make his or her own connections to the world of personal loneliness and sprawling imagination that gave birth to Superman.

The film addresses and answers many new questions including:

These questions and many more are answered definitively by "Last Son", as it does something no one has tried in seventy years: uncover the real secret origins of Superman.