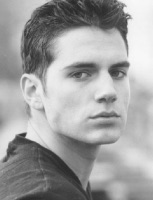 May 7, 2009: Henry Cavill on Nearly Being Superman

MTV's Splashpage spoke with actor Henry Cavill and found out just how close he was to playing Superman on the big screen...

Before the Bryan Singer-helmed "Superman Returns" went into production, Cavill was slated to star as the Man of Steel in "Terminator Salvation" director McG's vision of the beloved DC Comics superhero.

"I was attached to the McG 'Superman' movie," Cavill told MTV News during a press event for Woody Allen's "Whatever Works." "Then Bryan Singer came on and took the helm and he made his movie."

Cavill claims that his involvement in the superhero film went so far that he even wore a Superman costume. But due to a variety of reasons, including McG's self-acknowledged fear of flying from the United States to Australia, the project itself never took flight.

"[The McG and Singer versions] were two different movies," Cavill explained. "So it wasn't so much of a sting because it was like, 'Oh, I got [the role],' and then the movie just didn't happen."

You can read the full report at MTV.com.