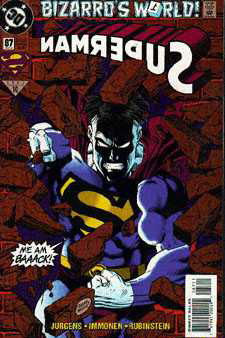 The Hollywood Reporter has published an article that reveals that comic book writers Geoff Johns, Grant Morrison, and Marv Wolfman have all been employed by Warner Bros. as consultants and writers to oversee its DC Comics superhero movie projects...

This past fall, Warners quietly hired three of DC's biggest writers - Geoff Johns, Grant Morrison and Marv Wolfman - to act as consultants and writers for its superhero line of movies. The move involved taking back the reins on projects being handled by such producers as Charles Roven ("The Flash") and Akiva Goldsman ("Teen Titans").

Some agents and scribes grumbled about being forced to work with the consultants, never mind that Johns started his career as an assistant to "Superman" director Richard Donner or that Wolfman has worked in animation since the 1980s.

The moves have begun to pay off. Johns worked up a new treatment for a "Flash" script, being written by Dan Mazeau; Johns will act in a producer capacity on the project, which has not attached a director.

The projects Morrison and Wolfman are working on are in the early stages at Warners, whose execs declined to comment.

The article goes on to list a number of films that the WB currently have in the pipeline... and amongst them is something titled "Bizarro Superman"...

The studio is taking pitches on sci-fi hero Adam Strange and the underwater-breathing hero "Aquaman," to be produced by Leonardo DiCaprio and his Appian Way shingle.

Also in the pipeline: "Bizarro Superman" being written by "Galaxy Quest" scribes David Howard and Robert Gordon; a sequel to "Constantine," with Goldsman and Erwin Stoff producing; two concurrent Green Arrow projects, an origin story and a prison-set one titled "Super Max"; and "Shazam," which was set up at New Line but has moved to Warners, with Pete Segal attached to direct.

You can read the complete article HollywoodReporter.com.