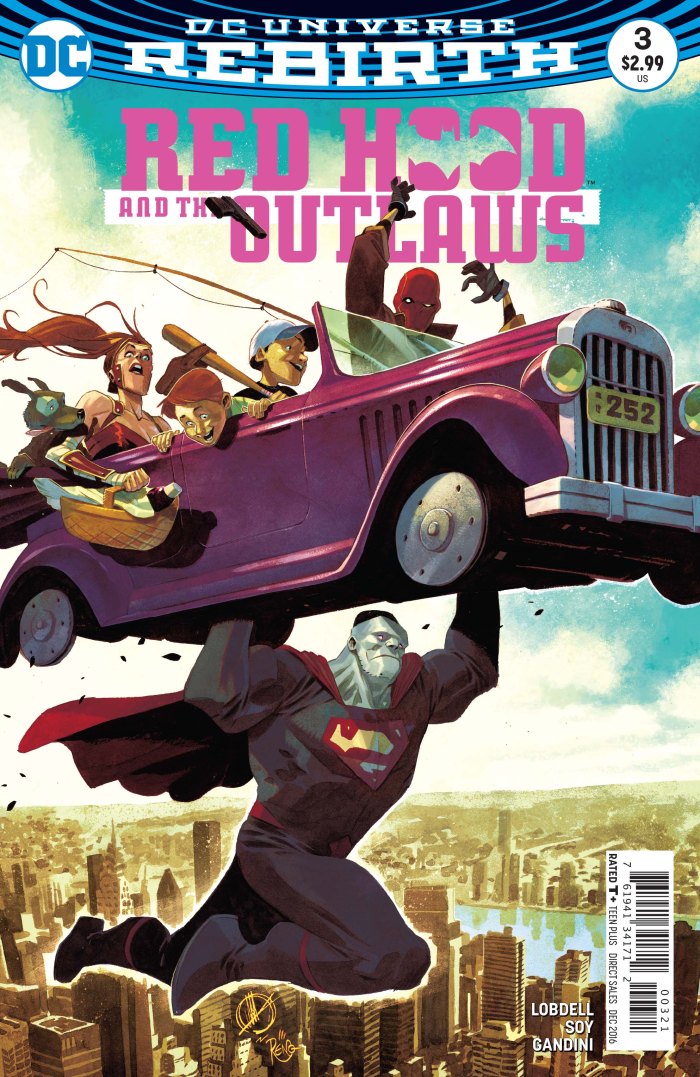 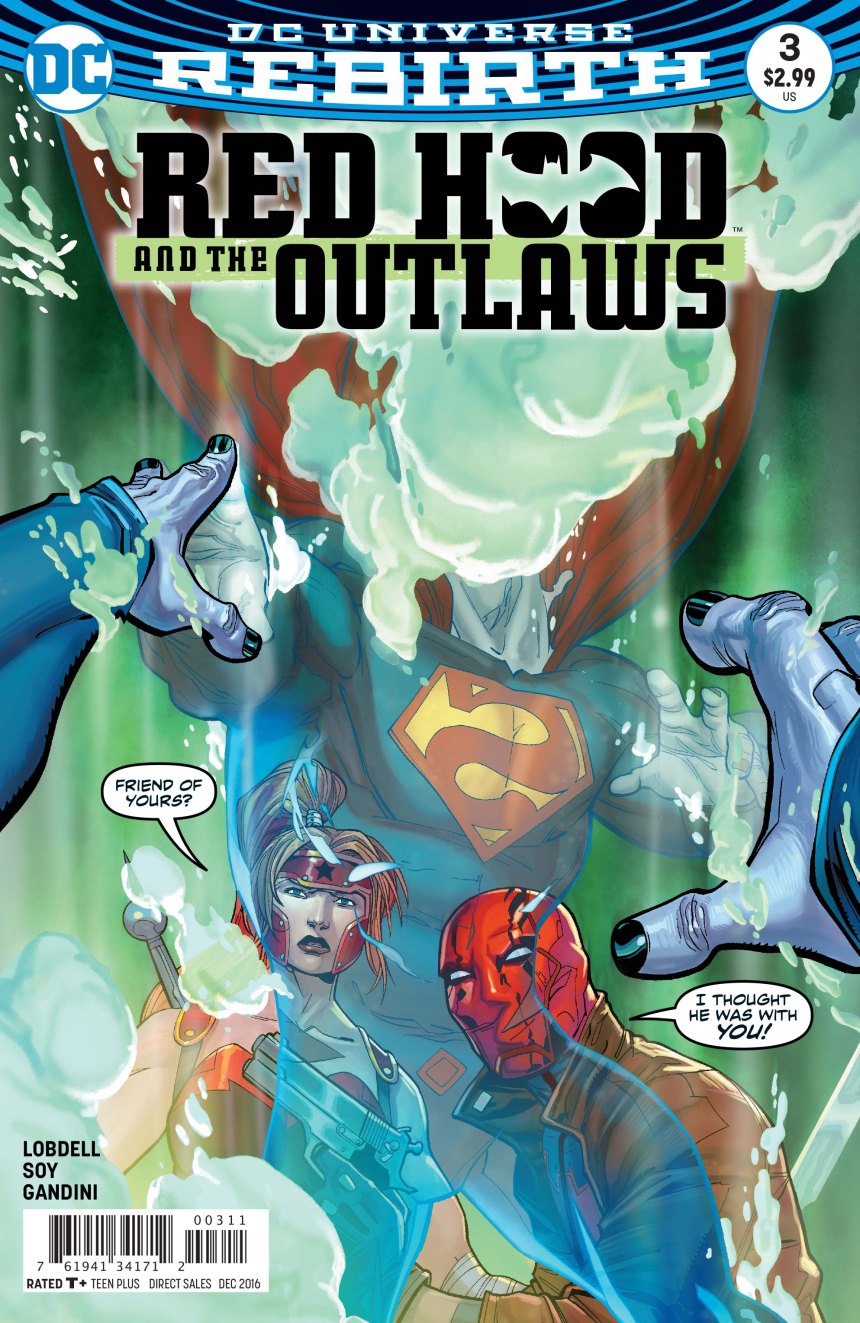 Reviewed by: Keith Samra
Click to enlarge
We pick up from the end of the last issue. Artemis and Red Hood discover a Superman clone in the rail car that Black Mask was hi-jacking. They are both knocked out by gas that Black Mask has pumped into the container. Red Hood/Jason wakes some time later at Black Mask's home. Jason realizes that his cover as a double agent is not blown, and still has Black Mask's confidence.

Black Mask takes him to the facility where they are holding both Artemis and Bizarro. Artemis tells Jason that she is purposely staying at the facility and not breaking out. In case she comes across what she is ultimately after, also to keep an eye on Black Mask and Bizarro.

Black Mask releases Bizarro from his holding chamber, and flushes out the liquid that is preserving him. Bizarro mutates when he is exposed to the air. At first he finds it hard to breathe and his skin turns white, and he grows a little more in size. The side effects of human technology unable to properly clone Kryptonian physiology.

Jason remembers his own resurrection from the dead at the hands of Talia Al Ghul, in a Lazarus Pit. He forms an unspoken bond with Bizarro.

Knowing that he can't leave a powerhouse like Bizarro in the hands of someone like Black Mask, Jason talks with Bizarro where he is being held in a cell, close to Artemis. Artemis refers to Bizarro as a monster, only for Bizarro reply that he is not a monster, nor is he Superman... "Me am Bizarro!"

Story - 5: I absolutely love this book so far. It's everything I wanted out of a DC ongoing series, without ever realizing that I was missing out on it!

I wanted to see a new version of Bizarro, and not the giant, backwards talking child minded version we were accustomed to. And even though that is what we got, Lobdell has managed to inject new life into the character. I'm sold, and I'm in. I cant wait to see where this series will go next. And I am so looking forward to seeing more of this Bizarro.

Like issue #2 focusing mainly on Artemis, this was a very Bizarro centric issue, which is intertwined in with Jason/Red Hood's story.

I'm liking the pace that this story is going at so far. I really can't wait for the next issue. If you are not picking up this book, I urge you to hunt it down and read it. You won't be disappointed.

Art - 5: Last review I said that the art in this book is really, good and is a perfect marriage with the writing and tone of this series. That still rings true for this issue. Dexter Soy is a great visual storyteller, and perfect fit for this title.

Soy's art really sets the mood for this issue, from the first page of Jason from his Robin days looking at the glass case featuring Dick Grayson's Robin suit, to the following splash page, where we get our first look at Bizarro before he wakes, while still in the glass chamber in the fluid. That face half in shadow, shows the traits that Bizarro is a Superman clone, but also has a darker side to his nature.

The page where Bizarro is released from the chamber and liquid, with Jason remembering his own resurrection in the Lazarus Pit at the hands of Talia, is so well done, it grabs your attention and pulls you right into the story. Not since John Byrne on X-Men: The Dark Phoenix saga, has someone managed to do this trick with the art, and made it work so well.

My absolute favorite image is the splash page where, Jason is holding Bizarro in his arms, after Bizarro mutates into what he looks like, bigger and white skinned. The reflection of the both of them in the liquid from the chamber features a Talia holding a younger resurrected Jason. This is a great bit of storytelling. I would love to own the original art of this page. This page has set up the relationship between Red Hood and Bizarro for the rest of the series. The coloring also perfectly captures the mood. I love it!

Hands down, the art in this book so far has been stellar. One of the best aspects of this book.

Cover Art - 5: The main covers by Giuseppe Camuncoli and Cam Smith really awesome, as we see Red Hood and Artemis through Bizarro's eyes. The dialogue between the two is very reminiscent of the "Is she with you?"... "I thought she was with you" line from Batman v Superman.

The variant cover is good, but a little "cartoony", and I don't mean in the art style, rather the situation.