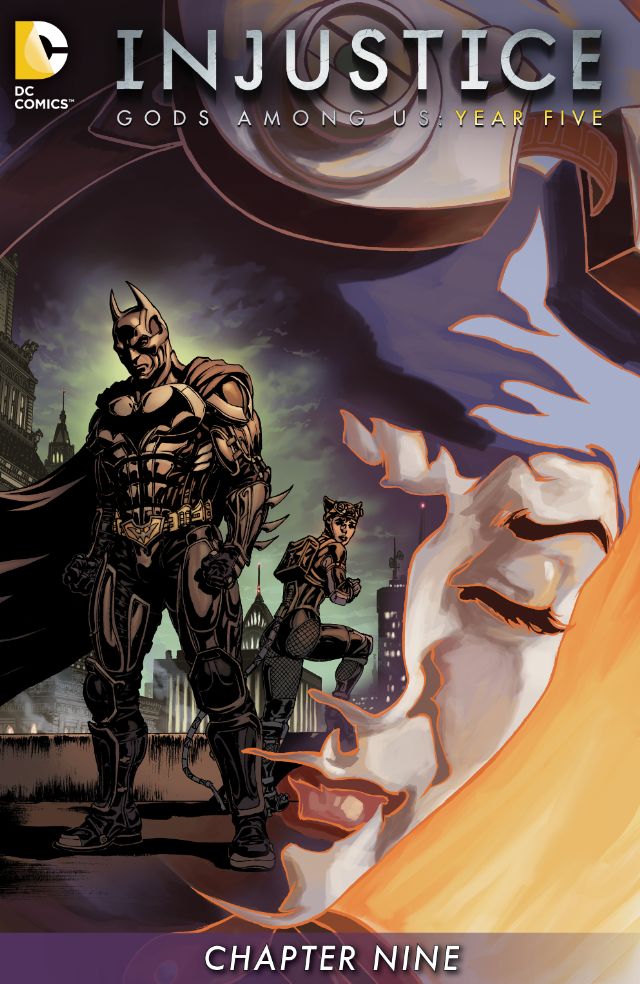 Click to enlarge
The Insurgency carries out a series of terrorist attacks against the Regime. One of the attacks is in Smallville, where Regime Superman is receiving an award. Bizarro views the attacks on television, and believing he's Superman, goes to effect change. Bizarro arrives at an attack in Central City, proclaiming himself to be Superman.

Story - 4: An Insurgency that's willing to stoop to such low levels to combat the Regime, makes for the best issue Buccellato has produced in some time. The attack on Smallville was especially troubling, as any number of innocents could be harmed, and actually were. When all is said and done, do the ends justify the attacks that are being carried out, is a question that should be posed to the Batman but his own Insurgency, much as Wonder Woman has served as something of a voice for Regime Superman, challenging his actions here and there. Batman has lost the moral high-ground, and though this isn't a new status quo, in these pages readers are shown that his battle against the Regime is less and less about removing a despot, and more about his ego driven need to defeat Regime Superman on his own terms, whatever those terms may be. If an innocent dies on the way to deposing the despot, is it worth it? Apparently, yes, when asked of the Batman.

Injustice has been a long read, with much of it trite and compelling as seeing a battle of air versus wind. However, there are these moments when continued reading is rewarded, and this is such an issue. If Regime Superman is blinded by the pain of killing his wife and unborn child, then Batman is equally blinded, but for his own reasons, not justice. He has brought villains to his side, rather than do the wiser thing of bringing the members of the League over to his cause. One defector would get the ball rolling. Instead, it will probably go the other way, and for obvious reasons. The Insurgency has been on a five year losing streak. The Batman has been on a five year losing streak. No trick, strategy, etc., has proven fruitful. Even with a man on the inside, Batman has little to show for his efforts. At some point it became less about the interest of freedom, and more about being the one to take Regime Superman down. That makes for interesting reading.

Art - 3: Another serviceable issue, and that's about it.