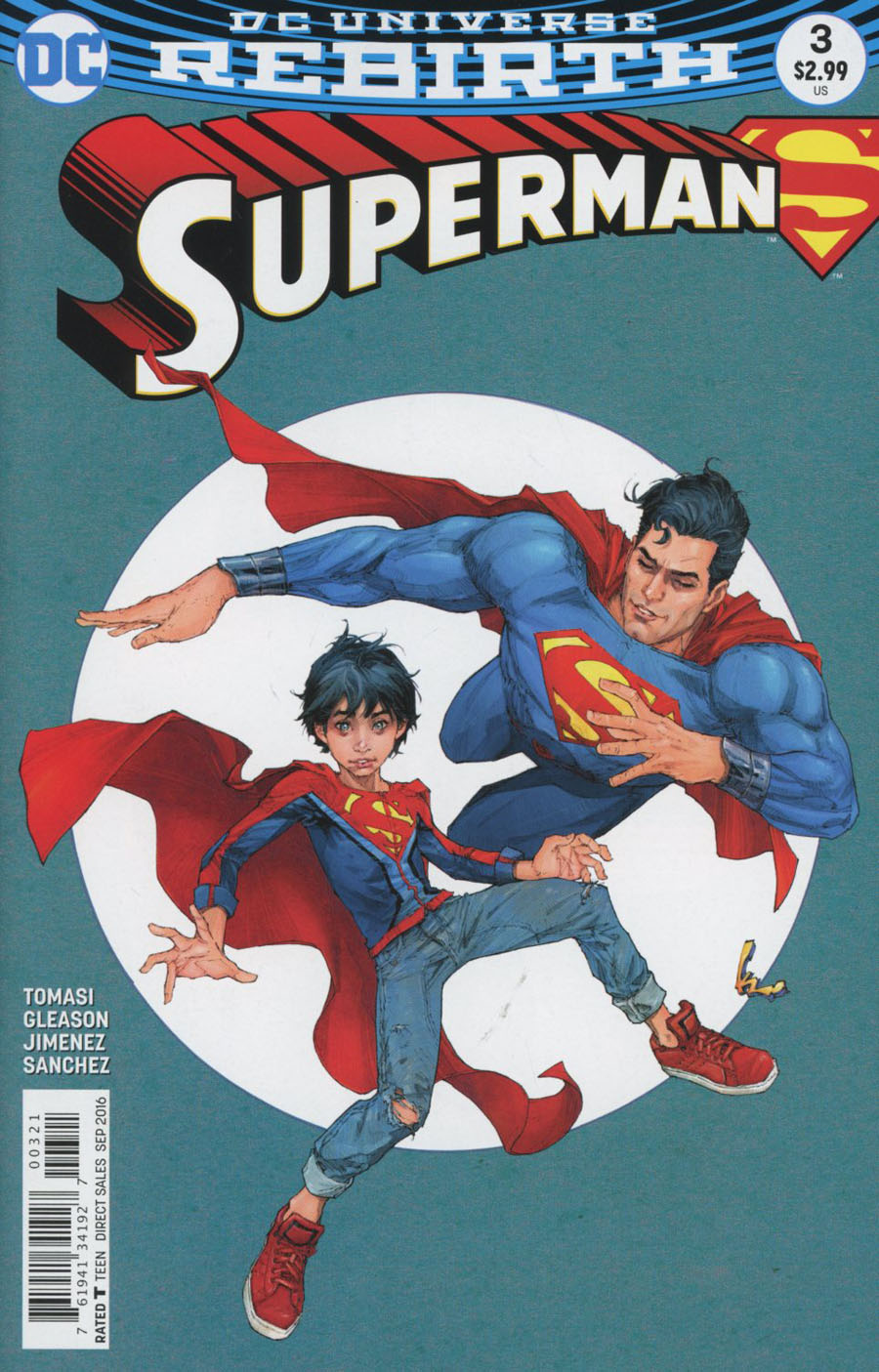 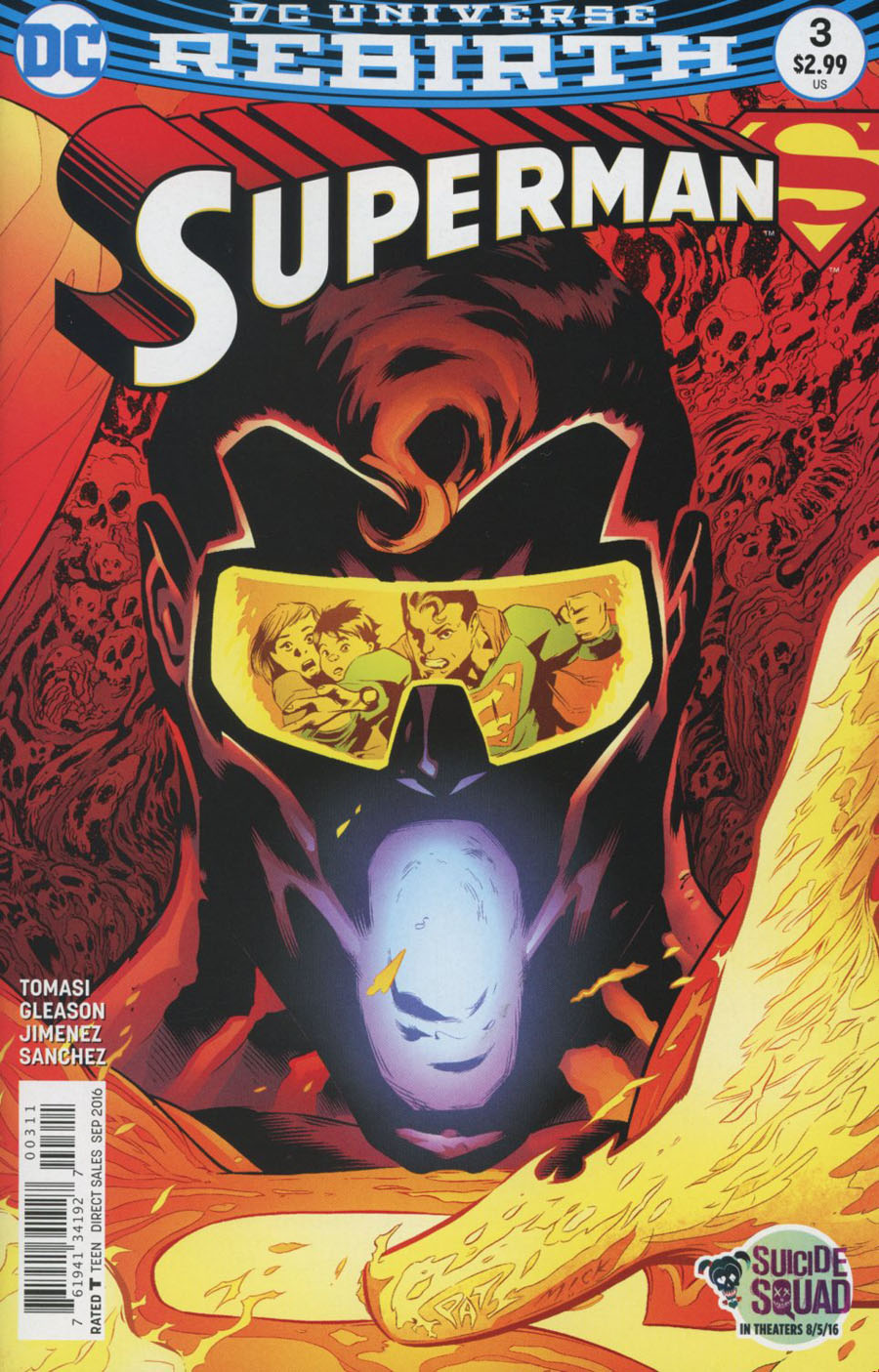 The Mountain Fortress is good, but the fallen Superman's Fortress is far more advanced and so Lois & Clark Smith have brought along their unconscious son Jonathan to discover why his powers are fluctuating. Upon arrival they find the Eradicator facing off against Krypto. Superman is shocked to see a new Kryptonian tech being looking like a twin from his Earth. Clark and the Eradicator fight refusing to listen to each other's dangerous reflection. In the meantime, during the heat of the battle, Jon wakes up and is desperate to help his father fight this menace but as they get more and more aggressive they bring down chunks of sunstone.

The Eradicator catches the largest chunk of the crystal and looms over Lois and Jon with Clark watching in amazement as his 'foe' tosses the sunstone aside and helps his family to safety. Lois, Jon and Clark are all uneasy as they run scans. The Fortress computers reveal that Jon's body is struggling to adapt to being half human, half alien but offer no solution. Clark turns his attention to Eradicator and questions why they look similar and both sport the El crest. He reveals he assimilated Clark's belongings to create a human form. He reveals he was one of many Eradicator mechanoid soldiers that were built on Krypton to follow General Zod's will to arrest all Kryptonian lawbreakers by transferring their life-force to the Phantom Zone while their bodies were placed in cryonic stasis.

During a mission they were sent off planet but Krypton exploded leaving the army of Eradicators lost and alone.

One unit, the one standing before Clark, saw Kal-El's ship escape and their final protocol, find the survivor, was activated and it attempted to follow, albeit slowly.

The drop of blood from Jon attracted the Eradicator and he followed them to preserve the Kryptonian genome. Jon is 'tainted' and therefore would not be able to preserve the legacy of Krypton.

The Eradicator offers to purge the human DNA to make Jon fully Kryptonian and states he must first ingest Jon to cure him. With Clark forced back by the vacuum, Krypto leaps to defend his family and is ingested in the process. Clark is enraged and beats Eradicator to a pulp while a devastated Jon seeing the death of yet another animal picks up Krypto's cape and his eyes begin to burn with energy.

Story - 3: I feel let down. They killed Krypto! Why? There wasn't a reason.

At least with Goldie it was a life lesson and led to a stronger bond between father and son but to kill Krypto? NOPE. NO. This WAS for shock value. I defended the last death but this is not cool. I would slam this issue with a 1/5 just for this but the rest of the issue was actually pretty good. I am deeply conflicted by this event but I still have to review the rest of the issue.

The (re)introduction of The Eradicator is a welcome one, even though he seemingly had gained Arnold Vosloo's vacuum mouth from 'The Mummy' movies. It was silly in the movies and looks comical here, I think I preferred classic Eradicator abilities. Overall it was a necessary chapter but I felt Lois was 'tacked on' for no reason, she wouldn't just shudder and worry. She's a woman of action and words, I am surprised that however ineffective she might have been against the Eradicator, that she didn't at least try to fight him.

I did like the interaction between all the characters, it all felt natural.

I had no issue with the new Eradicator origin, this is an entirely new unit so the New 52 Eradicator that is still out there, can still exist with no conflict of continuity.

Tying him to Zod makes sense but Zod as a character is growing tiresome, I hope if he reemerges that they will give him a fresh spin. That said, there are other Kryptonians out there they could draw from, it is a bit of a yawn that they always use Zod. Does this mean that a Christopher Kent/Lor Zod might come into the picture?

The 'fixing' of Jon's genome by killing off his genetic link to Lois sort of makes sense but I'm not sure I actually like they way it is being handled. I'd rather he was biologically still Lois and Clark's son rather than made of only Clark. A fluctuating invulnerability actually makes for a unique twist to Jon but I guess that isn't happening.

I will just add #BringBackKrypto here. Just because the event needs a hashtag.

Art - 5: I love the art of Jorge Jimenez. I have always thought the unique style keeps the art fresh and powerful.

It is a pleasure to see his art gracing the pages of Superman and I can honestly say it is the best part of the issue. some of the splashes are just fantastic and the coloring just adds to it further.

Nothing redeeming with this one, it just looks like a sketch and one that somehow got to the printing presses without being fully realized.

I feel disappointed in the cover, it just feels half hearted.

Variant Cover Art - 4: The anatomy fluctuation continues and Superman seems to have beefed up again while Jon seemingly has developed a gangly appearance.

Overall however its just brilliant to see Clark and Jon proudly emblazoned on the cover with neither looking miserable, both ready for action.

Never thought I'd see the day that the Superfamily would be embraced by DC Comics and fans alike, but here we are!

Am I the only one that wants Jon's jacket?