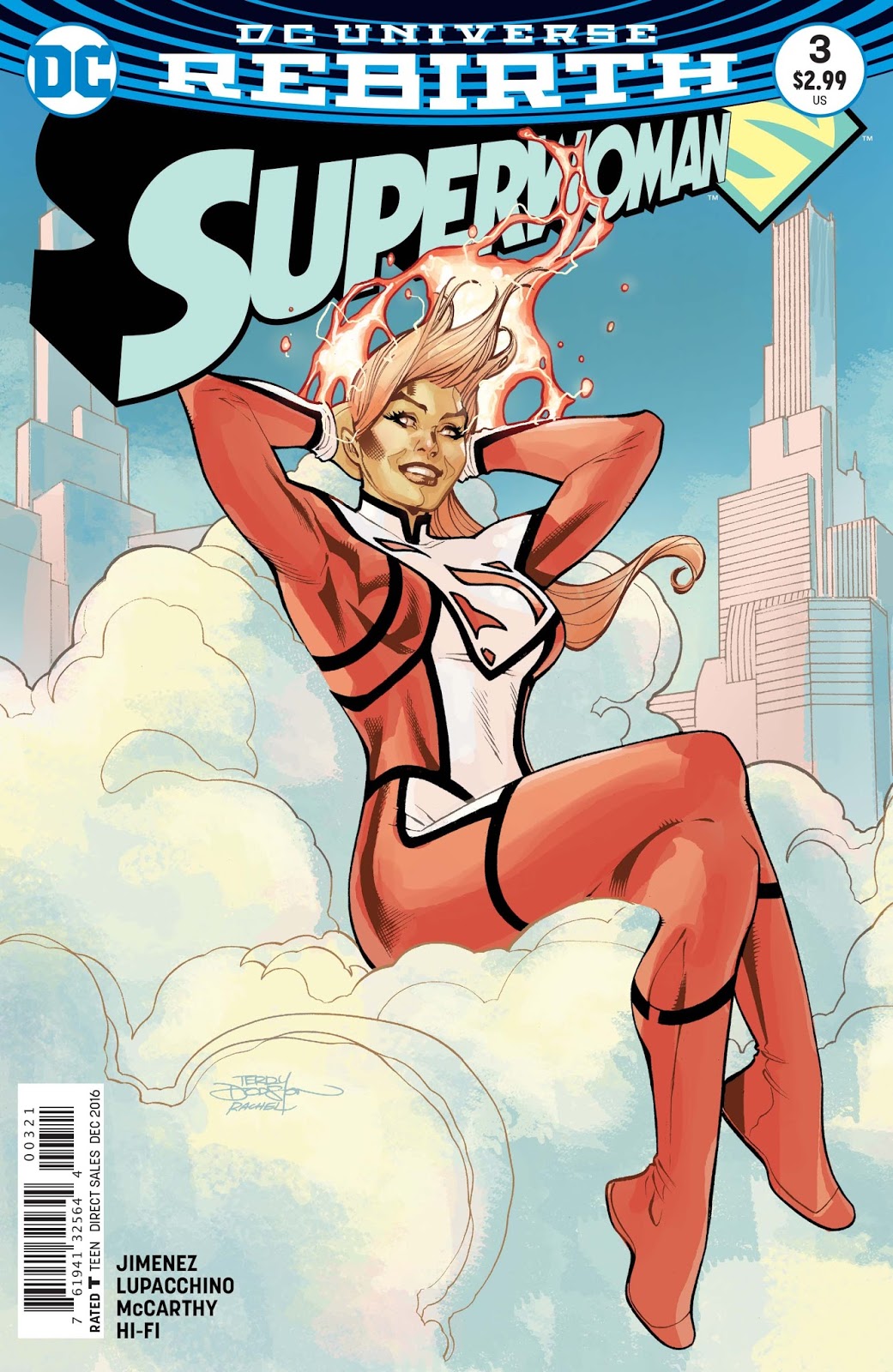 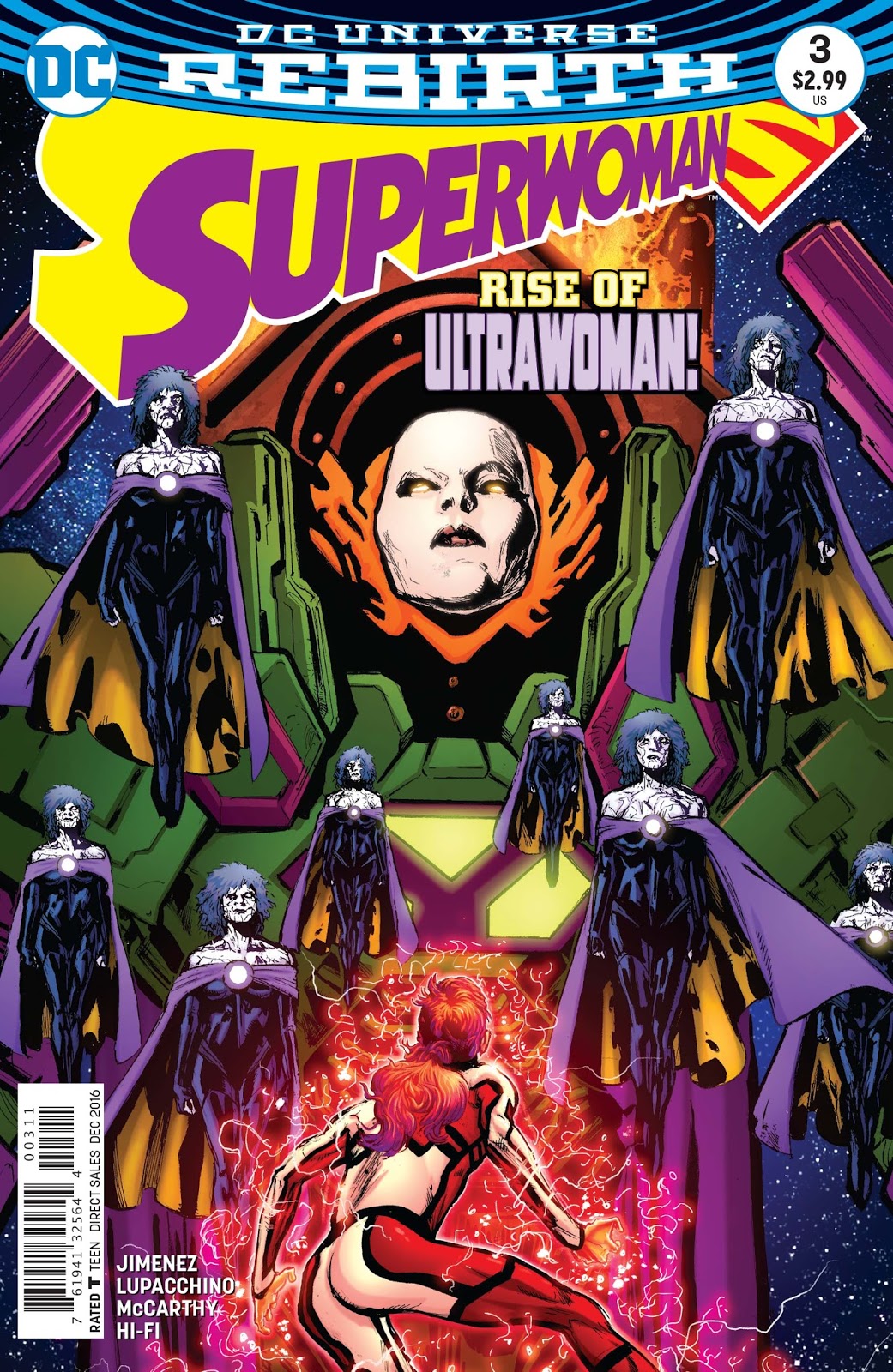 The Atomic Skull is on the loose, leaving Superwoman (Lana Lang) and Steel to stop him. Lena Luthor exacts vengeance on her brother, Lex, for leaving her a paraplegic. However, both are under heavy manners as Lana's new abilities are killing her, and Lena is seemingly possessed by a corrupt Mother Box. Lana is able to save the city, but with unknown damage done to herself. Lena becomes consumed by her Mother Box, becoming Ultrawoman. Nothing is certain.

Story - 2: What started off as a great and interesting title, has become a something of a chore. The send-up of the book was Lois Lane as Superwoman, and Lois was dashed in a New York minute. Lana has become Superwoman by sheer default, and that has proven to be a totally unappetizing affair. Heroism may involve self-sacrifice, but it doesn't necessitate sheer stupidity.

Jimenez has gone from rich dialogue and lush visuals, to a weighted, unwieldy behemoth of a book. This is mostly on the shoulders of Lana Lang, for in replacing Lois Lane, she inherited the unenviable task of carrying the title on her own. Jimenez continues to depict Lana as a headstrong fool, and an unlikeable pretender to the legacy of Superwoman. It's an amazing turnabout within the space of three issues. Where I was once eager to read Superwoman, I now have the same eagerness to move on to something else. Anything else.

Art - 4: The art on the book is still a winner; some of the best line work being delivered this month... but it still isn't enough. It is, however, enough for now.

Cover Art - 4: Something about the garishness of Superwoman seems... fitting.