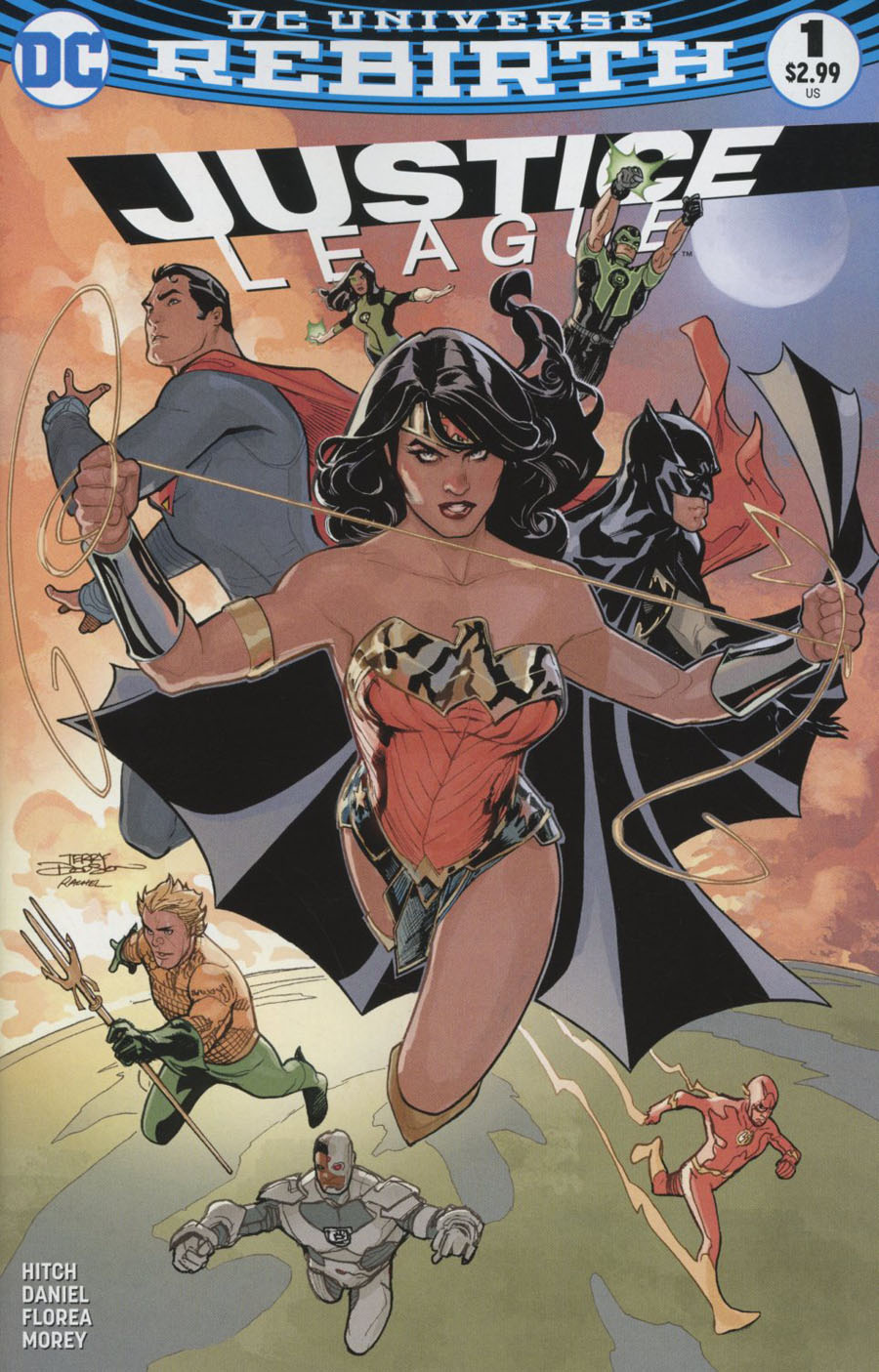 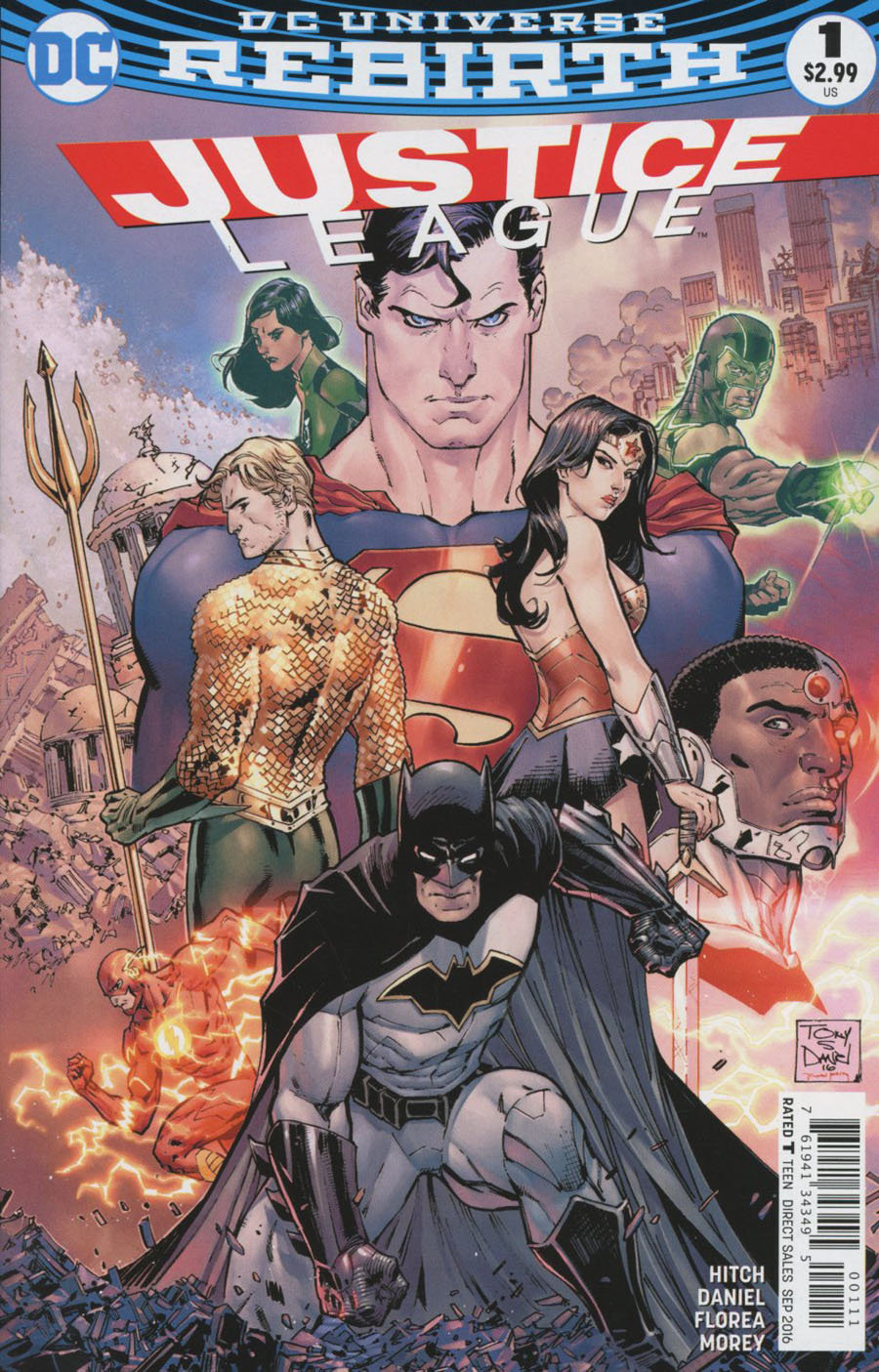 Wonder Woman is in the midst of decimating an army, when an earthquake destroys the aforesaid and more. Several more earthquakes are noted around the planet, and the Justice League task themselves with saving the population of Earth, which stands in extreme peril from the crisis. While this is occurring, the League is beset individually with attacks from a new nemesis called the Kindred.

Story - 4: Hitch continues with a strong start on his latest Justice League run. In the previous issue, Hitch devoted a copious amount of time to characterization and that continues here. One character being the exception, the League is rendered aptly and faithfully, which allows new readers a perfect place to become acquainted with the heroes, while enjoying the action and adventure. The debut of a new challenge, after the debut of the Reaper last issue, is admirable, but only if applied with cohesion going forward. It's grand to see the League tackle new foes, rather than fall back on yet another Darkseid story... which will come eventually, but until then, it's inspiring to see the harder route taken as opposed to the well-worn one. The creation of new characters isn't attractive in comics, as it's simpler and easier to do a "take" on an established character, and hope to strike gold there, as opposed to nurturing a nascent one into something of worth. Many fall by the wayside or worse, are only used effectively by the ones who created them, i.e., Ras Al Ghul, Bane, Mongul, etc., but the desire to do such is no less heartening. A serious challenge for the Justice League is always welcome, and between the Reaper, the Kindred, and whatever else may come, the League will definitely have their hands full.

Rebirth has been sold as a return to legacy and for the most part, Justice League is on point with this mantra, with the exception of one character, Wonder Woman, gone, perhaps forever, is the Ambassador of Peace, sent to Man's World to show us all a better way, with warrior's power to defend, but an even more powerful heart to disarm and educate. Wonder Woman has become a testosterone fueled fantasy for whom one can only guess. In contrast, characters like Superman and the Flash are embracing their respective cores like long lost friends. Superman is barely present in the issue, yet he's everywhere. The Flash is in constant movement, speeding as only he can (well, he and Superman) for the sake of someone who needs help. In contrast, Wonder Woman is covered in muck and blood because she's been fighting, but not because she was saving anyone. Hitch's characterization of Wonder Woman is so discordant with her legacy, and mostly because there is such an emphasis on war, violence, fighting, etc. Not very wonderful.

Art - 3: Daniel gives the Flash a splash page to show what he's all about, and it's down-right prosaic. The layouts are less imaginative than a 4-piece puzzle. Even Daniel's Wonder Woman work is lacking, and he's rendered top images of her while working on Superman/Wonder Woman.

Cover Art - 3: Last month we had a cover of the Justice League looking at the reader, and this month, we've more of the same.