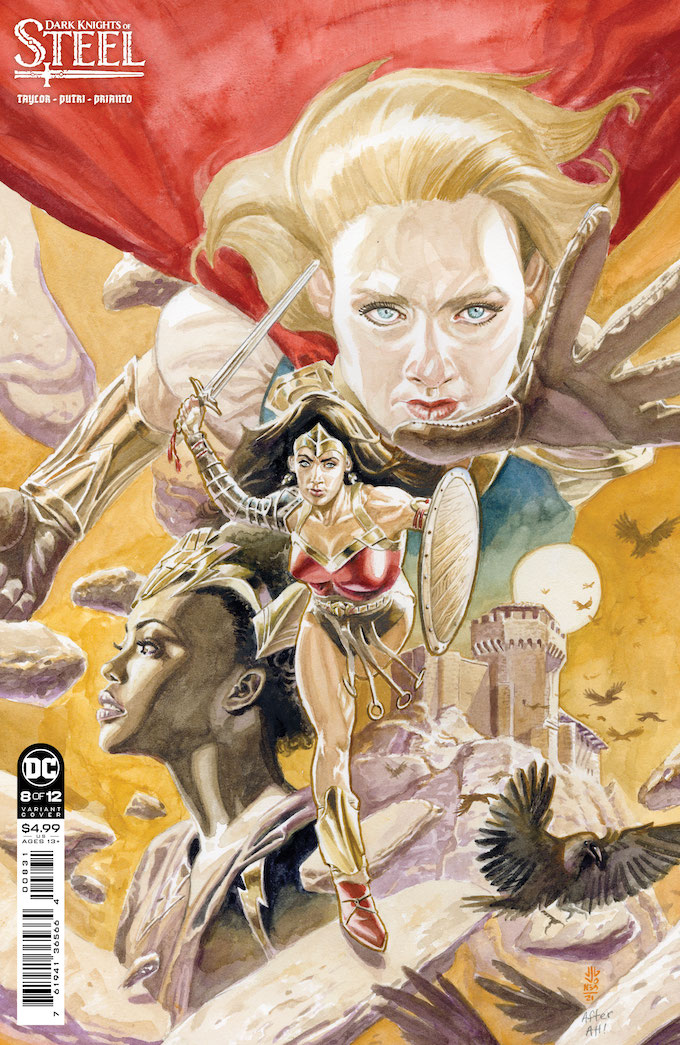 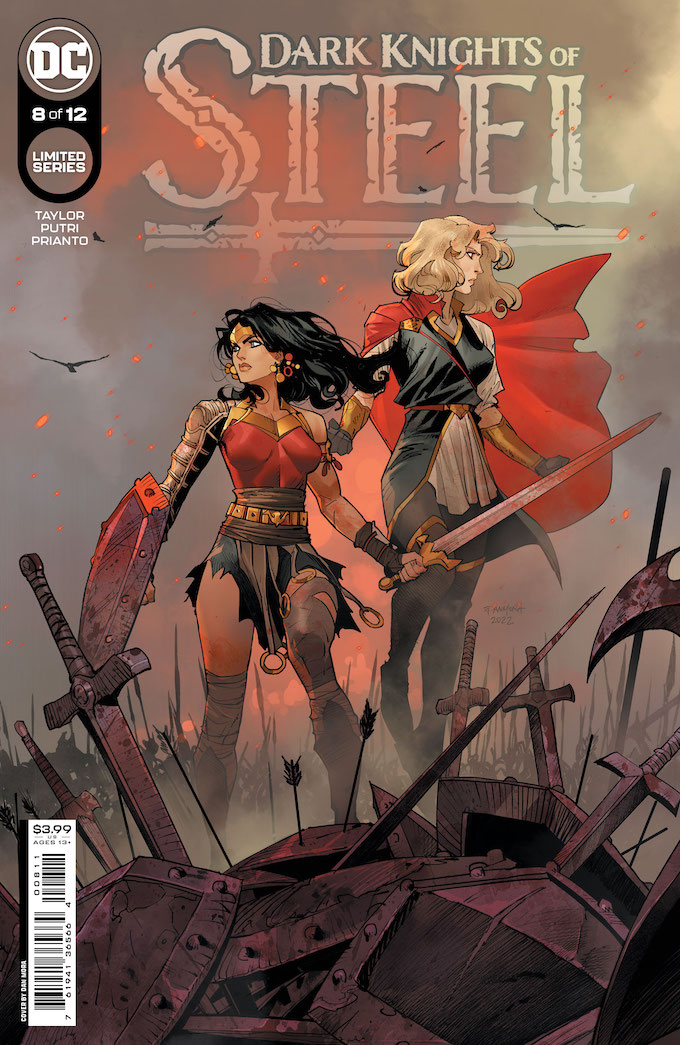 "War of the Three Kingdoms" 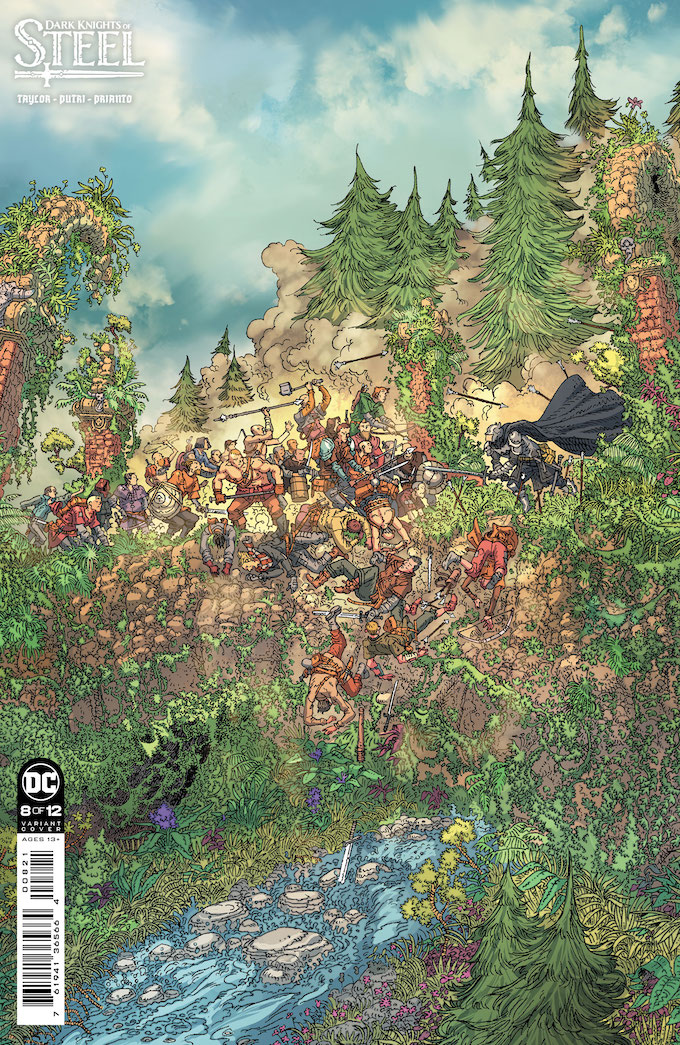 The Amazonian and Kingdom of Storms' armies are camped in the Kingdom of the Els. Far above the camp flies the green man, a seeming amalgamation of the Joker and Lex who decides that it is time for this age to end. Queen Hippolyta and Queen Amissa meet to discuss battle plans and goals for the campaign. Lois Lane confronts Constantine about a secret weapon he has hidden in a wagon, she reveals a suspicion that an unknown entity is pushing the powers to war, however all Constantine cares about is justice for the murder of his king.

Meanwhile in the dungeons of El, Oliver Queen and Black Canary begin plotting an escape. The next day the armies approach Hobbs Forest, Amanda Waller and Harley Quinn seek to parley with them in the forest. When no peace can be established, Harley asks Ivy to unleash the forest on the armies. The forest crushes much of the army until the Green Man finds Ivy and knocks her unconscious, freeing the soldiers. This clears their path to the castle. At the castle the House of El is marshalling their forces. Diana and Zala fly down from the battlements in another attempt to broker a peace. During this discussion, Constantine urges the resurrected son of the King to control the water in Zala's lungs. As she is dying Diana pleads for help from Hippolyta, and then Queen Lara arrives. As she approaches Queen Hippolyta, the Amazonians begin to discuss their demands. After Hippolyta offers her word that if Lara turns herself in no one must die, Lara... responds.

Story - 4: All I can say is... welcome back "Dark Knights of Steel". It has been far too long since I last read an issue of this maxi-series. It causes me to have such mixed emotions about Tom Taylor as a writer. Because on these self-contained Elseworld series' he nails it, but in the ongoing format, such as "Superman: Son of Kal-El," he whiffs far more often than he succeeds. The issue for the most part is slow, with numerous attempts for peace. As much as I disliked the pace, I really enjoyed some of the twists that occurred, and the character reactions. Constantine is so succumbed by his grief that he no longer cares what happens to anyone, or how he will achieve his means. I loved his subterfuge and anger, bringing back Jackson to sneak attack Zala was exciting. Lara's actions make me think that she is actually the Green Man in this situation. The last page elevates the whole book.

Art - 5: It is so good to see Yasmine Putri back drawing this book. Their art is phenomenal for this style of book. The fantasy element comes alive when Yasmine is pencilling.

Variant Cover - 1: I really dislike this cover, the faces are just... so poorly done. And I get that it is art and is all subjective, so maybe someone else loves this cover. But I do not.

Variant Cover - 3: Kind of a fun "Where's Waldo" style of cover. Everything was so small though that many details were lost.