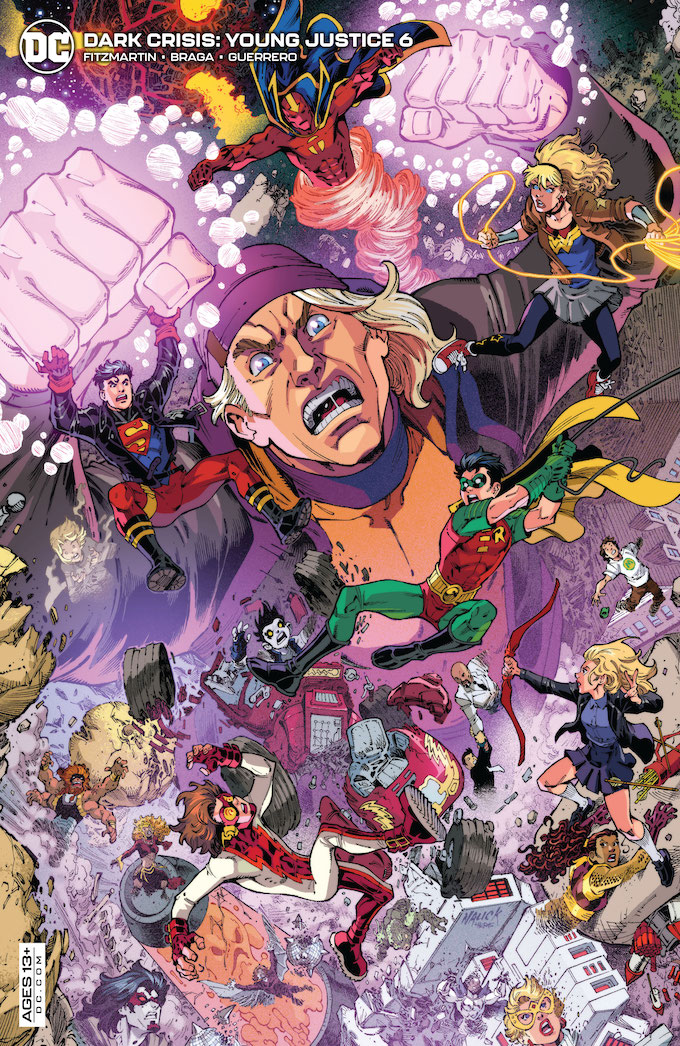 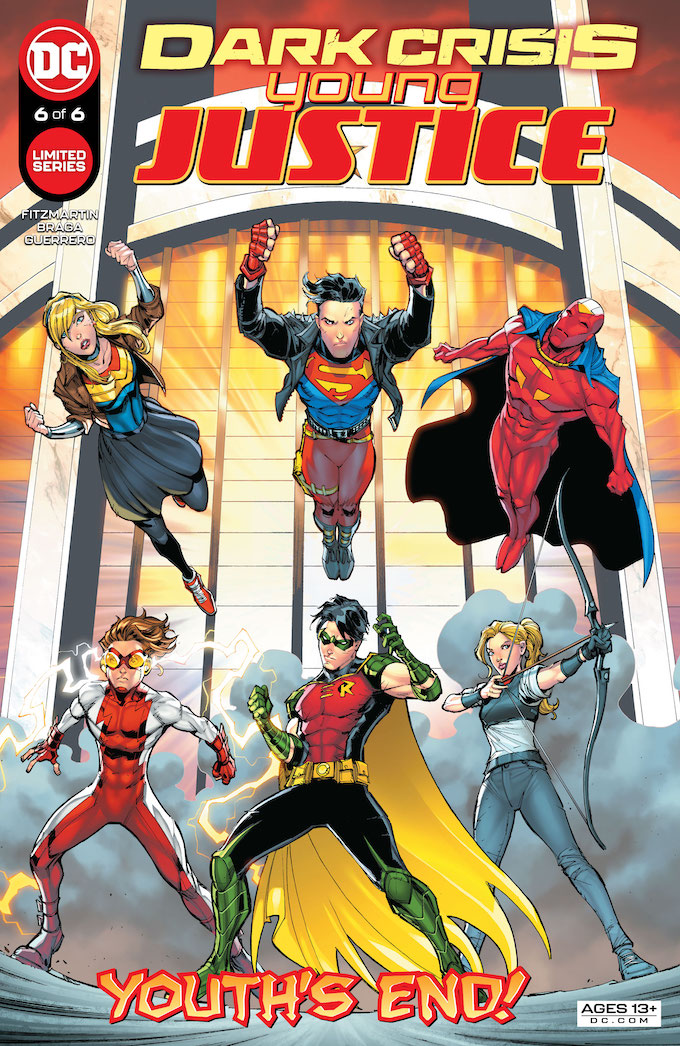 Reviewed by: Craig Boehmer
Click to enlarge
The team is back on earth facing Mickey. He takes away Robin's ability to speak. Then when Cassie confronts him he insults her. In the midst of the confrontation, Bart develops a plan with Cassie. Mickey turns Red Tornado human, Robin to stone?, Cissie to steel, and Connor invisible. Bart attempts to trap him, but is defeated. It takes all of Young Justice fighting as one to trap Mickey.

Story - 2: Kind of a lackluster finale. They beat him with speed force gobbeldy gook. There are a lot of character moments that kind of fall flat to me. I think Mickey was a poor choice as villain, not only because he is a thinly veiled way to mock the fans who are buying this. But also because I don't care about him, he is such a caricature that it stalls the whole mini series. Another major gripe I have is how this Dark Crisis spinoff has nothing to do with Dark Crisis. It all comes off as pointless.

Art - 3: I think one of the reasons I enjoy the art on this book so much is because of the Young Justice era inspired suits. It is so bright and poppy compared to too many comics I've seen lately. To be fair... there are a lot of panels that look static or have goofy faces. I'm torn on it really.

Cover Art - 4: The art has been a redeeming feature of this book. That continues with this cover and the art here in general. Although, Superboy's face is a little wonky.

Variant Cover - 3: Busy and serviceable cover. Doesn't quite have that wow factor though.