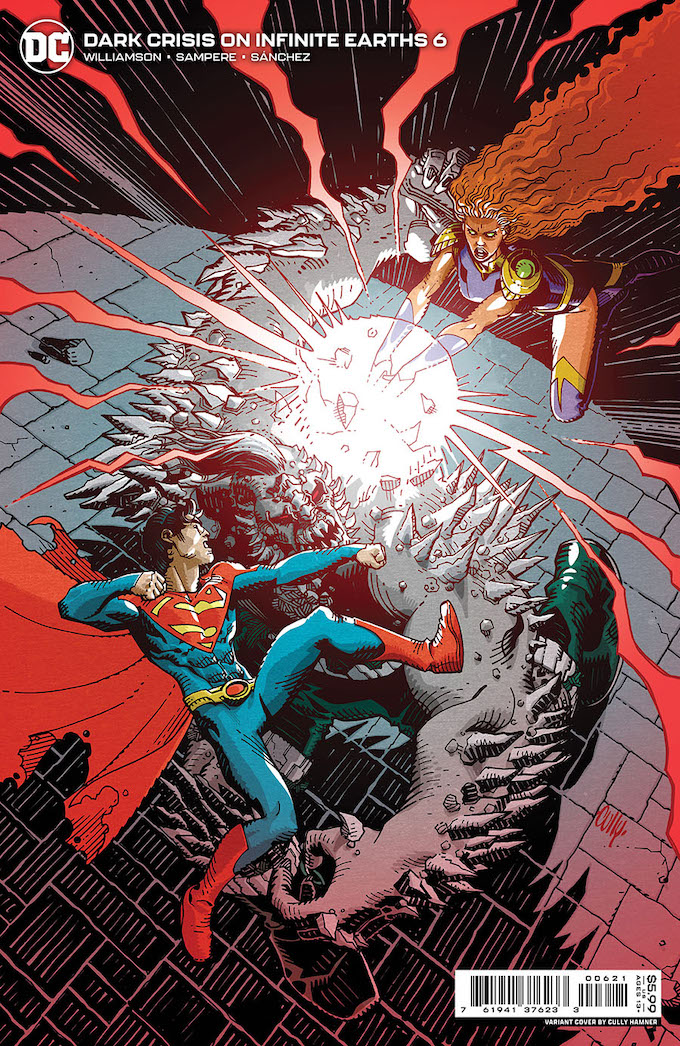 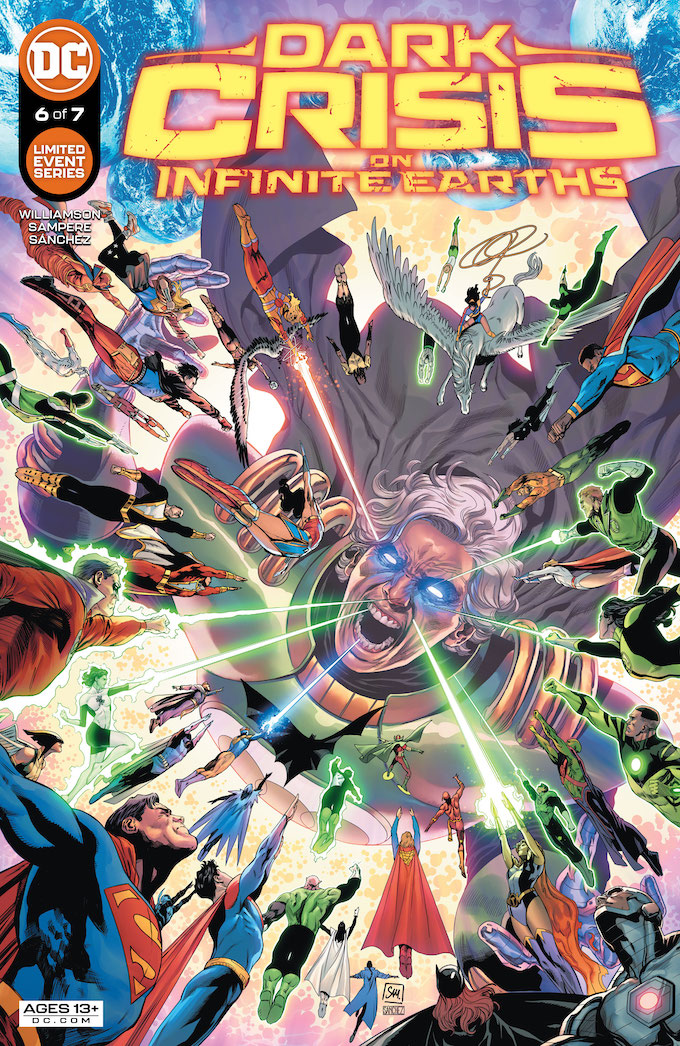 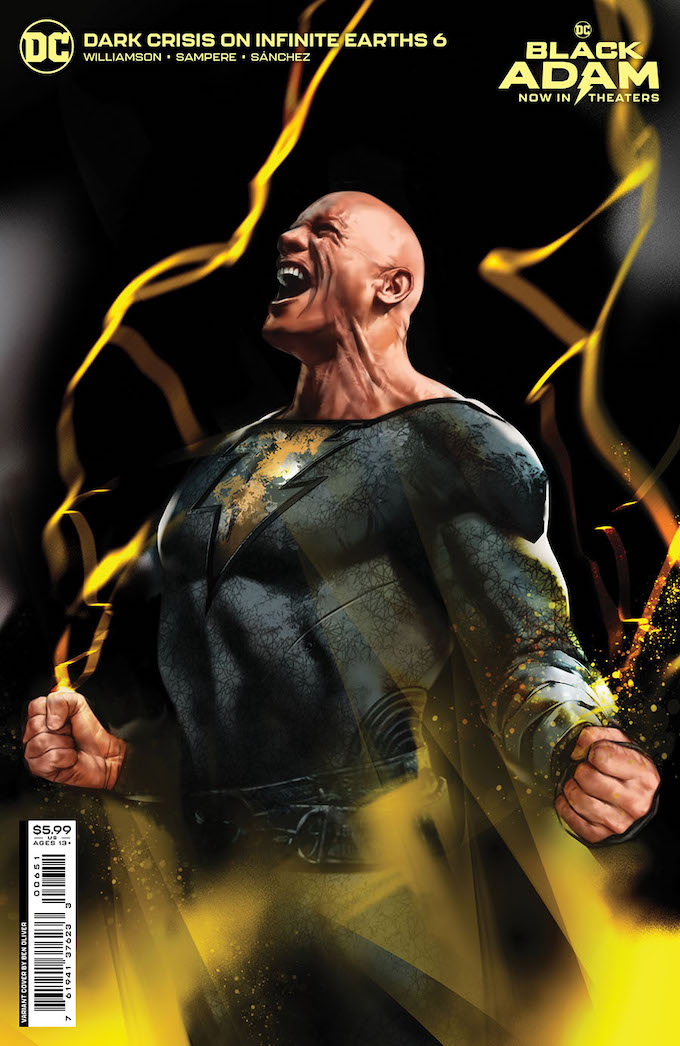 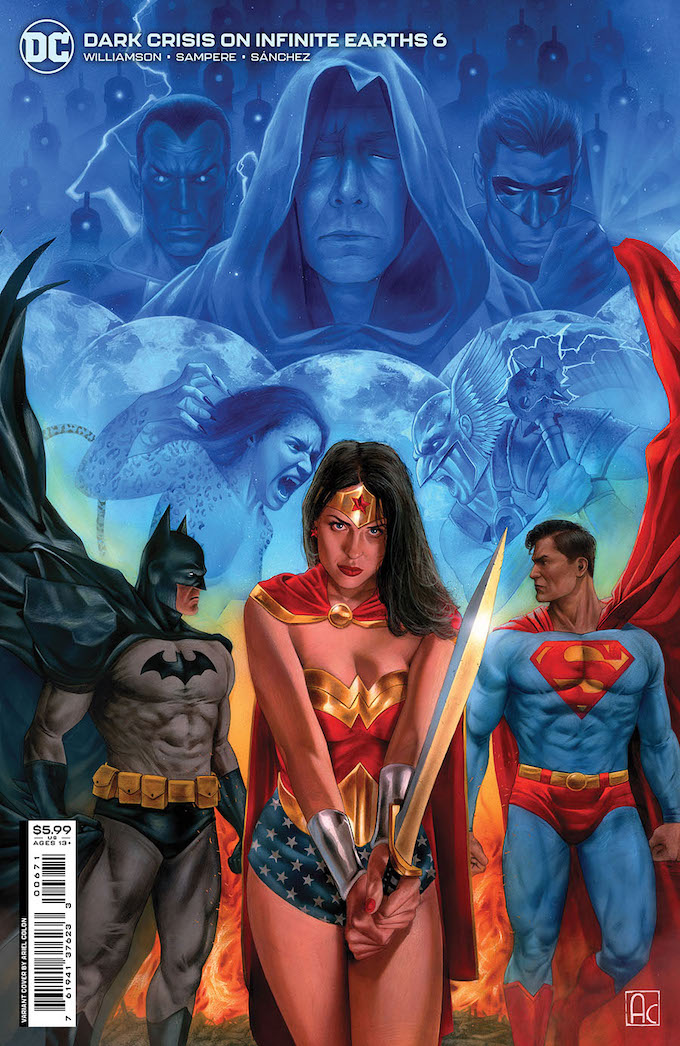 The Darkness Army attacks while the heroes of earth try to hold them off long enough for Mr. Terrific to save the day. The army is slaughtering the heroes leaving a small group to stand against the likes of Ares, Darkseid, Doomsday, and others of their power levels. Mr. Terrific obliterates Pariah, but the Darkness Army, lead by Slade, continues the attack. Jon is about to be killed when Clark shows up to save the day, behind him is the rest of the Green Lantern Corp and the Justice League. It is panel to panel fights. It is vicious, brutal, and beautifully drawn by Daniel Sampere.

Story - 4: This is an action-packed issue, and there are some stand out moments. Gar attacking Slade was a great visual, he looks so ferocious. The image of Darkseid ripping Frankenstein in half is phenomenal. Jon flying towards the Dark Army was a cool moment, but I think it was lessened because I have not developed an emotional connection with adult Jon. He's just not a character I care about, there were other characters that I think would have worked better as the sacrifice for me personally. But, this progression of panels was a good start towards making him a hero fans are drawn towards. Obviously, the best moment of the panel was Clark's arrival, stopping Doomsday's fist before he killed Jon was an incredible moment. But I have to say, with two Clark and Jon reunions playing out so recently, I think I prefer the quiet reunion in Son of Kal-El. Having said that... this one looks way cooler. The final panel of Slade holding Dick by the neck was incredible as well.

Art - 5: Daniel Sampere is an incredible artist. Each page is beautifully pencilled, and the colouring pops! Sampere's art is worth the price of admission. While I may not love the event, the art has been incredible each time. Sampere ranks up there with Mora among my favourite current comic book artists. If you have not seen his art, pick up this book. He draws a beautiful Superman! I would love to see Sampere on a monthly Superman book, I think his art with PKJ would create an instant classic.

Cover Art - 5: Is this cover blatantly riffing on "Crisis on Infinite Earths #12"? Why yes, yes, it is. Is it stealing from it? Probably. Does it still look cool... undoubtedly so. It is an awesome image of all the different heroes attacking Pariah. The level of detail is amazing, and it comes off as a beautiful homage to the original.