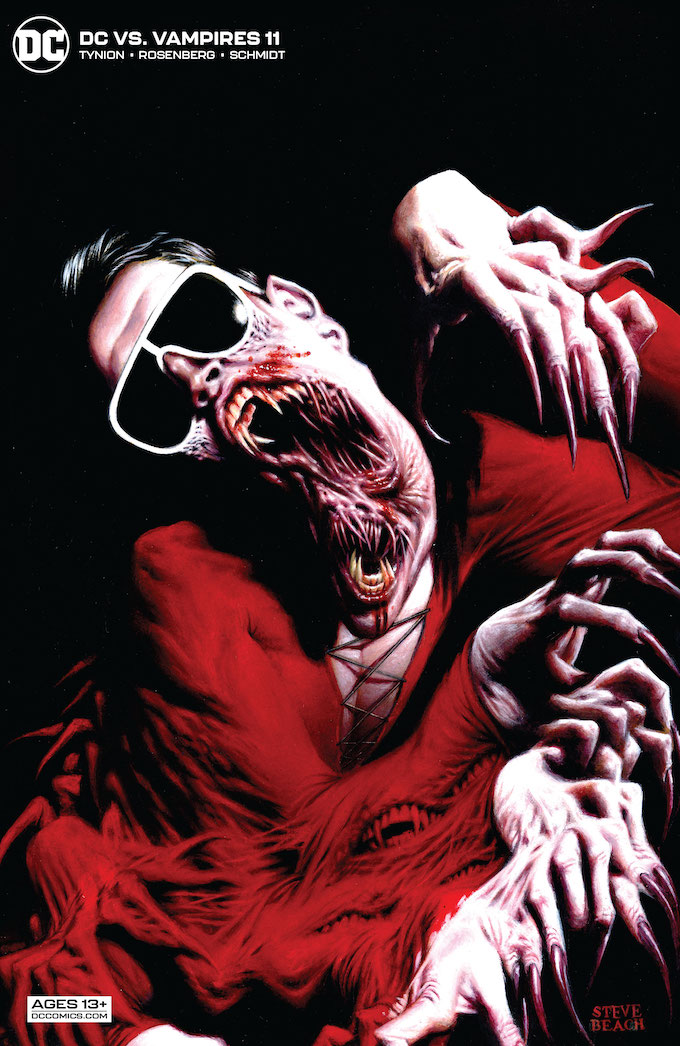 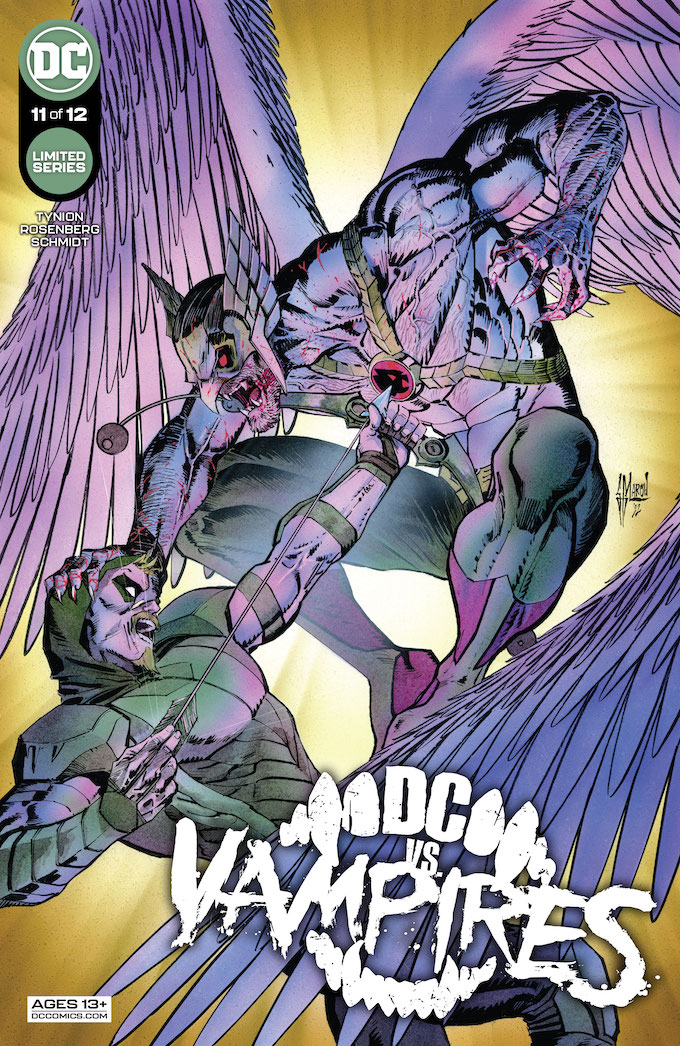 Reviewed by: Craig Boehmer
Click to enlarge
We open with Constantine getting drunk, as he tends to do when the world is ending, Alfred notes that Damian is back in Gotham which prompts a very panicked reply from Constantine. The scene cuts to the Batfamily's invasion of Gotham. While they fight, Steel, and Kara are invading the refugee center in Australia. They uncover that the vampires are using aliens for grunt soldiers at this facility, and they run into Lobo. Lobo quickly dispatches Steel and it cuts to the Smallville facility where Ollie and Grifter are prepping Swamp Thing for war. Steel's team convinces Lobo to join them, but he betrays them enroute to the rocket. The team is able to trick Martian Manhunter (the facility guard). The battles rage in Smallville and Gotham while Kara is smuggled onto the rocket. As the spaceship breaks the clouds it explodes.

Story - 4: This is a fun chapter in the saga. Everything is coming to a head, and I am very intrigued to see how everything is tied up.

Art - 3: The troubling trend that I have noticed with Otto Schmidt's art is the consistency from panel to panel. There are pages of the Batfamily attacking Gotham that look incredible. The action is incredible, and the character designs are grounded in the main DCU, but with great tweaks, and if this was consistent page to page it would be an incredible book. However, there are also panels with awkwardly contorted faces.

Variant Cover Art B - 5: This cover is unnerving. It is such a creepy rendition of Plastic Man, which is a great use of his power set.