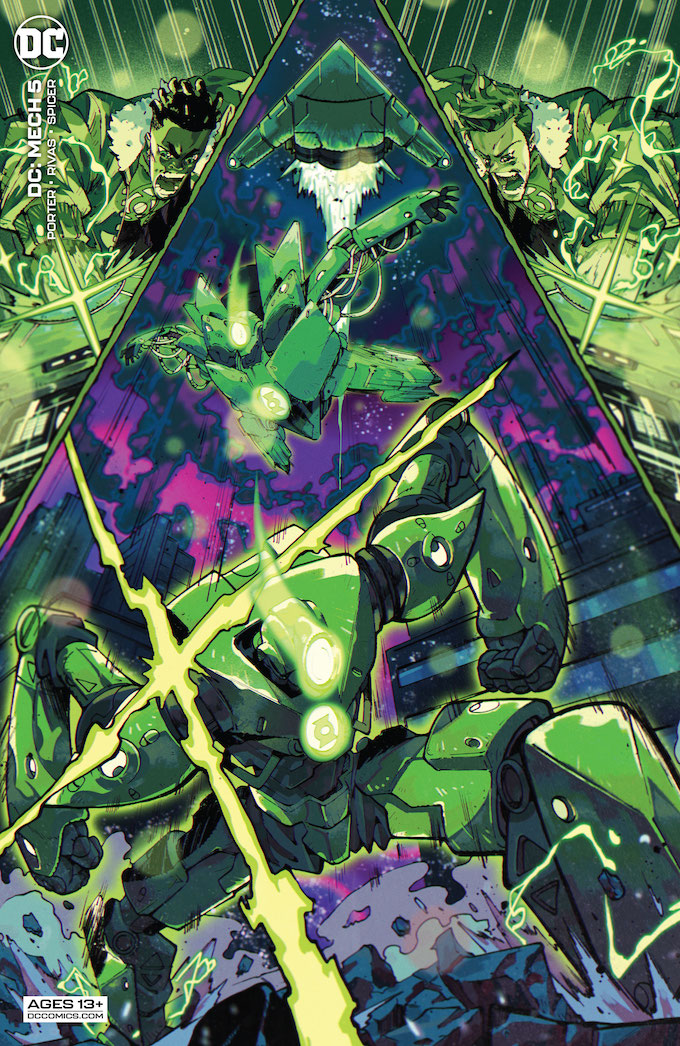 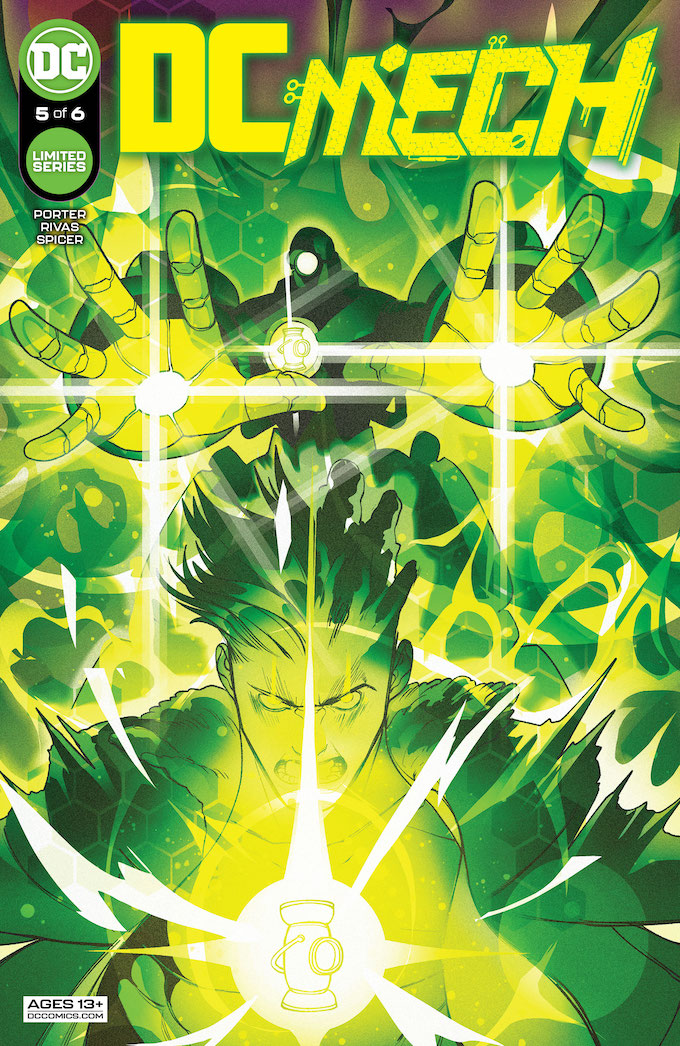 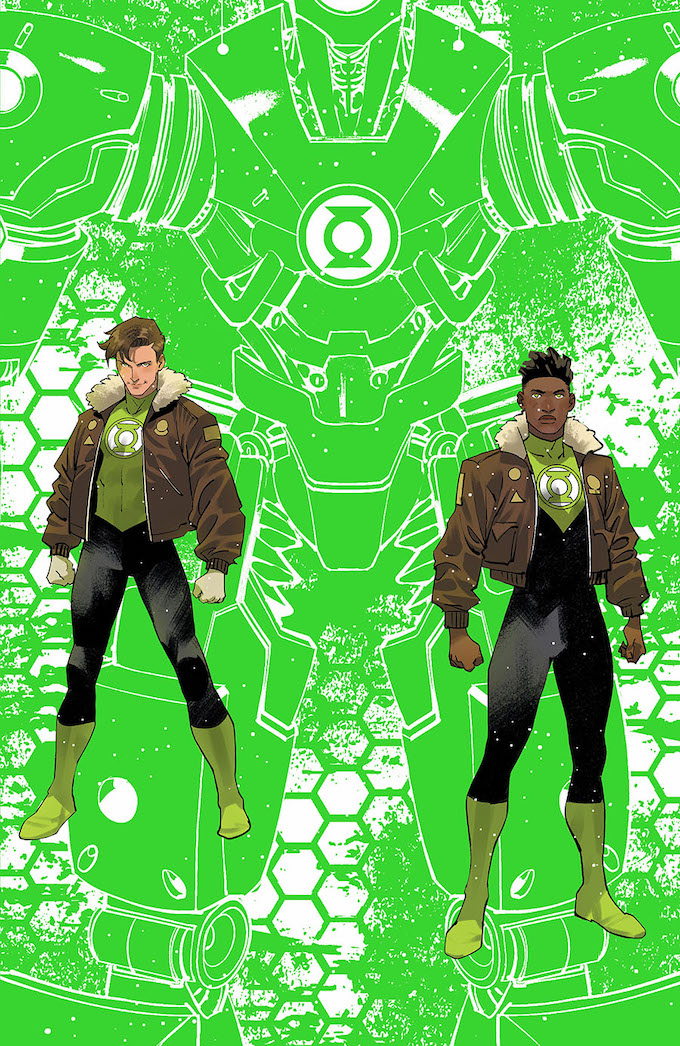 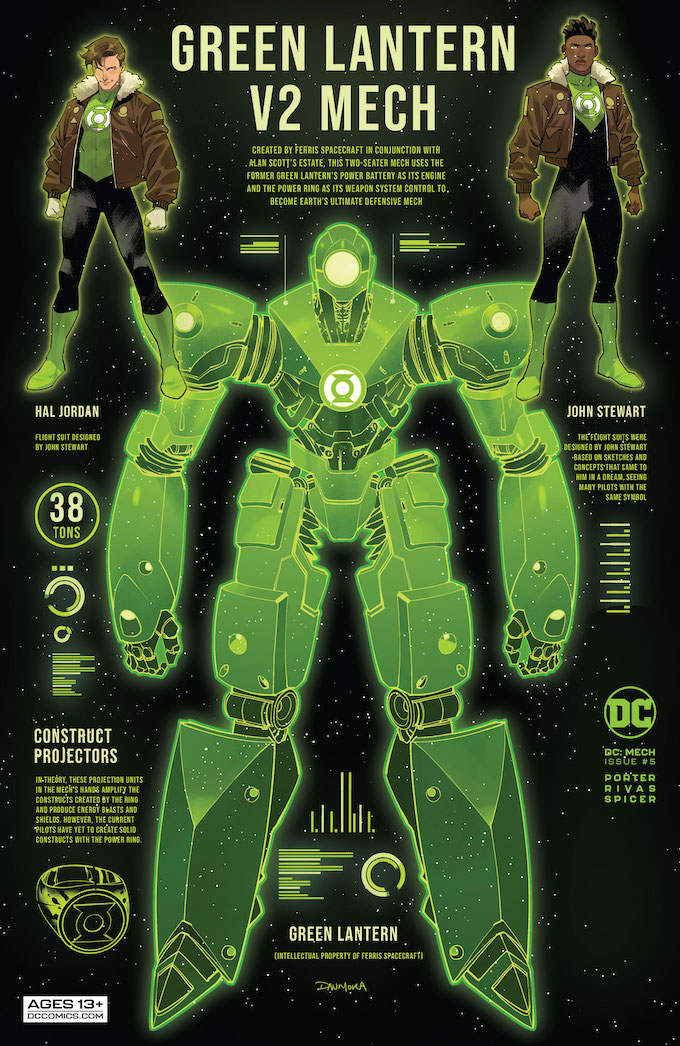 The story starts with Hal Jordan, John Steward, and Wally West bringing the fight to the Apokoliptian base of operations in orbit above the Earth. Picking up from the last issue, the three heroes have decided to go against the decision of the team of united Earth heroes in support of the Earth's defense forces. While the rest of the team of heroes, along with Shiera, are angered by this rogue attack, Superman and Wonder Woman mobilize to support their impulsive friends.

Meanwhile, Luthor's Project BI-ZAR-O goes AWOL. Back to the action in space Hal, John, and Wally make their attack on the Apokoliptian base. After a failed initial attack run, the Green Lantern mech gets severely damaged and the ring has to be used to hold the mech together and retaliate against Kalibak.

In the end, the Green Lantern and Flash fail to destroy the Apokoliptian base. Instead they are saved from total defeat by Superman and Wonder Woman, who are just in time for the arrival of Darkseid.

The story ends with Darkseid addressing the people of Earth. Superman follows with an address of his own, introducing the Justice Squadron and requesting the support of all heroes in the universe to unite against Darkseid.

Story - 3: This issue is a step up from the last two and overall good. Unfortunately, it loses a whole point for the poor handling of a major death. If you are missing it, Porter is telling a fun Elseworlds story, and I am looking forward to the next issue's finale.

Art - 3: There is a lot of good art in this issue, however, there are some storytelling problems, specifically with action scenes. The big one being the battle scene resulting in the death of one of the main heroes.

Cover Art - 4: Best of the four covers. This cover showcases the Green Lanterns. However, it did take time to notice the character was a split image of John and Hal.

1:50 Variant Cover - 3: Like the Wonder Woman and Flash variants, this variant also by Dan Mora showcases Hal and John and their mech. Again, this cover is just stat images of what Mora drew for his mech schematic cover. It is a fine cover if you like Mora and do not want the busier schematic variant.