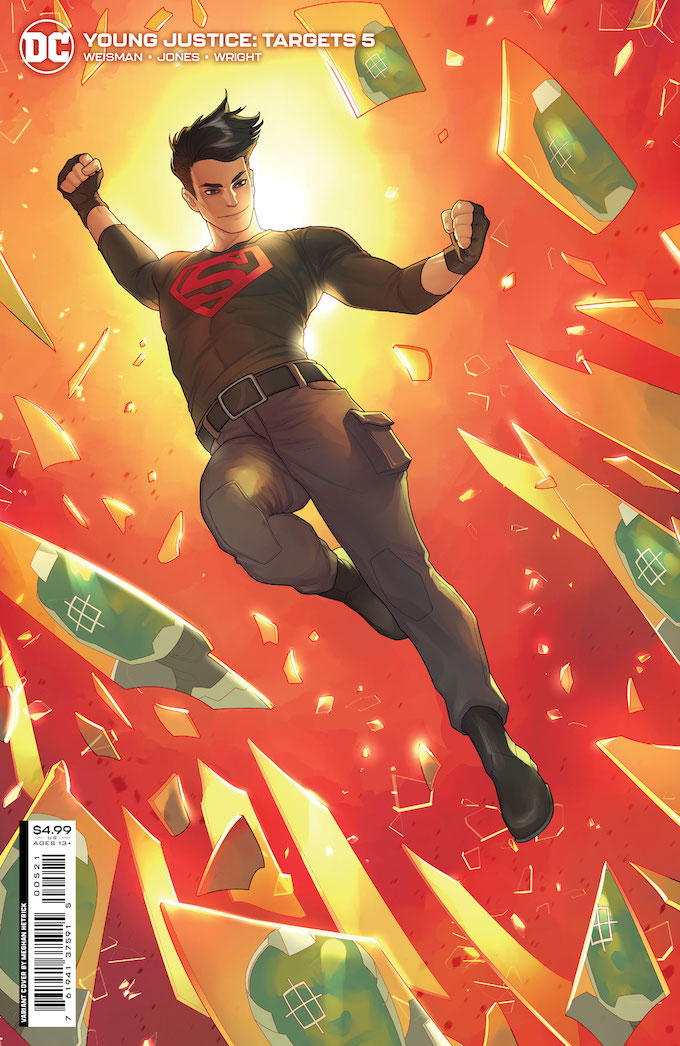 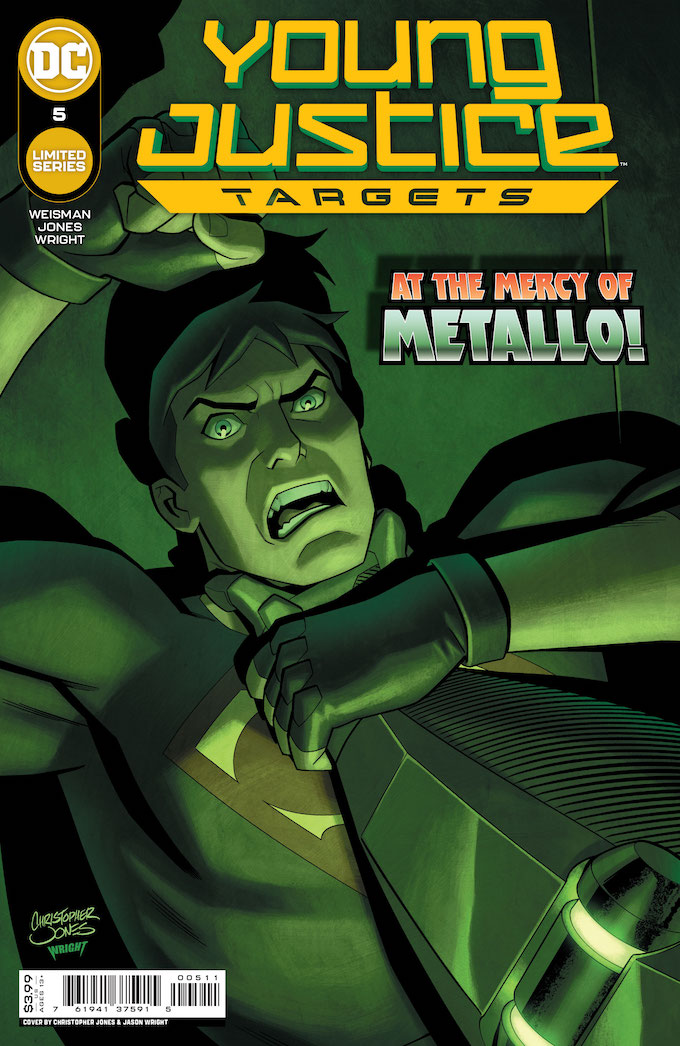 Metallo uses the time to explain his motivations: When he found out he was a metahuman with self-healing abilities, he was worried everyone would see him as a freak. But Lex didn't. He treated him with respect, he found a terrific job for his mom at Lexcorp, got his sisters into the best schools, and never asked for a favor back. Feeling a debt to Lex, and finding the treatment he got from Superboy and Superman to be abhorrent, Metallo chose to get the surgery that turned him into this, and relishes the chance to end Superboy.

Trying to save Perdita, Alpha Squad (Miss Martian, Arrowette, Tigress, Arsenal, Halo, and Red Arrow) send Miss Martian to locate Perdita's mind signature, and she finds out that Psimon has her in his thrall. One boom tube later, and Psimon threatens that he'll destroy her psyche if they try to enter it.

The group try to figure out what to do, but it's no use: Vertigo uses his Vertigo Waves to disorient them, then Queen Bee hypnotizes Red Arrow, Arsenal, and Halo to kill Arrowette, Tigress, and Miss Martian. As three bodies lie on the floor, Queen Bee congratulates the remaining heroes...

Meanwhile, as Lian continues to comfort Dinah, we see the fifth memory of the day Perdita lost her father. Dinah, waiting at a plane for Ollie, and hearing his message about being late, realizes she's gonna be late for him too, as she goes out to help him as Black Canary. Green Arrow and Merlyn have a 17th duel, but for the first time, Ollie wins, earning a high five from Perdita. Vertigo then attacks them, planning to kill Perdita, but Black Canary uses her sonic screech to stop him. Oliver then proposes, and after an enthusiastic shout of support from Perdita, Dinah says yes, and the two kiss. Lian back at the hospital states that as long as they're family, Dinah will never be alone...

Story - 3: It's not that it was a bad issue, but rather a boring one, or well, a filler one. And not in a good way. After last issue's excelling at giving story progression without sacrificing character, this one just kinda happens. Sure, Metallo's backstory is of some interest, as he raises some interesting points about the super's treatment of Lex, and how he positions himself as a direct contrast to Superboy, the son Lex deserves, and the twist at the end is quite surprising, even though we know the heroes will be okay, but... Not much else. It's quite odd.

Mongoose Squad gets practically nothing to do, Stargirl gets her staff broken, I guess, Superboy despite being the star of both covers gets to say nothing and is just being hurt the entire time, with us having no idea what's going on with him by the end, and the actual main characters of the issue, Alpha Squad, get totally outplayed the entire time.

I gave it a 3 rating mostly because Metallo DID have a decent backstory, and the fifth memory was actually really great, nailing both Ollie and Dinah and offering some awesome and heartwarming moments.

But other than that, I almost have nothing to say. It's just kind of an empty issue, with a few decent merits. Which is better than a certain other Young Justice I've reviewed, so count your blessings and all. I am STILL invested after all, and if even this weak issue still had some good moments, then this run is definitely a good one.

Art - 3: Nothing standout, to be honest. Nothing bad, either, but no real shots to point out or uses of color. All kind of by the numbers. Still looks nice.

Variant Cover Art - 3: A nice cover with one of my favorite tropes, a character being shown in multiple glass shards!