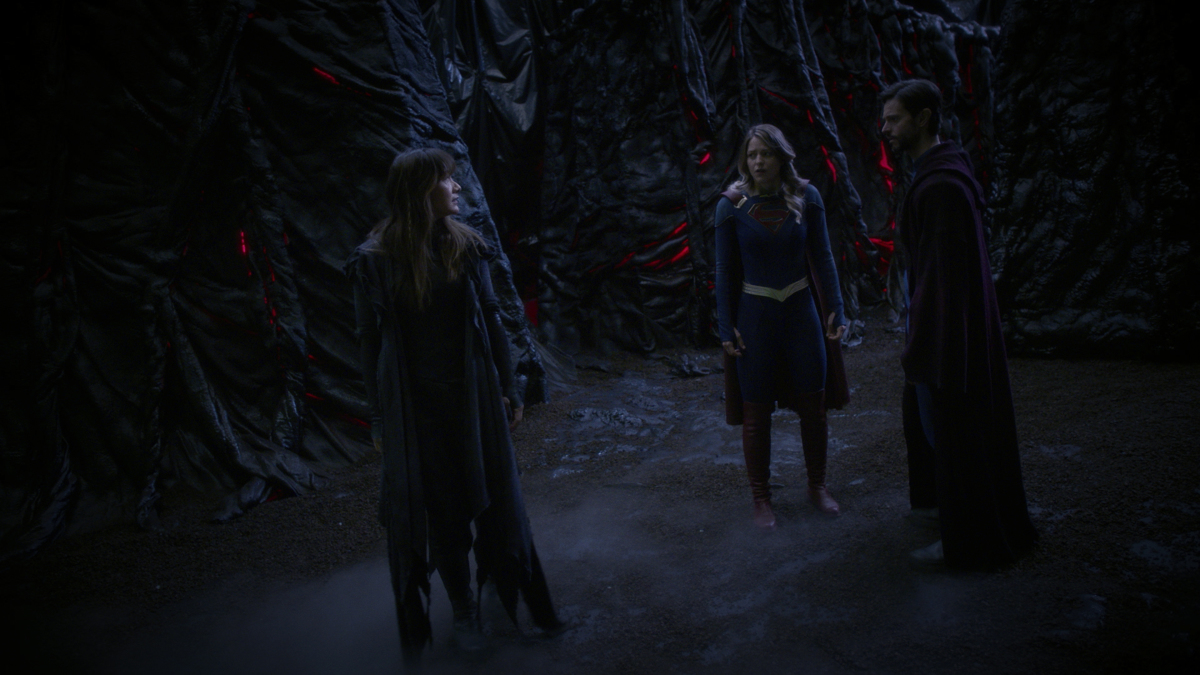 Rating - 4 (out of 5): A much better episode than last weeks but the drama is still dialed up too high. I appreciate that these characters care about each other, but this is the second week in a row where most of the time was spent on two people talking about the stuff they talked about last week and emoting.

I mean... we get it. J'onn needs to find balance and Alex misses Kara.

The Lex and Lena plot was, by far, the best part of this episode. I liked the back and forth, both in terms of the Cryer and McGrath sharing screen time and the cat and mouse game they were playing. Lena's growth was handled well and the line about her hating Lex but loving herself more was the highlight of the week. I also liked the dynamic between Brainy and Lena. That was another highlight.

Kara is still in the Phantom Zone and I am kind of surprised they are leaving her there that long. I'm sure there is a practical reason for it but at least we got a new character out of it. Nyxly's introduction was a lot better than I was expecting based on the way the Deadline article described her character. "Sergeant will play Nyxly, a quirky and kind 5th Dimensional Imp, wrongly imprisoned in the Phantom Zone and driven by tragic backstory," sounds like CW super-hero Mad Libs. She was quirky and she was kind but Sergeant gave a nuanced and strong performance and so far I am liking this character.

So, yeah... a much better episode. Hopefully now that everyone has their issues sorted we can move forward with the season.