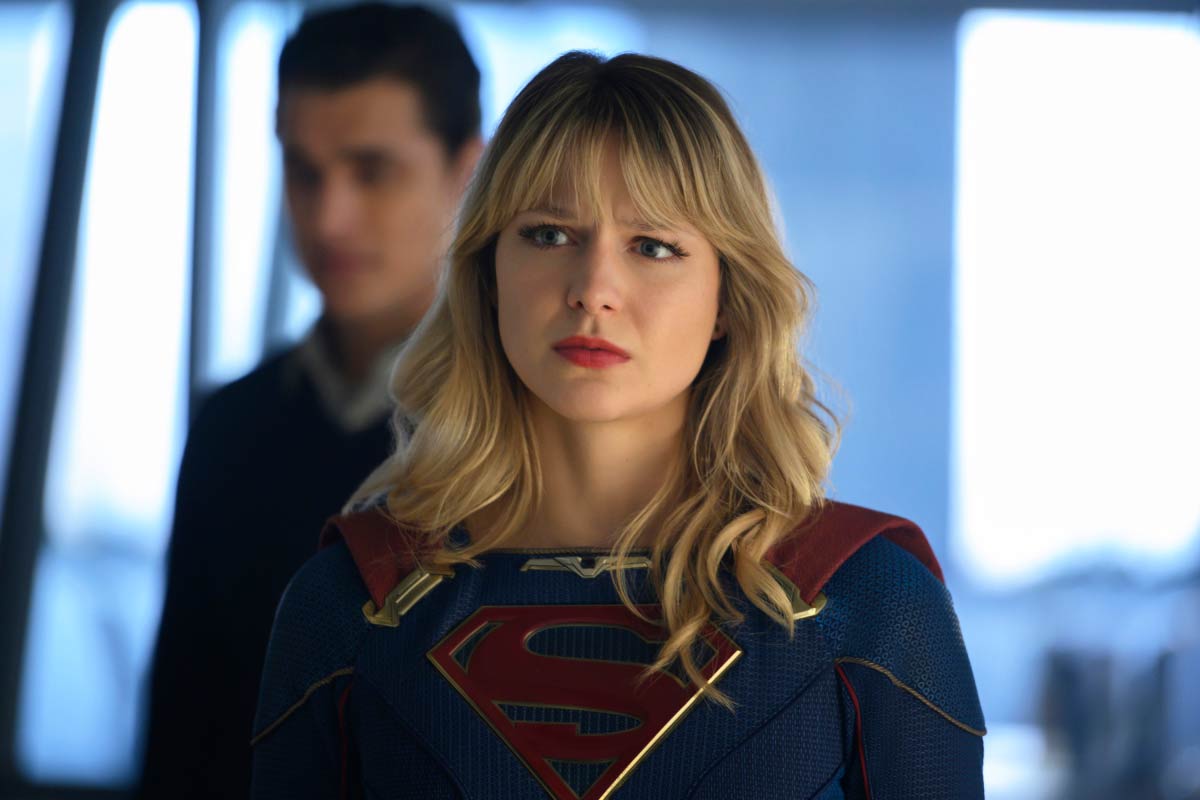 Rating - 4 (out of 5): Confession time. I did not expect to like this episode. The promo really turned me off. It seemed silly and pitched the episode as if it was going to be a comedy of errors. "Kara's really in it this time, folks. She has to guard Andrea. Selfies!"

But it didn't end up that way. It wasn't the best episode of the season, but it had a lot going for it. The main plot of Kara having to guard Andrea was not as silly as the promo made it appear and it ended up advancing Andrea more than I was expecting. Her discovering her powers made for a nice way to solve this week's big problem and it was a nice curve ball to throw the Leviathan plot.

Brainy's end of the show continues to give Jesse Rath a lot to do and allows him to stretch as a performer. I will admit that seeing him talk to another version of himself made me wonder if he was going to be the Harrison Wells of this show, but the scene worked. The conflict he's feeling about having to lie to his friends makes for good drama. I am liking him more this season than I have since he was introduced.

Lena. Sigh. So, for like five seconds it seemed like she was learning that what she was planning might be bad. Eliminating free will...that could be problematic. But, no. She figures out how to solve the problem of giving people who aren't aggressive anger management issues, leaving her feeling like she's doing the right thing. I realize there is a larger plan at work from the writers and showrunners, but it's just frustrating. The performance is great. I liked the call back to the prison from last season, but I'm worried that once again Lena is going to do something questionable and the result will be, "Oh well. That didn't work. Moving on."

Jon Cryer is still amazing. I am continuing to love his take on Lex and the writers are giving him a lot to work with. I'm a bit disappointed that the romantic angle with William is going forward, but it is a CW show, so I guess it needs to be there. The overall theme of the episode (we need to connect with each other) worked on a sociological level and served as a good take on someone having a substance abuse problem.

So, yeah...I was wrong about this episode. And I'm glad I was. It ended up being an enjoyable viewing experience and the show continues to be on solid footing.