Season 4 - Episode 20: "Will The Real Miss Tessmacher Please Stand Up?" 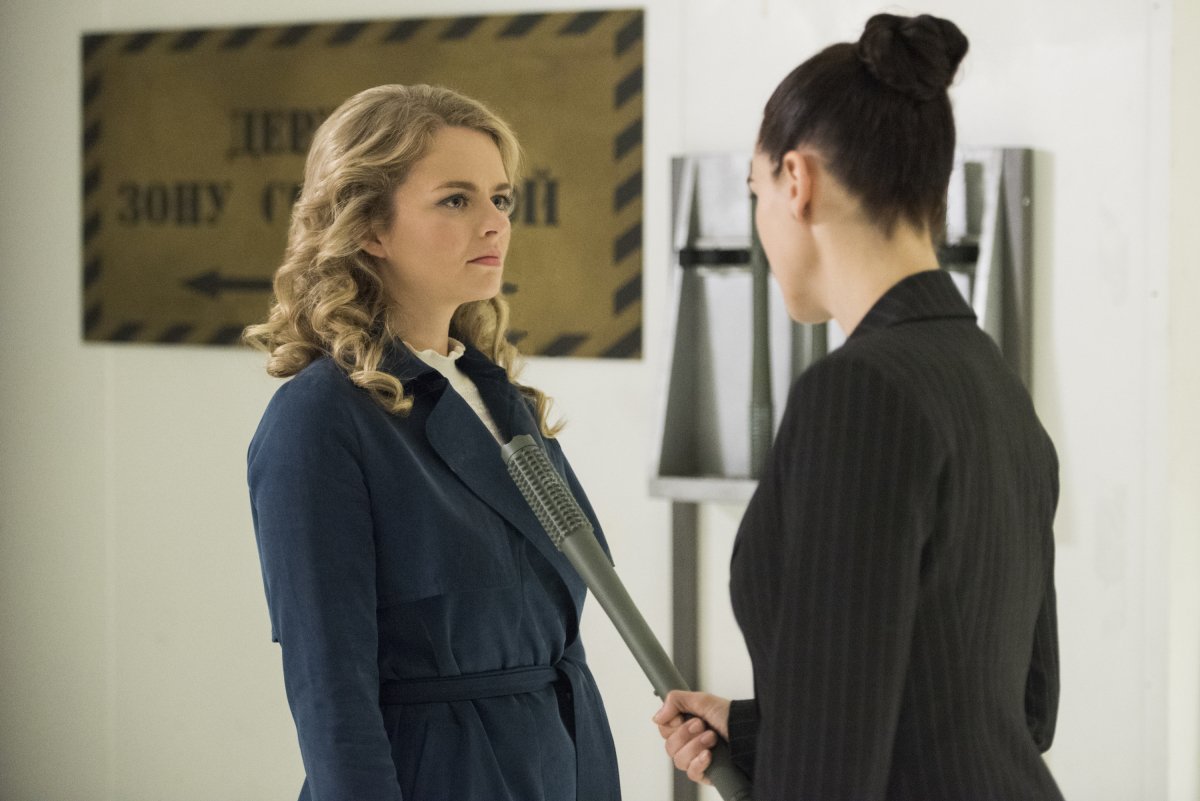 Rating - 4 (out of 5): Anyone out there besides me want to see Ben Lockwood get all spiky and have his skin turn gray?

(taps microphone) This thing on?

This was an amazing episode. There wasn't a single scene that I wasn't invested in on some level. This is the type of show I want to watch, and this is exactly how you ramp up the drama and intrigue and anticipation leading up to the season finale.

Kara and Lena were ostensibly the A plot of the episode and it was great seeing the two of them work together. They played with the secret identity trope in a way that I haven't seen since Lois and Clark (I'd say Smallville, but Clark didn't wear a costume until later in the series, so to me Lois and Clark is a better comparison), which made the scenes on the plane and towards the end of their stay in Kaznia feel old school, but still kind of fresh and new because it's not something this show does often. It did lead to the one moment of the episode that I thought was a bit too retro (Kara not telling Lena about her secret because of a Smallville level guilt monologue made me wince), but it was a lot of fun. Andrea Brooks looked like she was having a ball playing the many and splendored Eves, and we got to see Kara in the suit for a fight scene, which made me happy.

Ben Lockwood went straight up super villain during this episode, which could have been silly, but they played it just right. To be honest, Lockwood getting powers doesn't seem all that strange now that Jimmy is powered up. The part of this plot that worked the best for me wasn't the fight with the Martian Manhunter (which was awesome), but the fact that his son has turned on him. I was concerned that the shift George Lockwood made last episode would be gone after the death of his mother, but Ben's behavior ensured that this wouldn't happen. It keeps the drama high and puts even more pressure on Ben as a character. More than anything I liked that they zigged when I thought they were going to zag.

The scenes with Alex and Kelly gave this episode the balance it needed. Not only do they have a great chemistry, but it was nice to get back to the fact that Alex wants to be a mother. It all happened so suddenly and then ended just as suddenly, which made it feel all the more real. Sometimes things like this happen in your life. A change pops up and you start rearranging priorities and expectations and the change suddenly seems like the best thing that could ever happen to you and then it's just gone. Flat gone. And you are left with an emptiness that you can't quite deal with. It's one of the most human moments I have ever seen on this show, and it made me connect to Alex in a way I don't think I have in four seasons.

It also gave me a sad.

With the exception of the previously mentioned scene where Kara almost but ultimately doesn't reveal her identity to Lena, this was a perfect episode. It made me more excited for the season finale than I was before tonight and can't wait for the next episode.