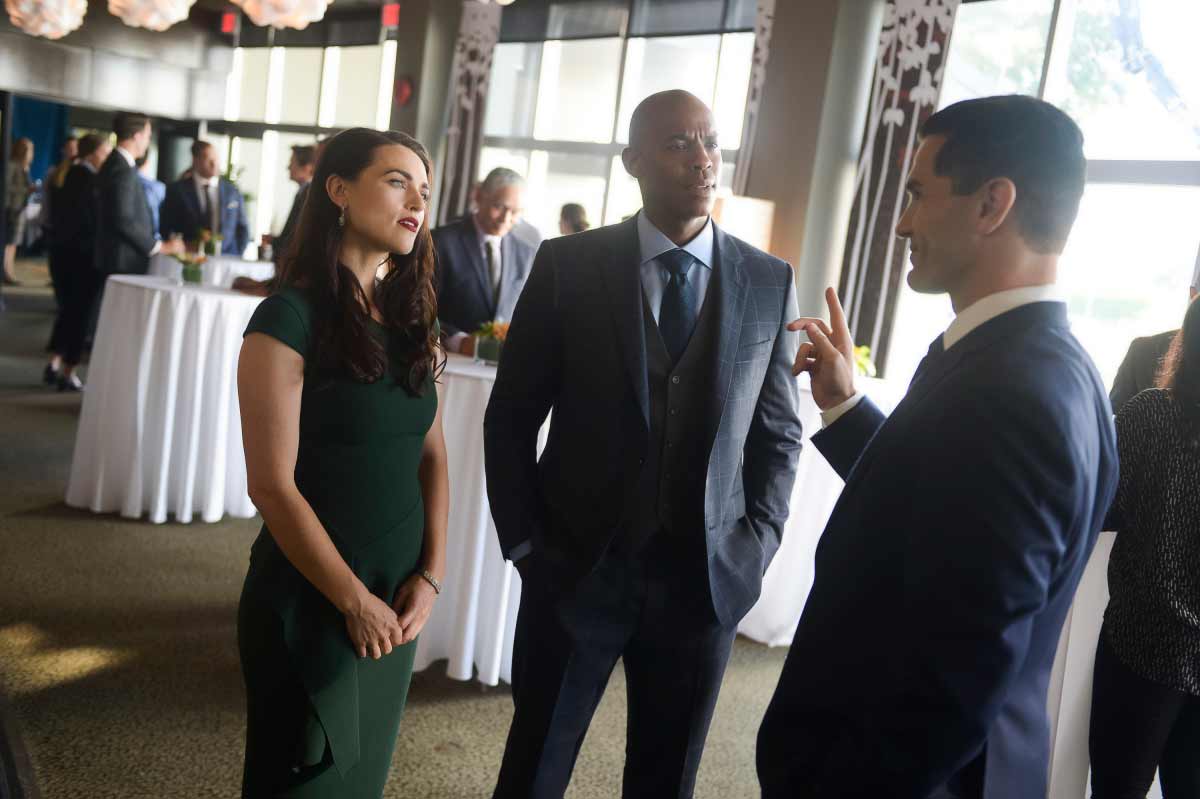 Rating - 4 (out of 5): This season has been quite the roller coaster ride not only in terms of the story but the quality of the episodes. Last week's episode was rather weak despite having some major events happen for the overall story. This week's installment was stronger but that is bound to happen when you can have your main star actually appear in the majority of the episode instead of having a stand-in play the physical role and get Melissa to do her best Robert Downey, Jr.

That will be it for the snark in this review. Promise.

While this take on the Parasite was interesting but ultimately went nowhere and the idea of an alien healer being on death's door was compelling, the strength of this episode was in how nuanced the social commentary was in the ongoing sub-plots. I didn't care about Amadei all that much but the idea that he had a child with a human and that human became an alien hating racist was a great way to play with the idea that someone could have a child with a person of another race or religion and love that child despite the fact that they have come to hate that other race or religion. This would be like someone who is all in with a certain political party despite being married to someone that came to the country illegally. It gives the story they are telling more emotional weight.

Likewise, Ben Lockwood wooing James was amazing. Their scene at the media event was very well written and reminded me of many an argument I have seen online over the past few years. Don't get me wrong; Lockwood is the bad guy, but Sam Witwer is so likable as an actor that I find myself not so much buying his rhetoric as seeing how someone could buy his rhetoric. The idea that Guardian could be turned into a symbol for the anti-alien movement was interesting but having James essentially go undercover is fantastic. It gives the character something to do and sets up some great drama down the road.

Having written all of that I maintain my contempt for them using the names Ben Lockwood and Agent Liberty for this purpose but at least it's not a complete train wreck.

Col. Haley is another interesting wrinkle to the ongoing story. I knew that her complimenting Alex at the beginning of the episode was a smokescreen and her scene with Alex at the end of the episode bore this out. Haley isn't an out and out alien hater (yet) but she has a definite opinion on what the DEO has become. Supergirl as a series has proven that they are willing to break their toys and I wouldn't be surprised if this leads to Alex, Brainy, Supergirl and J'onn eventually having to fight against or be on the run from the DEO, which I think would be a great complication for the cast to deal with.

On a very personal note the idea that J'onn would become a private eye dealing with the cases the police won't because aliens are involved is inspired. I am so on board with that idea and it looked like David Harewood really liked putting on that fedora towards the end of the episode.

There's a lot going on this season and for the most part it's been good. The writers and show runners keep throwing us curve balls and everything is uncertain, which is good for the fourth season of a television show. Now is the time to start messing with the format and while the social commentary may not be to everyone's liking I think they're handling it well.

Then again, I agree with them, so it's probably easier for me to like it.