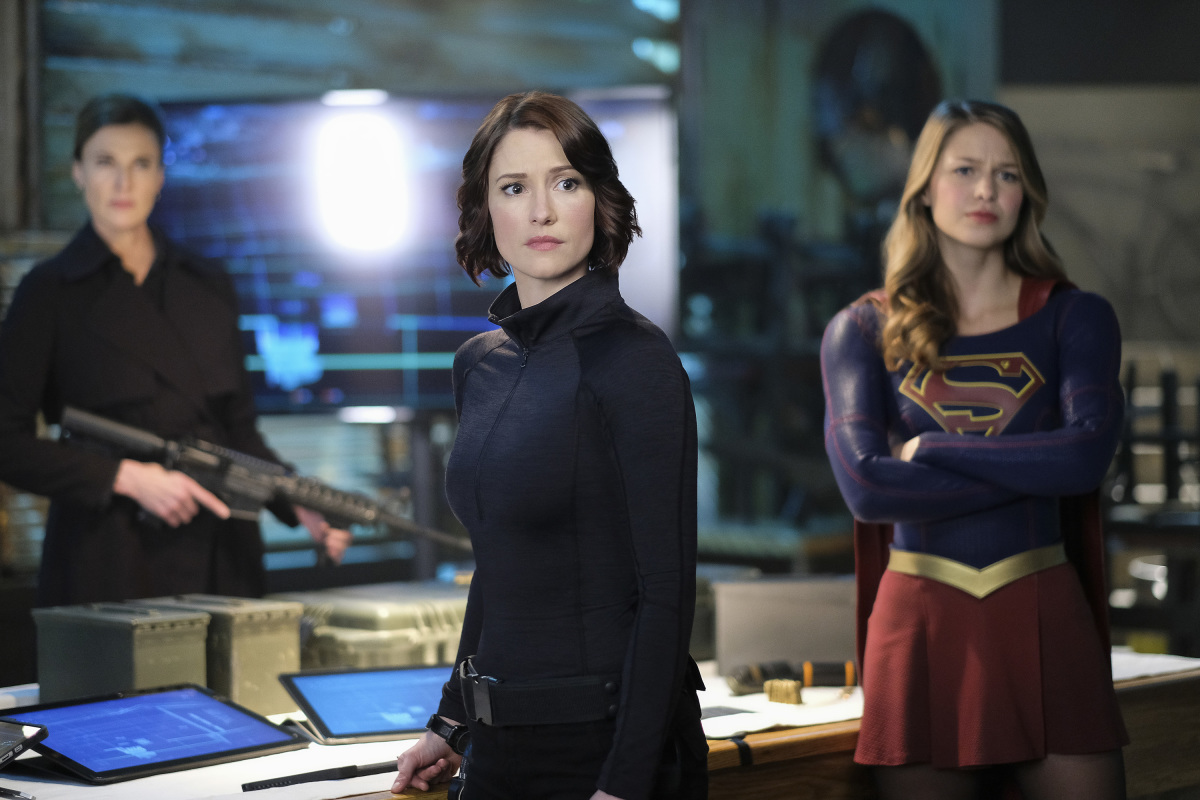 This episode was a tough nut to crack critically. On one hand, you have the flat out horrible dialogue being cannoned by every character. Winn covers for Jimmy and Kara in the worst possible way, only for efforts to be pointless, as Cat can recognize Jimmy's eyes... but not Kara's whole face... not to mention Winn noting he gave Guardian the idea for the lead-spray attack. Cat Grant's attempt to appeal to better angels using a vagina monologue, leaves a knot in the stomach. Mon-El is a lampshade. That anyone would believe Maggie Sawyer can fire a shotgun invites the universal aspersion of being deemed an idiot; she doesn't even pretend there's a recoil. Martian Manhunter is unconscious thanks to Rhea's attack, but in truth, it's because he's needed, or at least Harewood is needed to play his dual role of Cyborg Superman, so J'onn will be sleeping out the season finale. Rhea states a wedding needs to happen, and why? So we can see Lena look hot in a red dress? The heir is the important part, and that was already accomplished while Lena and Mon-El were sleeping; there's no need for the pomp and circumstance. Lastly, and the most egregious, Superman shows up only to be under some sort of mind control. There isn't enough Pepto-Bismal.

That being said, in the strangest, most serendipitous manner, it all works. Cat Grant's return reminds me of the dynamic she added to the show: a self-inflating narrative that can hardly be believed, coupled with a nurturing, feminine approach when her bluster takes a break. I shook my head when Superman arrived as the mind control angle is hackneyed to say the least, but also because I knew I would be back to see the outcome. It's embarrassing when the comic fan wins out over the critic, but sometimes the draw is just the right mix, and impossible to resist. Supergirl is the textbook example of a show that offers more to love than to detest. Another show would not be able to execute a fraction of what I noted above and survive, let alone look forward to a third season. Somehow, and I'll be the last person to be able to explain to what degree it's accomplished, Supergirl works. For another show that would be enough, but for the Girl of Steel, and her supporting players, it's everything.