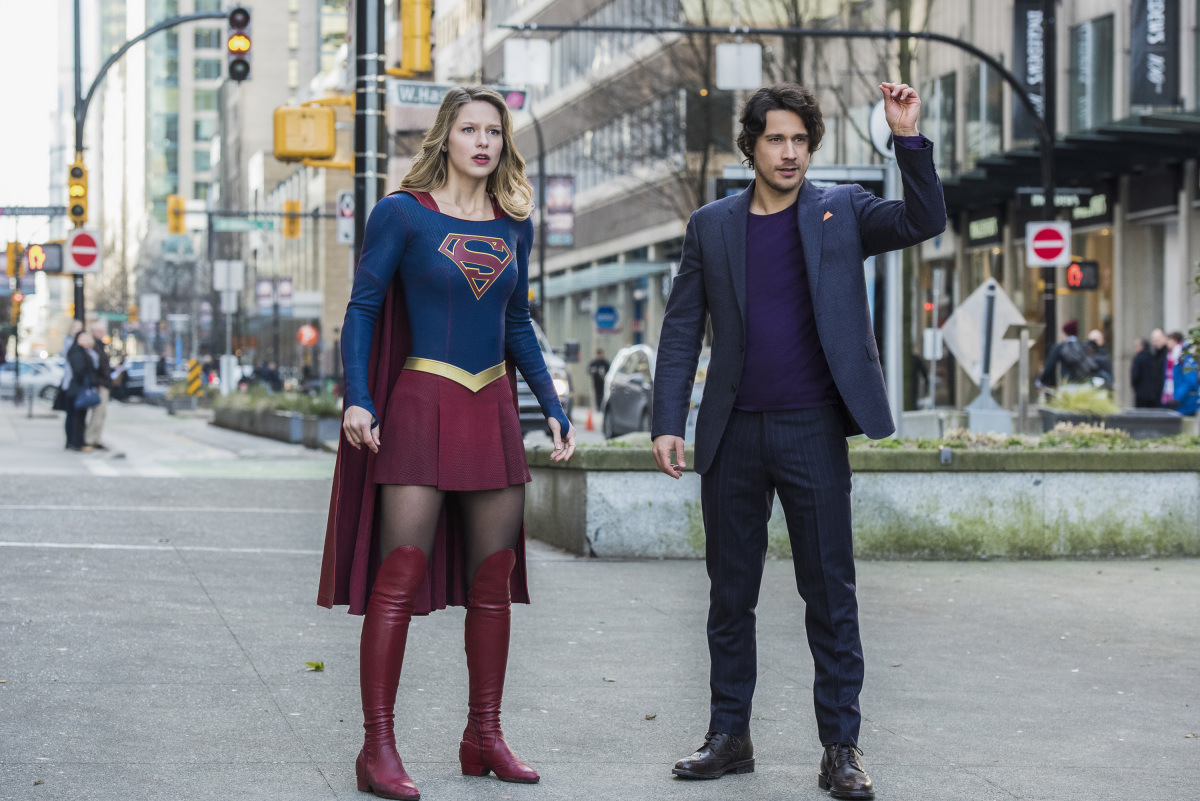 Rating - 3 (out of 5): Mxyzptlk was the best thing about tonight's episode, and the time he gets onscreen is used well, and while budgetary issues will be the excuse of Mxyzptlk not going full tilt, there is a fair amount of creativity in the usage of his abilities. Best is when he shows up as Myx-Man, and reminds viewers of how cool it was to have Superman on the show for the time he was there. The remainder of the episode amounts to bickering of the cliché sort. Kara slating Mon-El, Mon-El trying to give as good as he gets, but failing miserably. Alex and Maggie go at it over Valentine's Day, and the result is known before it is shown: some childhood trauma that Maggie has held onto prohibits her from enjoying the day, much as Batman cannot stop seeing his parents' murder. Winn also gets to play and is the least annoying, though eating out with an alien is telegraphed agenda, squared. Everyone except Jimmy who is conspicuously absent.

Kara and Mon-El are just not it for me. They were pushed together for obvious reasons, but as Mon-El's fate is clear for comic readers, I can't really invest in him. While I have a guilty pleasure in seeing couples in romantic fare finally get together, there was nothing moving about the consummation between these two. Kara's out and out slating like a dumb brute is definitely part of it. While not the sharpest fellow, Mon-El's feelings for Kara are genuine, and for him to have to all but humiliate himself to reach out to her, definitely lowered Kara in my estimation. Kara demanded trust from Mon-El, but didn't seem to be able to hazard the same. Such hypocrisy has been much a part Supergirl's make this season, and unnecessarily so.