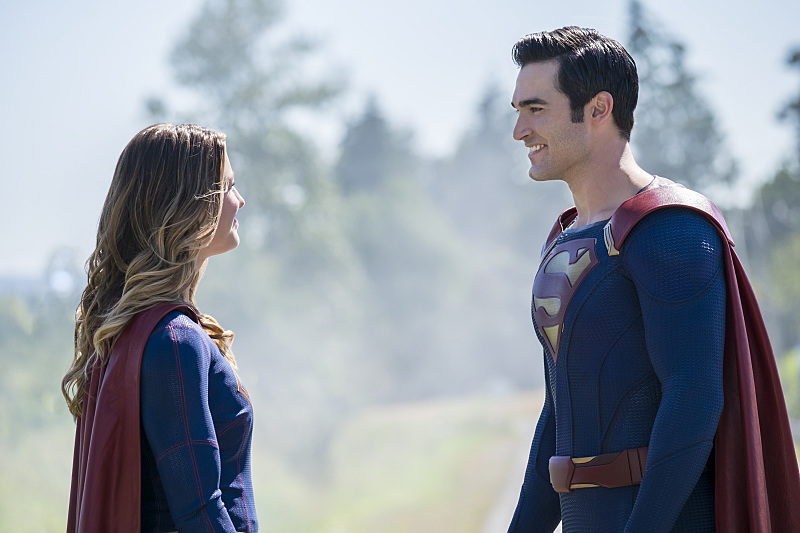 Rating - 5 (out of 5): Supergirl and Superman adventuring together is like a most wished for thing, that one has wanted unknowingly. The interplay between the actors makes it seem as if they've known each other for years, and this is the first time viewers have seen them on-screen. Benoist and Hoechlin have excellent chemistry for the roles they play, which is that of two people who enjoy spending time together. Why would they not? Superman and Supergirl, for all the connections that they make to the world around them, are still beings quite above the common. However, not with each other. It's akin to talking shop with someone of the same discipline, someone who enjoys the same hobby - there is a knowledge and connection that is made and that can only be made because of the kinship that is made through the shared love of the shared knowledge. That increases exponentially when it is family, and as the title clues in, these are the last children of Krypton.

What is more, Superman and Supergirl's willingness to team-up is infectious, bringing Martian Manhunter out of his staid position (stockpiling Kryptonite? Really J'onn?!) and into the correct course of action. It also allows Alex to get into the fray, and Winn to geek-out via monitor. I'm taken with all of this because for the last few years, the push with DC's characters was that of alienation and contention. Heroes spent more time fighting each other, and being equally loved and feared by the public. How big a difference on Supergirl, where the tension is between the good guys and the bad. Even the ice between Superman and Martian Manhunter is over legitimate grounds. Superman would never agree to the DEO stockpiling Kryptonite, but J'onn's position is equally compelling, if invalid. The answer is presented in the final battle, that it is not Kryptonite that is needed, but each other. That is the one failsafe that evil can never counteract: good people who are unwilling to sit idly by. I'm enjoying Supergirl. Hope you are too.