"Man of Steel" Review - Superman Does Not Kill 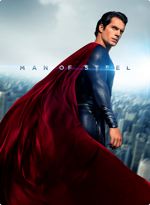 Superman does not kill. Those words could be uttered with a straight face until last week. That was before he snapped General Zod's neck to save innocent people about to be slain by Zod. That was before the audience applauded and cheered at his actions. Martha Kent's advice to young Clark Kent resonated for those shocked at that moment, for you were on an island reaching out for a voice, but nothing reached back. The words: "This is the Superman film we've been waiting for!" reverberated with a mocking tone. Life had mimicked art; this was Kingdom Come or Superman vs The Elite, and the dissenting voice was the tubby dude in the over-sized Superman shirt, with his navel slightly showing. If the greatest hero of them all has to kill to get the job done, it doesn't say great things about the prospects of other heroes, and definitely not for the common man. Although it's easier to dismiss dissent as old-fashioned, in love with the Donner-verse, etc., dissent exists for a reason, and is not written here arbitrarily.

Man of Steel is exactly what Superman needed. A win. Superman has been marginalized and mocked for years to the point his own fan-base were taking part. He needed a decisive victory at the box office and he got one. However it was a win that lacked the depth, finesse, and strength of character that Superman, only Superman can bring to the table. It's not that those qualities weren't there. We see it when bearded Clark rescues the men on the oil rig, when young Clark rescues the school bus and then goes back for Pete Ross, the jerk who was harassing him. We see it when Clark restrains himself from having at Kenny Braverman and his lot, who bully him for no apparent reason other than it serves the story. Unfortunately it gives way to acts of theft and pettiness: Clark's response to needing new clothing and another jerk who spills beer over him. He decimates the jerk's semi-tractor trailer in an act that is poetically just, but cheap for Superman. When Superman surrenders to the military, it's one of the more effective scenes, showing a confidence of character and wisdom that he needs to put them at ease. He's assertive without being aggressive, letting the military know in no uncertain terms that he's his own man, banishing Frank Miller's depiction of Superman as a government stooge. Ironically, after this scene, the film seemingly abandons the development and grace it layered for of all things, action.

The action of Man of Steel is the generic type that is expected from summer action films; that means that it's good. Superman's first flight, something that is all ways a poignant point of a Superman movie, is destructive, loud, violent. He makes craters in learning to fly, and shatters a mountainside. It's a brutal display of what is his most graceful ability, but files in neatly with the red-blooded, full-throttle action anticipated for the reboot. The criticism of its predecessor, Superman Returns, was that action was lacking. Man of Steel is active enough to make one feel he's lost a pound of water weight from a two-mile speed run. It's a grand display of what Superman can do, an imaginative mix of speed, durability, and primal power let loose against other Kryptonians. It's also let loose against the world around it, with little concern for main streets or big cities from the aforementioned. It's compelling in its destructiveness, and inanimate objects catch wreck, and people escape the destruction with Silver Age ease. The World Engine is dropped into Metropolis, and proceeds to terra-form the Earth; an act that must kill so many people in a city as large as Metropolis, but we never see an injury or a death of a civilian. Soldiers are mown down by Faora, but they're the cannon fodder of the film; they signed up for it. The Phantom Zone criminals are done away with paradoxically, as it's a violent removal, but a clean process. It's not until the showdown with Zod, that death makes itself readily seen, and at Superman's hands. 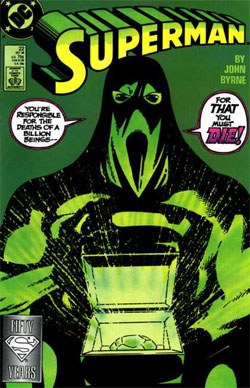 Superman has killed before. In Superman #22, Volume 2, he murders the Phantom Zone criminals from a pocket dimension. They were beaten, powerless, and defenseless, on an annihilated Earth no longer having an atmosphere, and in a makeshift cell with a finite amount of air. He decides to kill them, seemingly because they deserve it. The story wasn't received well, and the deed was dealt with not by the writer who fomented it, John Byrne, but by those that followed. Superman is usually given some wriggle room in his killing, so to escape the brand of being someone who kills. Not so with Zod. It's deliberate and inescapable. It's also totally avoidable. Superman's power-set makes it so, even if his skill set seem to be lacking. The trouble is that the "realism" established in the film won't accept a Silver, Bronze or even a Modern Age out to the problem. It calls for death. Superman and Zod brutally bash each other, and while the landscape suffers, no damage is done to themselves. No blood, no wounds, not a split lip. Superman has Zod in a submission hold, but can't knock him unconscious, yet snapping Zod's neck, a feat that's actually much harder, is performed relatively easily. Death is easier. Death solves the problem. A clever mind could sort half-a-dozen ways to stop Zod and restrain him, but cleverness isn't wanted, death is. The finality of it; the knowledge that the problem is solved and the villain is punished... until the next problem, the next villain. Two of Superman's best received stories, Kingdom Come and "What's so Funny about Truth, Justice, and the American Way?" come to mind. There we see Superman on the margins of social desire. He's against killing, while the people condone it. In each story, we see what happens when the morality that Superman espouses, which is our own higher ideals, are let down to indulge our baser needs of revenge, pettiness, and violent reciprocity. The fictional world suffers for it and we long for another option and a better way. Superman is the one to show that way, but not now. Now he has a different path to take; one that not only need show remorse, but action definitive as the one took with Zod. Action that explicates Jor-El's words of showing us "the way," unless we all ready know it. We know how to kill, quite efficiently, but we don't know the option out. We will see if Superman knows the option or if this moment, which could make Superman an even greater hero, will be sacrificed just for a win.

When I sat in that theatre while others applauded, I became Superman, as did others like me. Those who refused to accept that this was the way. Those who want to aspire to something greater, and wanted to see Superman do that too. I don't hate the film, as I don't believe in hate, but I cannot love it because I don't believe in it. I'll be called names, mocked, satirized, and feel utterly alone, but while many of the convictions I'd like to stay true to I cannot, this one I can. Superman doesn't kill. Yes, you'll name instances of it happening, but like a true crafted vessel, he rights himself. It's almost as if he hovers at the shoulder of the writer saying, "Come one, you know better than that." Let him be a badass and wreck-shop. Let him be in action, all ways in action, but let him have a heart and soul, and be unafraid to smile. Let him inspire. Let him never stop doing what's right, and let him save all of us with the care he shows Lois, but protect us as well. Let him be Superman. That's the Superman film we've all been waiting for.