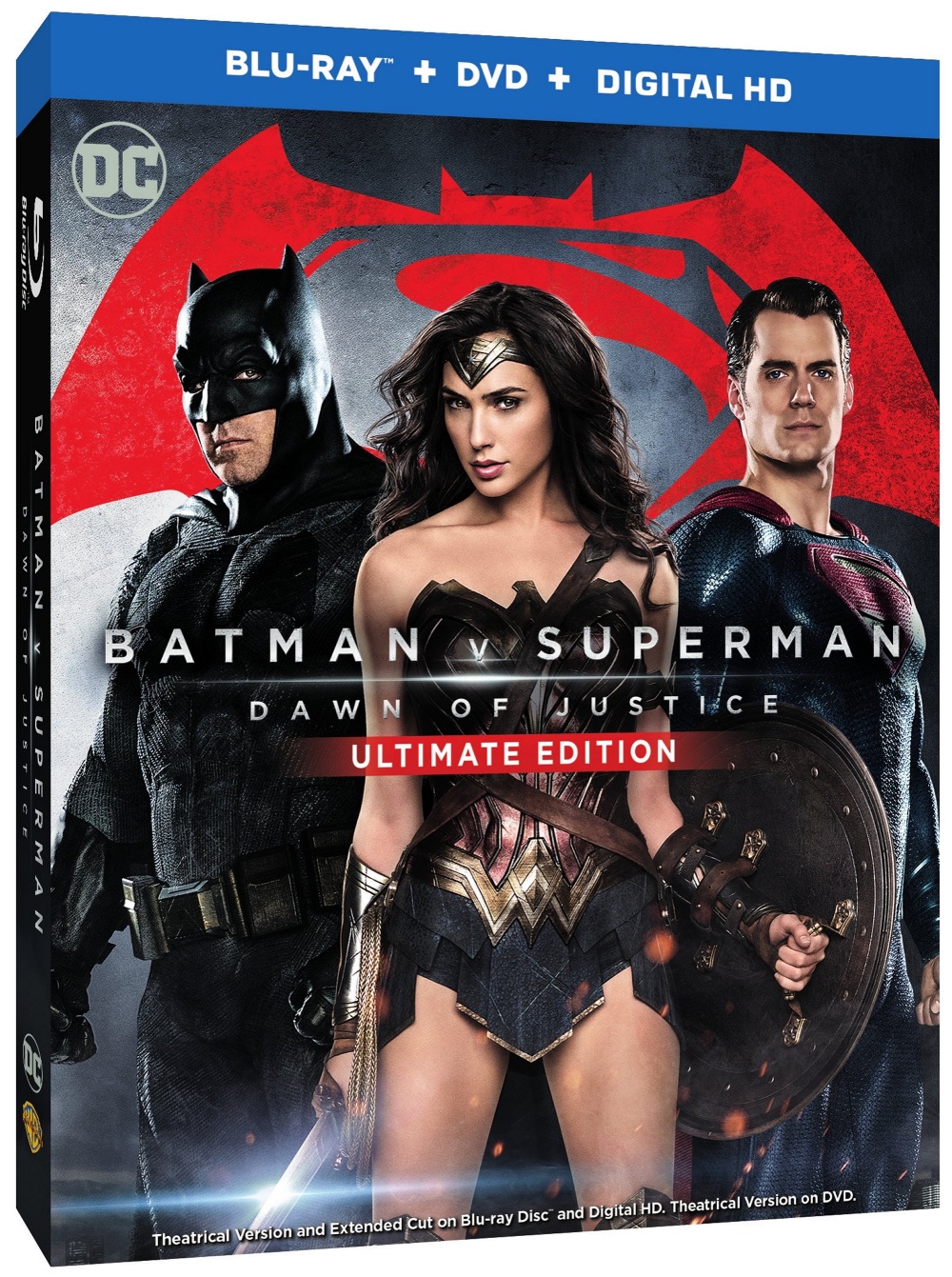 I watched the theatrical cut of "Batman v Superman: Dawn of Justice" at the New York premiere back on March 20... and didn't get the opportunity to watch it again... until now.

What follows is simply my review of the Ultimate Edition of the film, not a review of the Bonus Material included on the Blu-ray/DVD release.

While I thoroughly enjoyed the movie when I first saw it in the theater, the Ultimate Edition of "Batman v Superman: Dawn of Justice" is definitely a more rounded film... and feels more like a Superman movie than the theatrical version did.

Much has been made of the extra 30 minutes included into the Ultimate Edition of the film... and from a Superman fan's perspective, the majority of this extra footage seems to center around Clark Kent and Lois Lane.

We see more of Clark Kent and Lois Lane being investigative reporters. We learn more about the stories they're chasing, and we are given a clearer explanation behind many of the pivotal points of the story.

For example, more examination is given to the world's views on Superman, the skewed perspective the media is being fed about Superman's involvement in the deaths in the African warlord's compound. That whole sequence now makes so much more sense in the Ultimate Edition.

Superman's involvement and arrival isn't just because Lois was under threat from those on the ground. We now see that there was a bigger threat and involvement from the American military. The background story of the African "witness" Kahina Ziri is explored further, and goes a long way to clearing up this whole aspect of the film in its expanded version.

Lex Luthor really is the mastermind behind every negative thing happening to Superman, Batman and Wonder Woman in this movie. He manipulates so many people. He manipulates the media, politicians, international relations, and various individuals along the way. His whole plan is to discredit Superman and have the public fear and doubt him. When Superman goes missing (on a soul searching mission), Lex lures him back in an attempt to finish him off once and for all.

The R-rating for the film in U.S. markets is definitely due to the extra violence during the Batman sequences. Batman's rescue of Martha Kent shows more deaths, broken bones and general maiming of the bad guys... It's quite violent indeed.

All in all, I don't think the Ultimate Edition will change anyone's over all opinion of the film. It won't win over anybody who disliked the film. It will however help explain many aspects of the story, especially in relation to Superman and the way Lex has manipulated everyone and everything.

While 3 hours is long... and the film feels long... the extra 30 minutes is definitely worth your time if you're a fan of this movie. It will, in my opinion, increase your enjoyment of the story.