The Superman Homepage Indicator of Excellence in Literature and Design Awards

The voting booth for our 11th annual awards ceremony for the world of Superman has closed!

The 2011 SHIELD Awards gave you, the fans, the opportunity to voice your opinions about comics with a 2011 cover date, Superman related TV shows, and Superman merchandise released in 2011.

Everyone who voted in the 2011 SHIELD Awards automatically went into the draw for a chance to win a $100 Gift Voucher from BuySuperheroCostumes.com.

There could only be one winner and that person is: Chris Goodman

The results have been forwarded on to DC Comics, Warner Bros., The CW and the various winners. Congratulations to those creative people involved!

Here are the results...

Geoff Johns won this category for four years previous to this, but Grant Morrison beat him out in 2011 by quite a good margin thanks to his return to the Superman books as the writer of the newly relaunched "Action Comics".

Jim Lee and Scott Williams were clear winners in 2011, with their work on the new "Justice League" title.

Grant Morrison wins another category in 2011, with his relaunch of "Action Comics" out-shining every other regular Superman comic book title in the voting by a huge margin.

The popularity of the New 52 books took "Justice League" to the top of polling for this category in what turned out to be an easy win. Last year's winner, "Supergirl" came in at third place.

The "Superman: Beyond #0" special was a surprise winner in this category, as was the second placed "DC Universe Online Legends" series.

Paul Cornell's work on "Action Comics" before the relaunch was the clear winner in 2011, with his work taking out the top two spots in this category.

It's quite interesting that the launch of the "Superboy" title back in early 2011 took out top place in this section of the voting... with the title only lasting 11 issues before being relaunched with the rest of the DCU later in the year.

Reaching 900 issues was a pretty big deal for "Action Comics" in 2011... well, until it was reset to #1 that is, nevertheless the variant cover by Adam Hughes (in tribute to Neal Adams and "Superman #233") was voted as the best cover for this past year. In its final season "Smallville" once again takes out the No. 1 spot in this category, only having missed out winning this award once (in 2006 when it was beaten by "Superman Returns"). 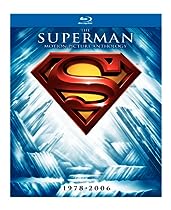 Amazingly we had dual winners in this category this year... and neither of them were "Smallville" related. In fact both are Christopher Reeve related, with the Superman (Christopher Reeve) 12-inch Figure and Superman: The Motion Picture Anthology Blu-ray collection both grabbing 24% of the votes.

It's really no surprise to see the final episode for Season 10, and indeed the series finale, chosen as the best episode this year. "Homecoming" was a worthy runner-up.

Last year Michael Shanks took out top spot, however there was no denying Michael Rosenbaum's return for the final season of "Smallville". Although John Schneider's return came in a close second.

This new category for 2011 saw the premiere episode of the "Young Justice" animated series a clear winner.

Another new category for the 2011 SHIELD Awards. While it was really no surprise to see Superboy voted your favorite character in "Young Justice", it was interesting to see Aqualad beat out Robin for second spot.

That concludes the SHIELD Awards for 2011. We look forward to a great 2012 and another SHIELD Awards ceremony in a year's time. Thank you all for your participation. Thanks also to BuySuperheroCostumes.com for this year's prize.